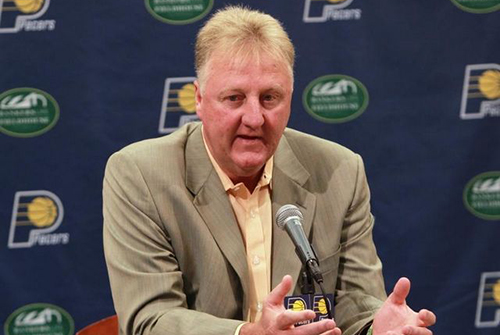 I once heard about a guy (Larry Bird) who posted a pair of slightly worn 20″, 8 spoke rims (Gerald Green, Miles Plumlee) on Craigslist (the trade wire). They were alright, just not brand new. One looked a little older, a little more worn than the other. They had gotten some attention the last time the 2012 Bugatti Veyron Super Sport (Indiana Pacers) was entered into the car show, but that “other” car, the Barabus TKR (Miami Heat) just edged it out in the seven scoring categories (Eastern Conference Finals) used to judge cars at the show (NBA Playoffs).

This guy needed an upgrade, so to speak. After all, he wasn’t there (stepped down) in the 2012-2013 car show and couldn’t make the changes he would have wanted to change. Now he was back, with the car title in hand, ready to improve what he saw from the sidelines last year (49-32, Central Division Winner).

He found a buyer (Phoenix Suns) who offered him not some stylish rims, but instead a little muscle (Luis Scola) in the form of a slightly older chassis design. It would help him on those days when his prize chassis (David West) just wasn’t getting it done or he just needed a breath of fresh air (substitution). The guy thought he might even be able to use that second chassis to help the look of his much talked about tires (Danny Granger, George Hill, Paul George and Roy Hibbert). He believed those tires to be his bread and butter. The guy was ecstatic, feeling as if he was getting a steal of a deal, as he’s gotten in the past (Eric Piatkowski, Pooh Richardson and Malik Sealy for Mark Jackson and Greg Minor circa 1994). He made the deal and drove off into the sunset (offseason).

When the next car show came (2013-14 NBA season) the guy was ready. He came prepared. He had depth, speed and a solid underneath challenge (in the paint) for the Barabus (Heat). He had a lot more tools at his disposal (deeper bench) than he did at the last car show. After dispatching the lesser challengers such as the ancient Shelby Supercar Ultimate Areo (Brooklyn Nets) and the Hennessey Venom GT (Chicago Bulls), the Bugatti was ready to face off against the Barabus for the third year in a row. The crowd was hyped. The rematch of the century.
Sweet dreams are made of these!

And then I woke up, in my bedroom. It was three in the morning and the fourth consecutive episode of Sportscenter was on. Somewhere, buried in the show, was the report about the trade between the Indiana Pacers and the Phoenix Suns. They talked about how much deeper the Pacers had gotten with this trade. How West now had some help. Versatility and depth were the words another media outlet had given the trade.

There was a commercial that soon followed that story, and I could have swore it was a commercial for the new Chrysler 300. Stylish, functional, fast – and had good gas mileage. Wonder if they drive those in South Beach? Nah. Just ask Sonny and Rico. It’s all about the flash of the Barabus, which has gotten it done for the last two car shows (seasons). Wonder what’ll happen when the 300 comes into town. Now that’s a movie, I thought, as the TV droned on and my eyes got heavy again and sleep overtook me like the start of another NBA season – quickly and much anticipated.