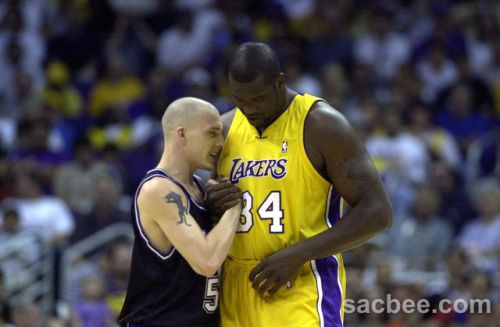 A few months ago, after he secured ownership of the Sacramento Kings, Vivek Ranadivé allowed the public a glimpse into the business strategy of a multi-billionaire technology mogul.

“I’m going to do what I do in my business, which is surround myself with people that are way smarter than me,” he told Sam Amick of USA Today.

Since then, he’s hired a coach that knows more than a thing or two about defense in Michael Malone, up-and-coming general manager Pete D’Alessandro and NBA Hall of Famer Chris Mullin as an advisor to basketball operations.

His latest move, though, adding a minority owner, was the biggest of all – figuratively and literally. Monday, the Kings announced the addition of Shaquille O’Neal to the ownership group.

O’Neal caps off an eventful summer in Sacramento just as the new season dawns. The latest name to join the Kings’ prospective turnaround is the most well-known, by far, and will bring a multitude of assets to the table.

Above all else, O’Neal brings the Kings something, save for peak years in the early aughts, they’ve almost always gone without: National recognition.

With a personality to match his stature, O’Neal is sure to attract Sacramento attention it isn’t used to getting, shining a light on a rapidly evolving franchise looking to rid itself of the negative perception it’s had in recent years.

O’Neal is a key part of one of the game’s most beloved groups, the TNT “Inside the NBA” crew. The former Lakers center wasn’t shy about voicing his opinion in favor of keeping the Kings in Sacramento last spring, so expect even more shout-outs now that he has an ownership stake.

One of the most recognizable athletes in the country (and possibly the world), O’Neal is a master of self-promotion and his presence alone does wonders to raise the Kings’ profile. To have him as an invested partner, actively working to promote the team is a marketing coup and genius move on the part of Ranadivé.

The public perception, though, could have ramifications that go beyond just affecting the minds of NBA fans, and has the potential to impact the Kings’ on-court product. No, don’t expect O’Neal to suit up in a Kings jersey (though the team could use a backup center), but having him on board may play a role in attracting free agents to Sacramento.

2014 boasts the strongest free agent class since “The Decision” and, while the Kings won’t sign the likes of LeBron James, a well-run, up-and-coming young franchise may be able to snag someone (Luol Deng? Greg Monroe?) who would have scoffed at the previous regime.

A group comprised of basketball minds like Malone and D’Alessandro, the business mogul Ranadivé and charismatic legends Mullin and O’Neal sitting across from prospective signees could be as good as just about any other pitch team in the league.

The Sacramento Bee even postulated that the addition of O’Neal could impact the progress of constructing the team’s arena, a process which has been presented hurdles in the form of a Chris Hansen-funded arena-opposition group looking to vote down the publicly-backed building.

If the addition is nothing more than a PR move, it’s likely to be worth it, but there’s another role O’Neal hopes to fill as DeMarcus Cousins’ mentor.

Back in June, O’Neal made some news when he said that he’d “make DeMarcus Cousins the best big man in the game.” At the time, O’Neal’s role with the team seemed nebulous and Cousins hadn’t even heard from him, but now, with his position in the organization official, O’Neal has assured that he’ll mentor the Kings’ young star.

His mentorship role comes at an especially important time for the Kings, as the team is reportedly in contract negotiations with Cousins, which will likely end in Sacramento’s centerpiece being awarded a max-contract.

With so much invested in Cousins, Sacramento would be wise to do everything in its power to help him reach his full potential. Surely O’Neal, on a short list of best centers the league has ever seen (and someone Cousins watched and perhaps admired as well), has as good a chance as any to reach Cousins and steer him in the right direction.

O’Neal is the ultimate Swiss Army Knife for the Kings and, thus far, it looks like Ranadivé has been successful in implementing his business strategy.

There are plenty of smart people surrounding him in Sacramento.