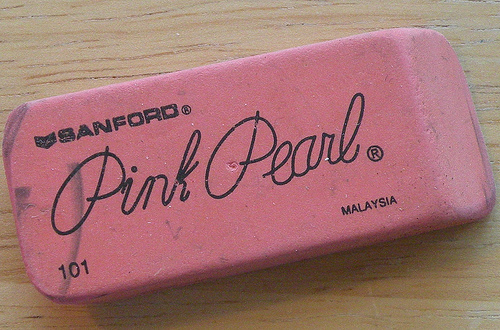 Since a promising victory in the season-opener, the Sacramento Kings have taken a nosedive. Five embarrassing losses later and Michael Malone has had enough – it’s time for a change.

“I’ve been asked a lot of times before games, ‘How many games do you need to see before you make changes?’ Well, I’ve seen enough at this point,” Malone said following Saturday’s 85-96 defeat. “We’ve played six games and it is more than a broken record.”

And how can you blame him? There have been two constants during the overhaul of a franchise that’s passed regimes: the fans and the players. Both groups stand around watching the games, but only one has the ability to affect the outcome on the scoreboard. At a certain point, you have to put the onus on the players.

Since he was hired in May, Malone has preached a specific playing style and mentality, and the Kings clearly haven’t embraced. Despite the hard-nosed, passion that their coach brings to the table, the players look as apathetic and effortless as they ever did under the Maloofs and any of their previous six coaches.

Defense has been dreadful and offense has been non-existent. Sacramento has had some close games, but small deficits were had largely because of the efforts of two or three players, namely DeMarcus Cousins, Isaiah Thomas and Ben McLemore.

The first two are likely to play similar roles tonight as the have throughout the team’s first six games, but expect the rookie to get the starting nod. His veteran counterpart, Marcus Thornton, has been arguably the most underwhelming Kings player of all. Billed as a sharpshooter, capable of swaying outcomes of games, Thornton has shot 33.3 percent from the field and from distance, his supposed specialty, a staggering 27.6 percent. It would be one thing if Thornton under-delivered offensively and provided a defensive spark, but he’s hurt the Kings defense when he’s been on the floor too. He currently has a defensive win shares rating of 113, one of the worst on the team.

The forward slots in the starting lineup are sure to receive a shake-up as well. Patrick Patterson has immensely underachieved – 32.2 percent from the field, 22.2 percent from three, 5.7 points and 4.7 rebounds a game aren’t numbers you’d expect from a starting NBA power forward. Jason Thompson is an option, but his lackluster performances coupled with his constant complaining make his chances, considering Malone’s prerequisites, questionable at best.

Don’t be surprised if Travis Outlaw, who’s received a lot of time as a small ball power forward, usurps both of them. That leaves the small forward spot, though, which would be best suited for Luc Richard Mbah a Moute, if he was healthy. He hasn’t seen much of the floor this season, so it’s difficult to expect much out of him yet.

Finally, amidst all of the turmoil in Sacramento, the Kings will have to face one of the season’s most daunting opponents, the Brooklyn Nets. Like the Kings, the Nets haven’t started off so well, with just a 2-4 record entering tonight’s game, but they present matchup problems across the board regardless.

Brook Lopez, Brooklyn’s sizeable backcourt and Paul Pierce should give the Kings considerable trouble on defense, with their ability to create their own shots and open up the floor for others.

It will be a difficult task for Sacramento to put the brakes on their slide tonight, but with changes, they have an opportunity to begin moving in a different direction.