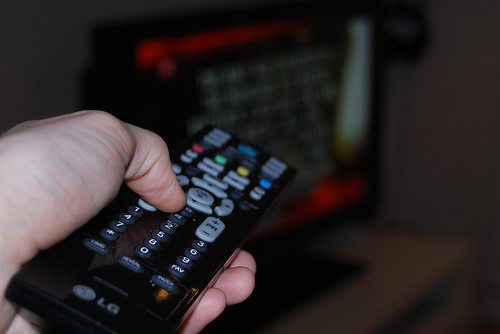 Nine games into the 2013-14 season and the Sacramento Kings are already airing re-runs, and not of the good stuff.

No, Sunday night played out very much like a number of Sacramento games already have this season, with the team falling victim to its own mistakes early and then putting together a comeback effort that fell short because the aforementioned flaws proved too fatal.

In the latest episode, the Kings lost to the Memphis Grizzlies 97-86 at home, displaying a defensive presence and offensive ineptitude that has plagued Sacramento throughout the beginning of its season.

Isaiah Thomas reprised his role as the leader of a band of misfits off the bench that unsuspectingly stages a late-game surge. As always, he was active and aggressive, pushing the pace and trying to energize a Kings offense that slipped into a coma in the first half.

Sacramento’s diminutive point guard zipped around the court, per usual, attacking the basket and finding openings for himself (and others, on occasion), but even he had a look of exhaustion with being in a familiar, undesired situation yet again.

Thomas wasn’t alone, though, as recurring cast member, Travis Outlaw made an appearance in lieu of the series regulars starters. Although he entered the season with virtually no expectations, Outlaw has been a reliable option for Malone off of the bench. His talent and statlines are anything but consistent, but he always seems to play with effort when called upon.

Sunday happened to be a night that Outlaw was able to turn his energy into impact, stealing the show (albeit in a loss) from the rest of his teammates. Outlaw, who has played power forward on several occasions before, filled the spot when Malone was upset with the starters, and he was immediately effective.

The pace of the game picked up with the entrance of the Kings’ smaller lineup and Outlaw, who quickly knocked down a few threes, sparked fastbreaks by grabbing defensive boards and brought Sacramento within a few points of the lead before they eventually stalled.

Ultimately, though, as has been the case for most of the season so far, the bench’s late-game efforts were fruitless. Miscues at the beginning of the game ended up being too much for the Kings (2-7) to overcome.

Entering the game, Marc Gasol and Zach Randolph were the focal point of the Kings’ defensive gameplan, but they took over nonetheless. The stout, imposing Randolph bullied Sacramento defenders into allowing him whatever post position he desired, and routinely got the ball right around the basket.

Gasol faced similar opposition, or lack thereof, and gracefully orchestrated Memphis’ offensive attack. From the high-post, he got his own offense and found plenty more for his teammates, whom Gasol assisted on nine baskets.

While the Grizzlies (5-5) were bruising their way into the heart of the defense, the Kings were floundering offensively. They only mustered 34 points in the entire first half – a number they nearly matched in the third quarter alone – with an abysmal 32 percent shooting from the field.

With all the trouble it had scoring in the first half, it’s no wonder Sacramento failed to overcome a 20-point deficit; that would be too far-fetched for a work of fiction, even.

The ink has yet to dry on the Kings’ season, so there is still time to rewrite the script, but through nine games Sacramento looks like an untalented team, developing detrimental habits.

This show is facing an unexpected early cancellation.