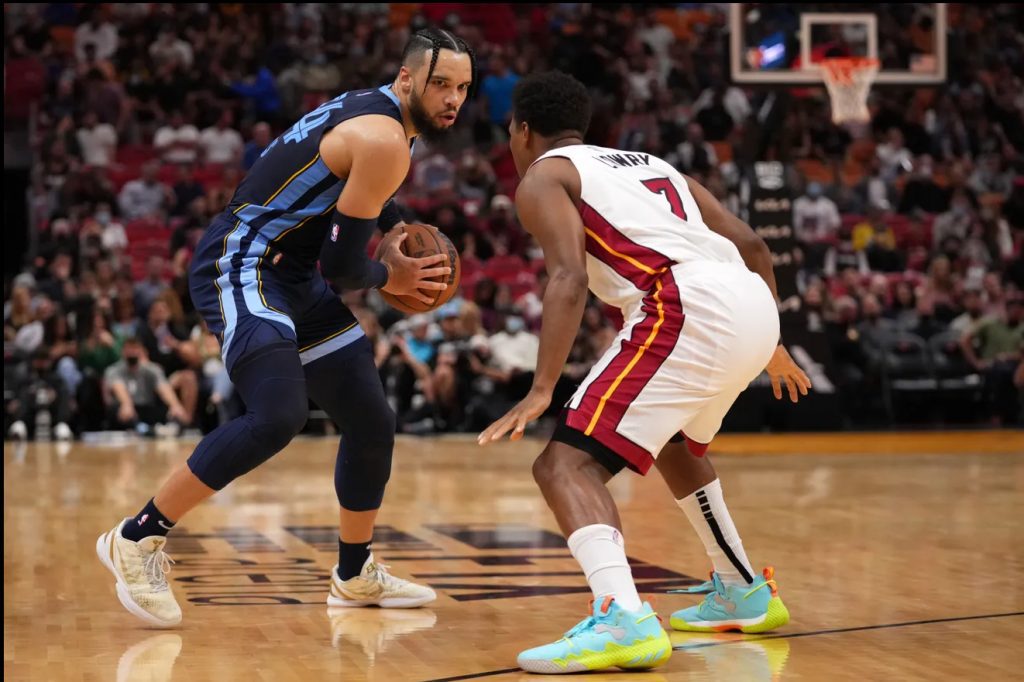 Monday Night Football usually draws much of the betting focus for Monday night, but there were some great NBA opportunities as well. The Memphis Grizzlies picked up a 105-90 win against the Miami Heat in a game that could have paid off in a big way.

You could have gotten the Memphis Grizzlies at +4.5 by looking at the best NJ free bets that were out there. BetMGM had those odds, and there never really was a doubt that Memphis was going to cover the spread or even win the game outright.

Betting on the NBA in the regular season continues to be a challenge as there seem to be upsets nearly every single night. Memphis is one of the better teams in the Western Conference, but going on the road and beating Miami so handily was a stunner. The Heat continue to deal with several injuries, and star Jimmy Butler re-aggravated an injury on Monday night. Losing Butler during the game hurt the Heat, but his absence could have a much bigger significance moving forward.

Memphis jumped out to a 34-25 lead after the first quarter, and the game was never really in doubt from that point on. The Grizzlies won the next two quarters, which allowed them to coast to a victory on the road. Desmond Bane and Dillon Brooks each scored 21 points in the win, and all five Memphis starters scored at least 14 points. The Grizzlies continue to be without point guard Ja Morant as he is dealing with an injury.

In the loss, Miami got 17 points from Kyle Lowry, and Tyler Herro scored 24 points off the bench. The Heat have a deep team, but playing without some regular starters has really started to become an issue in Miami. The loss dropped the Heat’s record to just 14-11 on the season, and it’s been a whirlwind of a start for Miami. This team continues to be one of the more talented teams in the NBA, but that just hasn’t translated to a number of wins.

Despite the 14-11 record for the Miami Heat, they remain one of the betting favorites to win the Eastern Conference. The East has started to become more competitive over the last few years, and Miami should be in the mix. Currently, the Heat have odds set at +500 to win the East, which is actually the third-best odds. The Brooklyn Nets (+145) and the Milwaukee Bucks (+300) are both ahead of Miami in the standings and when it comes to the odds.

Miami has a pretty big advantage as they compete in the Southeast Division. This is arguably one of the worst in the NBA, and the Heat should be able to stack up some wins by playing against division teams.  The Heat are pretty big favorites to win the Southeast Division with odds set at -165, and the Atlanta Hawks are really the only team with a legitimate shot at competing. Atlanta now has odds set at +210 to win the division, but that’s another struggling team.

Memphis is now 14-10 on the year after picking up this win in Miami, but you aren’t going to find the Grizzlies with favorable odds to win the division or the Western Conference. The Grizzlies are putting together a pretty talented roster, but there are also some holes there. Memphis has odds set at +135 to win the Southwest Division, but it would be a pretty big upset to see them pull it off. To capture that division crown, the Dallas Mavericks are the betting favorites at -165.

Making the playoffs is going to be a challenge for the Grizzlies, and the Western Conference betting odds reflect that. Memphis has odds set at +3200 to win that title, which has them in 9th place on the list.

Things can change quickly in the NBA, and teams continue to deal with COVID-19 protocol or other injuries or illnesses. The betting odds will continue to change as the season moves along, but Memphis and Miami aren’t ever going to be elevated to title-betting favorites.