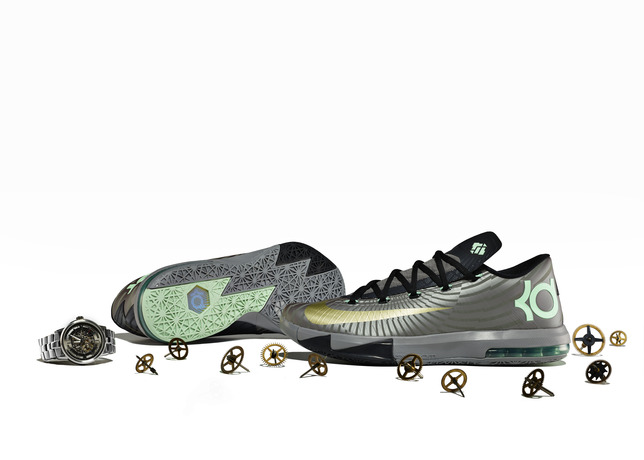 Kevin Durant is probably the first Nike Basketball athlete where the stories behind his shoes were more intricately marketed and more fully conveyed to the masses, even more so than LeBron James. Prior to him, much of the background behind various shoes by Nike were abbreviated, truncated, and sometimes just a matter of hearsay and rumor (particularly in the heyday of the Air Jordan years). Luckily for us all, Durant is eager to share what inspires him and what’s touched him, and even more luckily for us, Nike has made good on enriching his footwear with anecdotes that actually bring something meaningful to his shoes, this time, in the Nike KD VI Precision Timing.

By way of Nike: 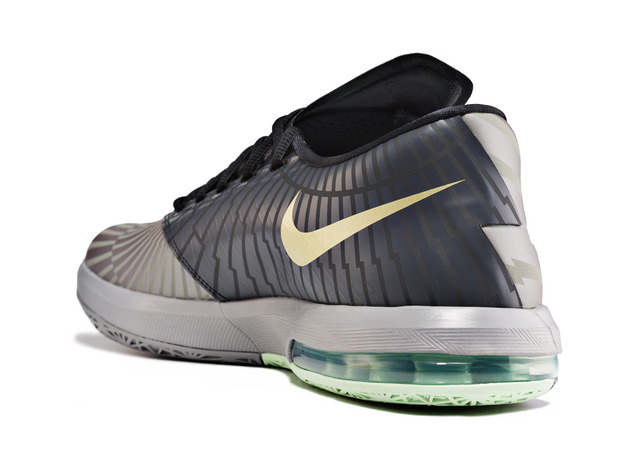 The intricate craftsmanship of a wristwatch inspired Nike designer Leo Chang while creating the Nike KD VI.  The small details were obsessed, with the performance attributes and aesthetics made to work in tandem.

Like KD’s game, the details matter. Whether it’s footwork precision or his sharpshooting from 30-feet, Durant is a student of the game who recognizes that small, fundamental details can make him a better player.

The KD VI Precision Timing colorway brings clockwork details to life. The upper features radial machining lines, which mimic fine wristwatch detailing, that are reflective. The Swoosh and KD logo are show micro machining marks. Metallic silver and gold throughout the shoe further the clockwork storytelling, with mint accents setting off the shoe.

The numbers ‘35’ and ‘6’ are hidden in the secret logo on the shoe’s tongue—intricacy designed by Chang himself. 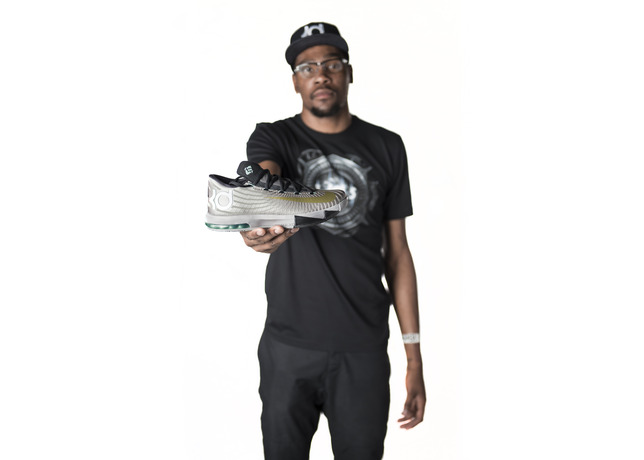 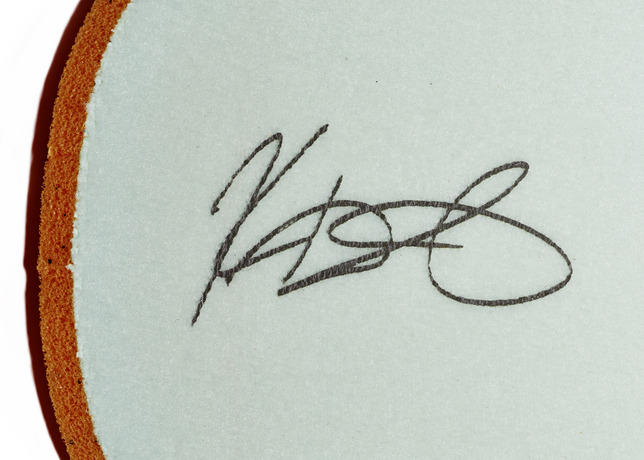