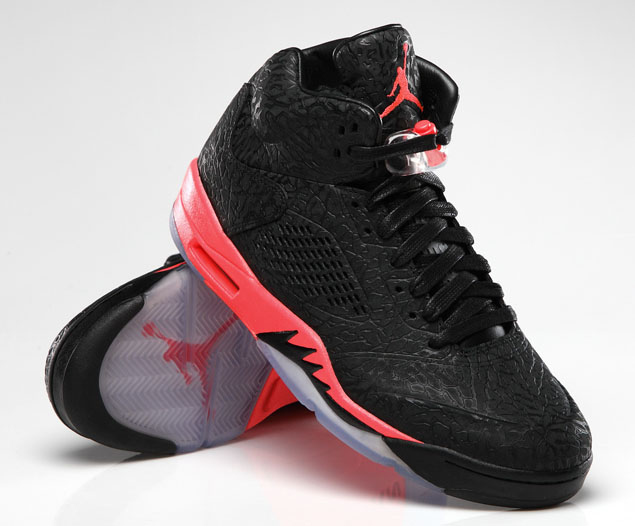 There was a lot of end-of-year hype and hoopla over the next best round of sneakers to release for hardwood play in 2013. Of course, there was the usual holiday fare, which meant Christmas joy and excitement for everyone looking to close out on their next great instant classic and holy grail kicks. Not to be outdone, Nike (and Jordan Brand) made sure to make the end of 2013 memorable and start 2014 out the right way, starting from New Year’s Eve to New Year’s Day. 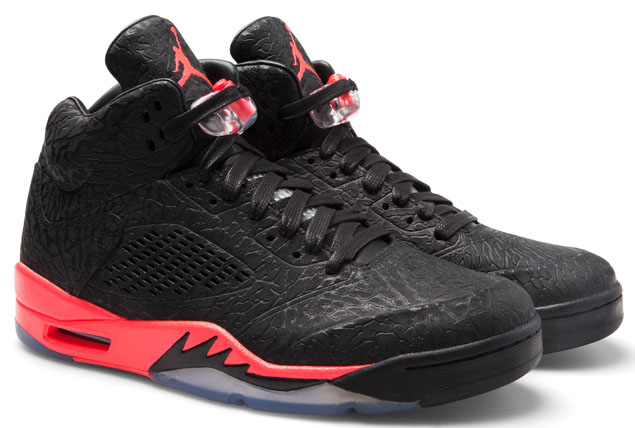 A new take on the Nike Air Jordan V, the 3LAB5 ‘Infrared’ is a canvas that makes the famous elephant print more prominently featured with the signature hits of infrared. Though not considered much a performance sneaker in this current era of basketball footwear, the Air Jordan V (or Air Jordan 5 Retro, these days) can still hold its own and is still worn with vigor by various players today looking to prove they have juice in the kick game.

Here’s what Nike has said about the 3LAB5 ‘Infrared’:

The Air Jordan 3LAB5 ‘Black/Infrared’—the second colorway in the Air Jordan 3LAB5 series—is about to launch. The design draws on design elements of previous, iconic Jordan sneakers, including a black elephant print upper and visible Nike Air reminiscent of the Jordan III. The upper boasts an asymmetrical form and the outsole includes translucent rubber—classic features of the Jordan V. The infrared Jumpman logos and midsole complement the mostly black shoe.

Also previously unseen here at BMF is the Nike Kobe 8 ‘Year Of The Horse’: Quite possibly the last colorway to be release of the KobeSystem 8, this ‘Year Of The Horse’ edition is a beaut in its form, and its function may be one of the most underrated aspect of the sneaker itself. A major aspect of the Kobe 8 is that its upper is made almost entirely of Engineered Mesh — the first basketball shoe of its kind to do so, making the Kobe 8 extremely flexible during play, but supportive with its Lunarlon (or earlier Zoom Air) drop-in sole and midfoot arch plate.

See below of the Kobe 8 YOTH below, with a few words by Nike:

Celebrating the arrival of 2014 and the Year of the Horse, the Kobe 8 features a unique graphic pattern on the upper with citron and blue highlights. 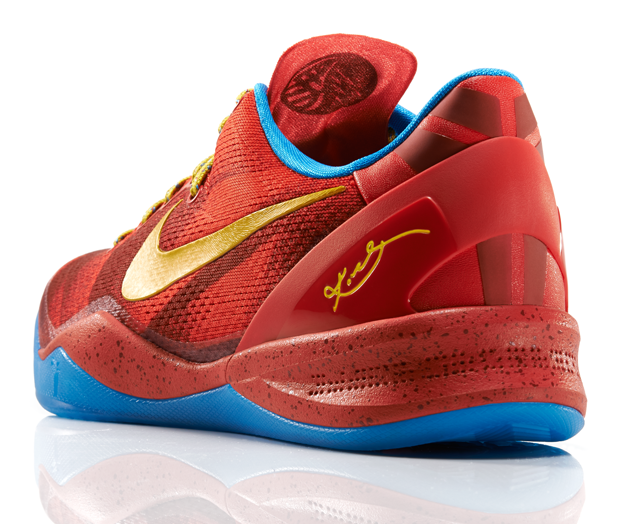 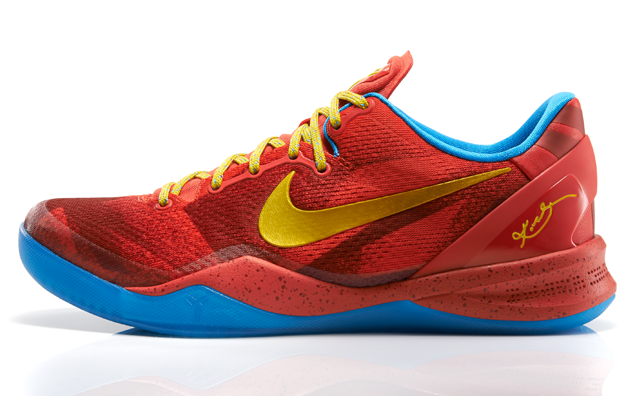 Also not to be forgotten are the LeBron 11 ‘Mica Green’ and the debut of Cleveland Cavs point guard Kyrie Irving’s second pseudo-signature shoe (the Hyperdunk 2013 is his first ‘inspired by’ Nike sneaker), which you can read more about here and here and also see below: