The internet is abuzz with (unconfirmed) speculation of a new album from Adele, potentially titled 25 (in keeping with her pattern of naming albums after the age at which she recorded them). 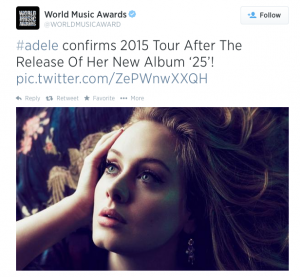 And yet Adele’s own Facebook page remains untouched since February 2013, and her official Twitter feed has no “official” announcement of the new album.

But let’s not forget that this is the same gal who dropped a Bond on us via this simple tweet about “Skyfall”: 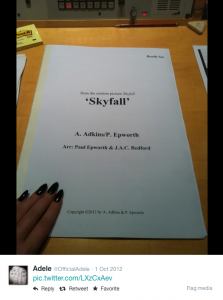 So maybe she’ll take a page out of the book of Queen B and surprise us with a completed new release when we least expect (but most desire) it.