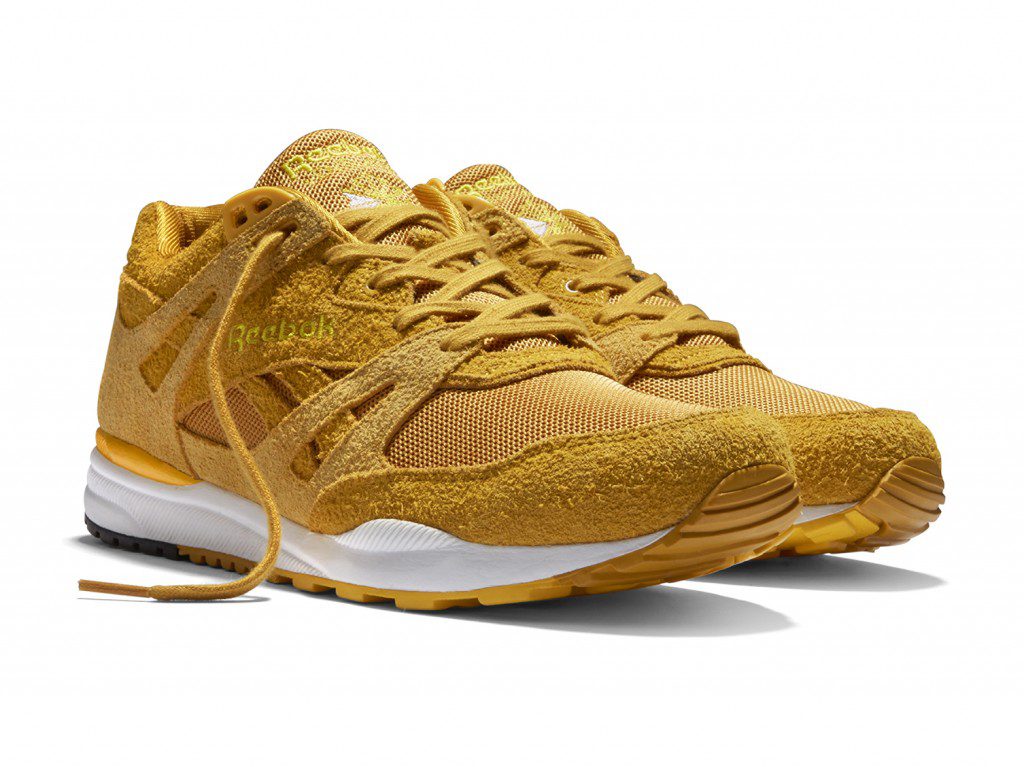 Travi$ Scott made a surprise appearance at the Trillectro Music Festival in Washington DC this weekend on Saturday, August 23rd. He wore the Reebok Ventilator sneakers (trophy gold/retro yellow/black/white, $90) and ripped up the stage in his unpredictable, bombastic manner. One of the highlights of the night, Travi$ Scott played a mix of tracks from last year’s Owl Pharaoh as well as new material off his recently released mixtape Days Before Radio. During his performance he jumped into the pit for an epic crowd surf, and returned to the stage to perform “Don’t Play” with Big Sean, as the concert closed with Big Sean’s set. The Reebok Ventilator is available for $90 at retailers including Jimmy Jazz, Urban Outfitters and Reebok.com. 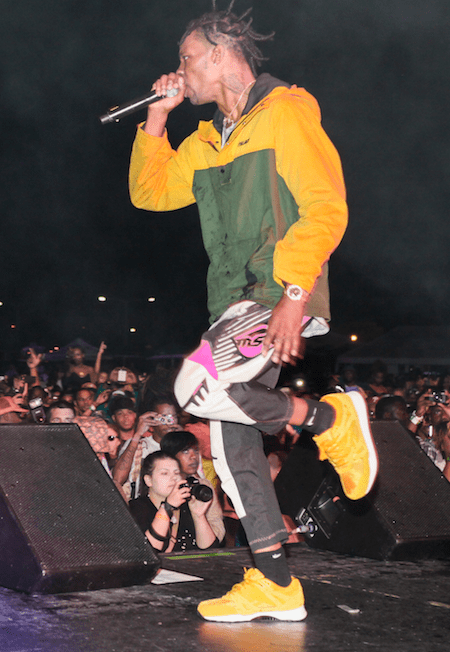 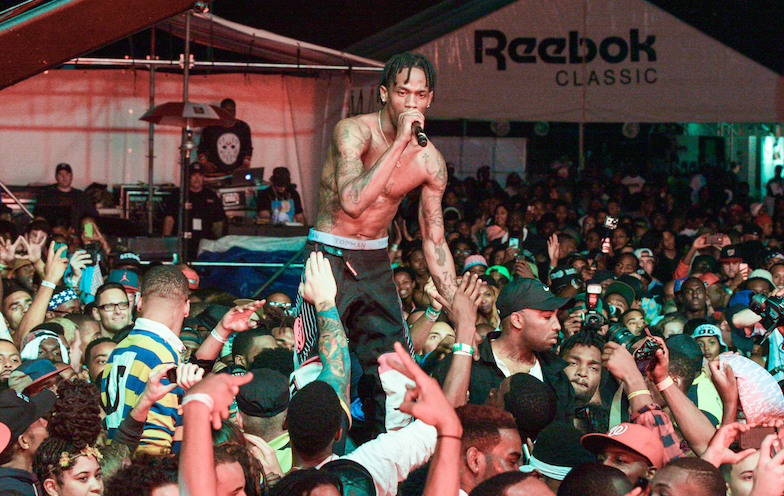 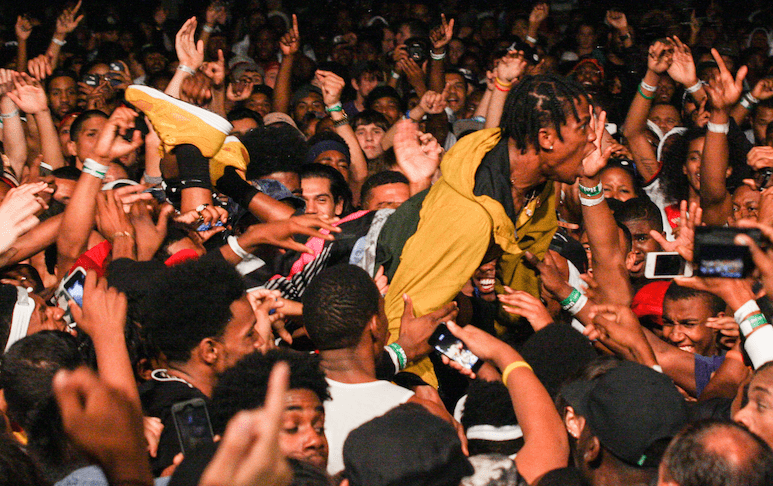 >>> BMF Style: The Baller Mind Frame is more than the roundball – it’s the lifestyle that surrounds the ball. BMF Style brings you the best styles in sportswear, fashion apparel, and accessories for when you’re away from the court, whether you’re checking for new gear or for your favorite NBA players’ pieces outside of the locker room.