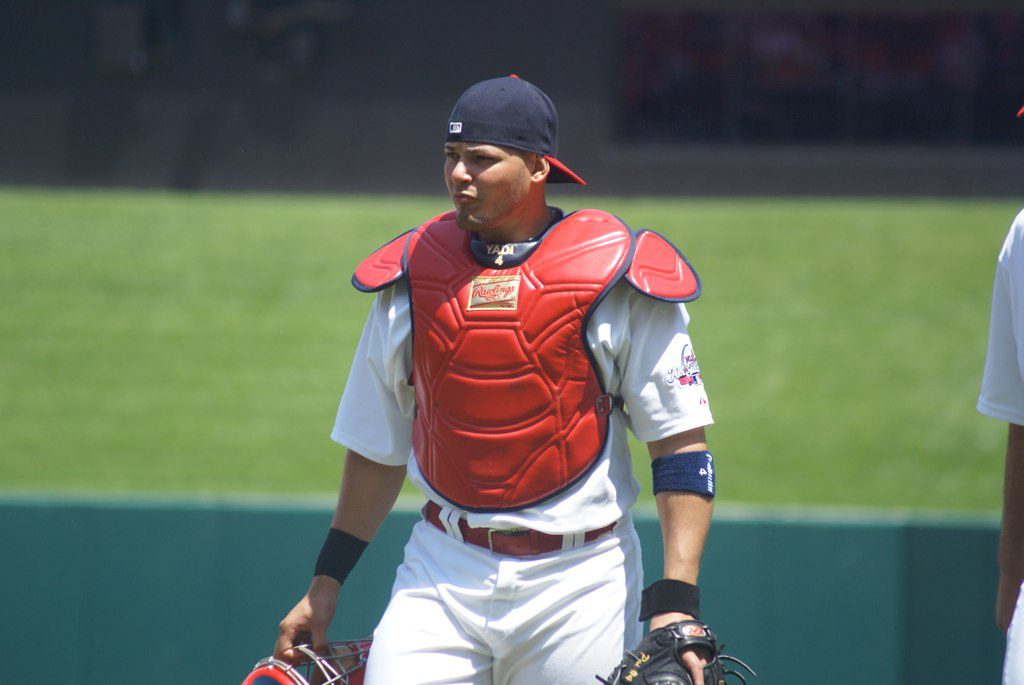 As the National League division and wild card races tighten up, teams are attempting to distance themselves from the pack. My predictions in this article will determine which NL teams will make the playoffs and why they’ll separate themselves down the stretch.

The Nationals have the perfect mix of elite starting pitching, a dominant bullpen, and timely hitting. While Stephen Strasburg is the most recognized pitcher on the staff, three of his fellow starters have a lower ERA. Doug Fister, Tanner Roark, and Jordan Zimmerman are three outstanding, yet underrated, starters outshining Strasburg. They also have Gio Gonzalez, who can be one of more effective pitchers in baseball when he’s on. Jayson Werth and Anthony Rendon are two of their better hitters, but this lineup won’t blow anyone away. With strong pitching though, the lineup is capable enough to get by and clutch when it matters most. Quite simply, the Braves are in the picture but arguably worse in every facet of the game than the team they’re chasing. This division will be won by Washington.

This is the toughest division to read in all of baseball. The Brewers had a sizable lead for a large chunk of the season but the Cardinals and Pirates never seemed out of it. With Yadier Molina returning from injury and the likes of Adam Wainwright leading the pitching staff, it’s hard to go against St. Louis. Look for Milwaukee to fall off and finish all the way back in third place. The wheels are falling off at the wrong time for them as their starting pitching trends downward. Pittsburgh needs a fully healthy Andrew McCutchen to make a strong run but they’ll at least have enough to surpass the Brewers. Wainwright, the return of Molina, and a quality lineup will result in the Cardinals taking the division.

The Dodgers and Giants have taken turns having large divisional leads. Not too long ago, it appeared that Los Angeles would run away with the division as the Giants were free falling. That’s no longer the case as the Giants offense has stepped up, primarily a result of Buster Posey finding his form and Joe Panik solidifying the second base position. The bullpen roles have also become defined and Sergio Romo has rediscovered how to be an effective reliever. Even with the positive changes for the Giants, the Dodgers should take the division on talent alone. Yasiel Puig is a prime-time performer who should excel down the stretch. The Dodgers also have the best one-two combination of starting pitchers with Clayton Kershaw and Zach Greinke. The talent in LA will be enough for them to hold off the Giants.

First and second place teams could alternate spots, leaving a load of teams capable of moving up or falling back into a wild card position.

The Giants are poised to snatch the first wild card spot. Bruce Bochy is possibly the best manager in baseball, a luxury that’s critical during a late season run. We also can’t forgot that Boster Posey is a former MVP and capable of putting a team on his back. They’re also receiving great combinations from Jake Peavy, who could be an effective playoff starter because of his experience. He fits in nicely behind southpaw Madison Bumgarner and the ageless Tim Hudson. Finishing behind San Francisco in the wild card standings will be the Pittsburgh Pirates. With an electric home crowd and a deep bullpen, Pittsburgh just needs a healthy McCuthen and more consistent starting pitching. Much like last season, this team will come together when it matters most.

Recap of my playoff predictions