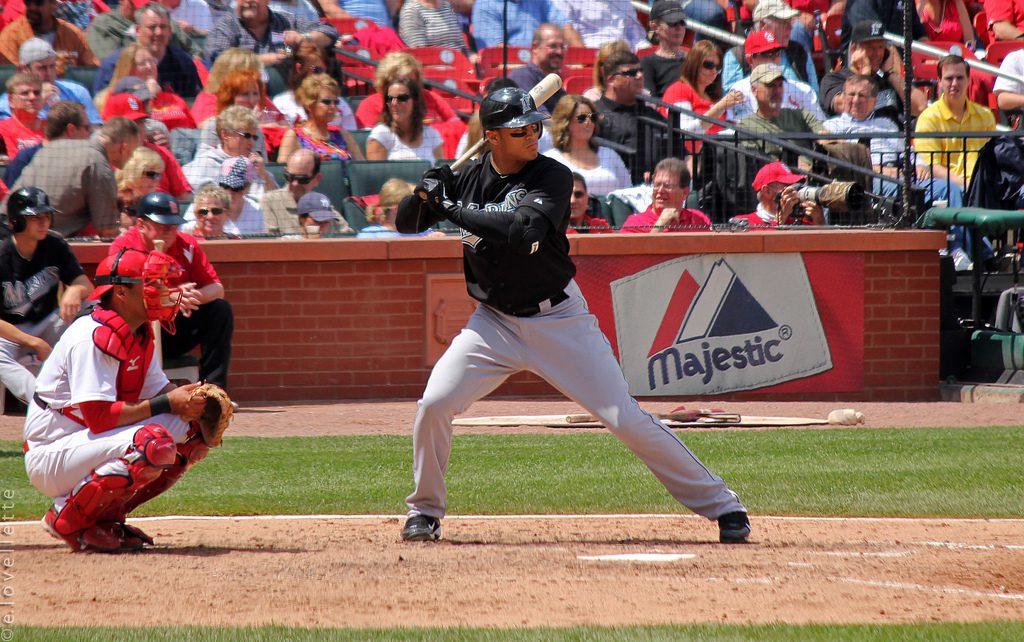 The National League major awards races are wide open. With roughly a month of baseball left, players and managers have the opportunity to showcase their talents in their quest of taking home valuable hardware. With clear and surprising picks sprinkled in, this article will provide insight into who has the strongest chance of receiving big time honors for their work this season.

NL Manager of the Year: Mike Redmond, Miami Marlins
The Miami Marlins are currently below .500 and aren’t realistically in the playoff race. While this would put most managers on the hot seat, it puts Mike Redmond in the mix for this reward. Consider this, the Marlins lost 100 games last year and lost stud hurler Jose Fernandez to Tommy John Surgery earlier this season. Even with an unproven starting rotation and limited interest from their fan base, Redmond’s leadership has helped the team hover around .500 all season. Seen as a player’s manager who effectively rallies his team, Redmond has a largely random collection of players in the realm of competition.

NL Comeback Player of the Year: Johnny Cueto, SP, Cincinnati Reds
Forced to miss the majority of last season with recurring lat injuries, Johnny Cueto has bounced back with a stellar year. He’s widely considered one the best pitchers in baseball after making only 11 starts a year ago. Tim Hudson is in the conversation for this award, but it’s hard to look past Cueto’s turnaround. He’s already exceeded 200 innings pitched and has surpassed his previous career-high in strikeouts. During Cueto’s last full season in 2012, his numbers were as follows: 2.78 ERA, 1.17 WHIP, and a .252 opponent batting average. He’s on pace to post better numbers in each category this year. That’s quite a comeback.

NL Rookie of the Year: Billy Hamilton, OF, Cincinnati Reds
In a poor rookie class, Billy Hamilton stands out as the favorite to win this award. He’s scoring runs, stealing bases, and batting leadoff nearly every game. While his on-base percentage is weak and his successful stolen base rate is unimpressive, Hamilton has been consistent enough to justify being seen as the best National League rookie. His RBI total is acceptable for a leadoff hitter and he’s racked up a solid amount of extra base hits. He also impacts the game with his speed at the plate and in the field. Hamilton has been an everyday player with moderate success. In this sort of rookie class, that’s enough to take home the hardware.

NL Cy Young: Clayton Kershaw, SP, Los Angeles Dodgers
Clayton Kershaw’s name carries so much weight these days that we may forget to take a glance at his numbers. With a legitimate chance to go two straight years with an ERA under 2.00, a WHIP under 1.00, and an opponent batting average below .200, it’s easy to see that Kershaw’s name lives up to the hype. Cueto and Adam Wainwright are having Cy Young-caliber seasons in a normal setting, but with Kershaw’s success this year, Kershaw is the only reasonable candidate. As a lefty with a deceptive delivery, devastating off-speed pitches, and pinpoint command, Kershaw will finish the season strong and win the Cy Young Award.

NL MVP: Giancarlo Stanton, OF, Miami Marlins
Should Giancarlo Stanton be punished for having sub-par teammates? Since his value is immense regardless of surrounding talent, the answer is no. Stanton could end up leading the league in home runs, RBIs, on-base percentage, slugging percentage, along with various other statistical categories. He tattoos the baseball with vicious assaults, but also hits for average. The Marlins are hovering around .500 with Stanton in the lineup. Without him, they would probably lose at least 95 games. In a year with no defined MVP, a player of Stanton’s dominance and value deserves to win the award in spite of his team’s struggles.