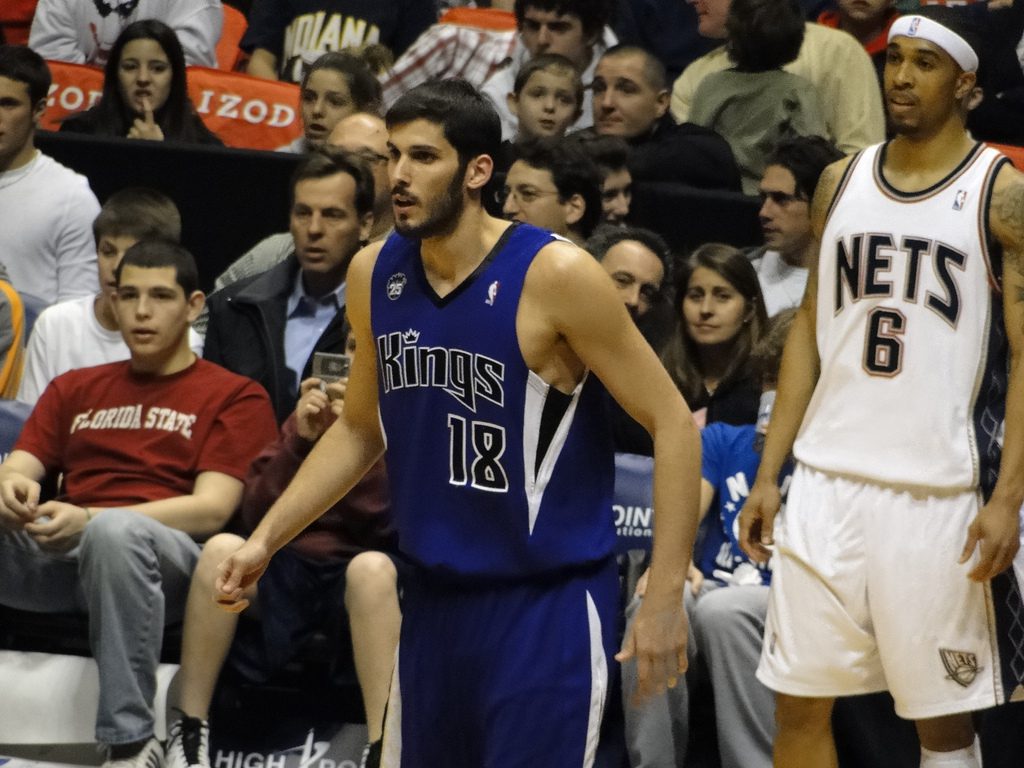 Pete D’Alessandro has prepared his team for a busy trade period with an offseason filled with small, money-saving moves to clear up cap space and allow the Sacramento Kings to afford some higher-scale players from now until the trade deadline.

Every trade and signing pursued throughout the offseason was spefically designed to free up as much room for future signings as possible, as the Kings’ only legitimate asset was a lottery pick with very little room to work, and very little money to spend.

The team has saved upwards of $8 million with money-saving proceedings in months prior to the upcoming season, and will debut a lineup with a look that will likely change in the near future as the team continues to add and subtract players. When comparing the 2014-15 roster to the 2013-14 roster to the 2012-13 roster, it’s clear that this team’s players will not have a permanent place in Sacramento, with the exception of a few key building blocks. Still, before this franchise’s evolution into a winning one is complete, this front office will pursue any possibilities it can to save money and assure success for the long-term.

With all the trades made before the season, it’s been difficult to determine which were designed to keep a player, and which were meant only to trade away a contract and waive the player recieved. Here is a brief recap of the aquisitions made by the Kings in the past offseason.

The most recent edition made by the team’s front office also happens to be the most popular among Kings fans, as Omri Casspi was officially signed on September 18. After playing 71 games for the Houston Rockets in the 2013-14 season off the bench, he did not perform to his full ability shooting 34.7 percent from three-point range. This pickup may be for the simple reason of giving Kings fans a returning player and a beloved player in Casspi, who was drafted by Sacramento in the 2009 draft at 23rd overall. Either way, his two seasons with his original NBA team has made his homecoming highly awaited in the weeks before his official signing was announced.

Able to play small forward and power forward, Casspi brings more to the Kings than just his familiarity with the organization. With the uncertainty in who will be named the started power forward, Casspi’s presence makes the decision less clear but more promising at the same time. Without a power forward with the ability to shoot the ball, the Kings would be left with only Jason Thompson and Reggie Evans to fill the space with the new absence of Quincy Acy. While he isn’t likely to be named a starter, Casspi’s ability to spread the floor at his position could be promising for the Kings. A front-court featuring Rudy Gay, Omri Casspi and DeMarcus Cousins would be well-spaced, full of shooting, and would give the team’s center plenty of room to work. Again, he won’t see huge minutes, but the addition of Casspi is a plus on the court and in the locker room.

Sacramento’s signing of Ryan Hollins was more out of necessity than anything else. The Kings haven’t had a decent big man to fill the space left by DeMarcus Cousins while he gets his few minutes of rest per game, as Reggie Evans was consistently sharing minutes at both the power forward and center positions. Hollins’ presence on the roster brings some short-term insurance to the team’s roster, although he will likely be a tag-on for a trade that will be made once the season comes along. If the team is going to pursue either another backup center or a power forward in the future, Hollins may be thrown in to sweeten the deal. For the time being, he’s a big improvement of Hamady N’Diaye, and his experience and size are both huge for Sacramento as he will be looked at to anchor the team while Cousins isn’t on the floor.

Eric Moreland’s signing with the Kings is an exciting one, as he has the potential to be the team’s leading shot blocker once he spends his time with the team’s D-League affiliation. At 22 years old, there’s plenty of room to work with and improve Moreland’s game as it is far from polished. That being said, his Summer League performances have given Pete D’Alessandro enough of a reason to sign him and give him a chance to earn his way onto the NBA roster. He may make the team if he impresses during training camp, or he may spend his basketball years with the Reno Bighorns and never step onto the floor in Sleep Train Arena. Either way, Moreland is a huge money-saver in that he is only trying to scrape himself into the league, and could turn out to be a worthwhile investment for the team’s front office.

Thus far, each of these three players has expressed a pattern: potentially gifted basketball players at a low cost, who are known around the Kings organization. D’Alessandro has no long-term players in mind other than DeMarcus Cousins, Darren Collison and possibly Derrick Williams if he performs well as Rudy Gay‘s backup this season. This team is going to change and continue to change for at least the next two years. We can expect to see anyone from Jason Thompson to Ben McLemore to Ray McCallum involved with trade rumors throughout the season, so don’t think this Kings team is set in stone. Everyone, including the team’s management, is circling 2016 as the year the franchise becomes a winning one. Until then, the organization’s look will be forever changing.

The Kings have recently agreed to terms with Ramon Sessions on a two-year, $4.2 million deal. Sessions will give the teams backcourt some more experience and knowledge of the league, as Sacramento had been displaying the most inexperienced group of guards in the league. While a starting spot is all but granted to Sessions, Ben McLmore and Nik Stauskas will both be pushed to compete for and win a role with high minutes. The team now has three shooting guards available, but will not compromise the development of McLemore and Stauskas, as the two will likely share playing time together with a possible lineup of Stauskas at the two and McLemore at the three. Both these young players will most likely overshadow Sessions’ minutes, but this doesn’t mean that he can’t have a productive year. Still, I expect that Sessions’ time with the Kings will be short-lived, as he too may be thrown into a trade while the team is looking to be increasingly aggressive.

The Sacramento Kings’ offseason was just a teaser of what’s to come in the 2014-15 season. Be prepared for the SportCenter, Yahoo! Sports, and Bleacher Report notifications on trade rumors surrounding what is going to be the league’s most aggressive team. The plan put in place by the front office has been an effective money-saver thus far. The next step will be to clear out the power forward situation and trade for a strong starting four, but who knows what the look of this team will be once the regular season rolls around.

The Kings now have plenty of money and room to work to make this a winning team by 2016-17.