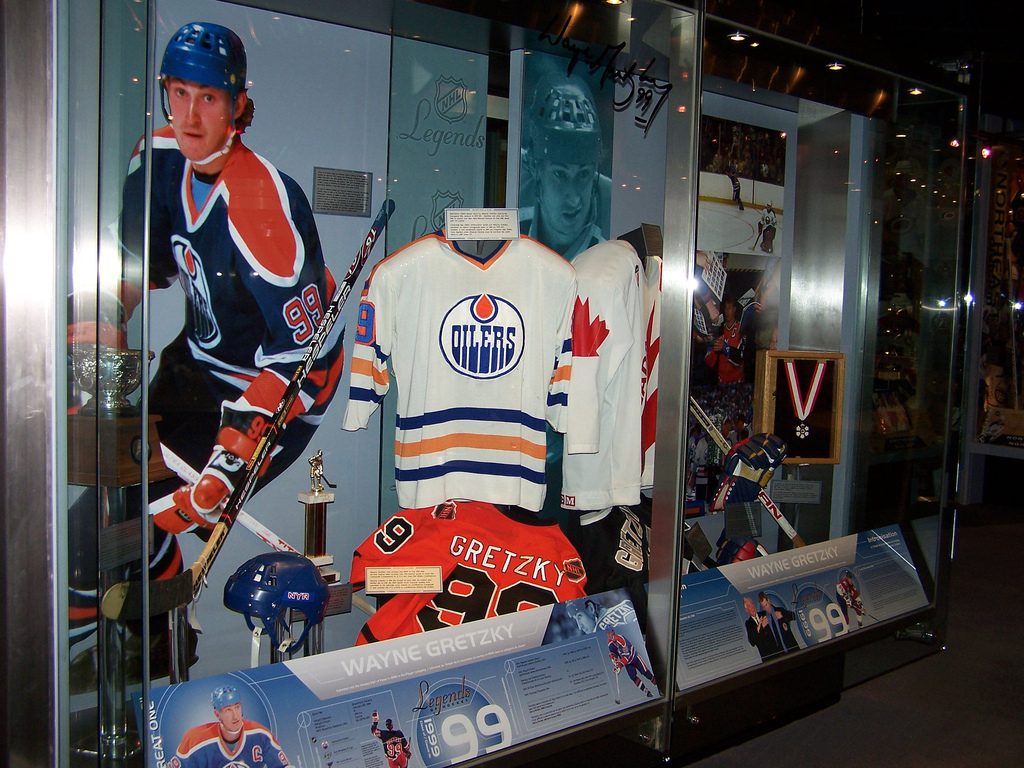 Statistically speaking there is no greater player in the history of the NHL than Wayne Gretzky. I could put up some of the numbers, but really they are just ridiculous. You can reference the era of hockey he played in or not, but The Great One earned the nickname bestowed upon him by the arenas full of people shaking their heads in disbelief at his talents. But is he the greatest hockey player ever? If you’ve read any of my columns you know I don’t just look at stats, and there is certainly a great deal of debate about this sort of thing.

Many would argue that Bobby Orr was the greatest player of all-time. An offensive threat as well as a solid defender Orr is certainly in the conversation. His stats don’t compare to those of many forward players, but it’s not exactly a fair comparison. I submit to you that the best player ever to lace up a pair of skates is Gordie Howe.

For those of you not in the Detroit area, or Canada Gordie Howe recently suffered a stroke. Mr. Hockey (yeah, pretty assuming nickname, but he lived up to it) played most of his NHL career for the Detroit Redwings, and is a Canadian icon, so I’m not sure what sort of coverage that story would get in other places. I never got to watch Gordie Howe play live, but I’ve seen the tape. There are some guys who could have played in any era and been great (Gretzky, Mark Messier, Mario Lemieux), and Gordie is for sure one of those guys. His speed and presence seemed effortless. He had natural hands that allowed for precision hard shots and a soft passes in the same breath. Now Gretzky and Messier both have more points than Gordie (Gretzky has over 1000 more), and only Gretzky has more goals, but few played the all around game the way Howe did.

There is a term (in Canada anyway) called the “Gordie Howe hat trick”. It is meant to illustrate when a player achieves the trifecta of a goal, assist and a fight in the same game. Not that this was an overly common occurrence for Howe (he only ever achieved it twice), this invention illustrates the type of player he was. Howe played a more grinding style of hockey that made him tough to play against offensively and defensively. Howe played before the time of the “enforcer” or “goon”. If you were going to be a superstar you had to watch your own back. It was this way until Howe reached a certain level of respect in the league. Howe played into his 50’s (not a misprint) in the days before helmets. He played on an NHL team with his son Mark Howe. There is an often famous quote from Mrs. Howe to the coach of the Hartford Whalers claiming “I am not happy unless all my boys play”, referring to both Gordie and Mark. Gordie was in the winter of his career at that point (he’d been in the autumn of his career for the better part of a decade), but the team needed to sell tickets and I’m sure he loved the idea of playing with his son.

Howe didn’t manage a Cal Ripken-like streak of consecutive starts, but when it comes to total number of seasons played only people playing professional golf can hold a candle. In terms of an all-around player Howe is beyond reproach in his abilities and the duration of time he was able to do them. Gretzky could have played a lot longer than he did, but he didn’t feel like playing anymore. Howe is now 86, and it is only a matter of time before, well I don’t even want to write it. Howe has been celebrated hundreds of times over virtually anywhere he played. I am not saying he needs a parade or a medal (I think he’s received enough of both), but it’s never a bad idea to remember those that blazed trails, were innovators, and left an impact. Thank you Gordie. Thanks for all of it.