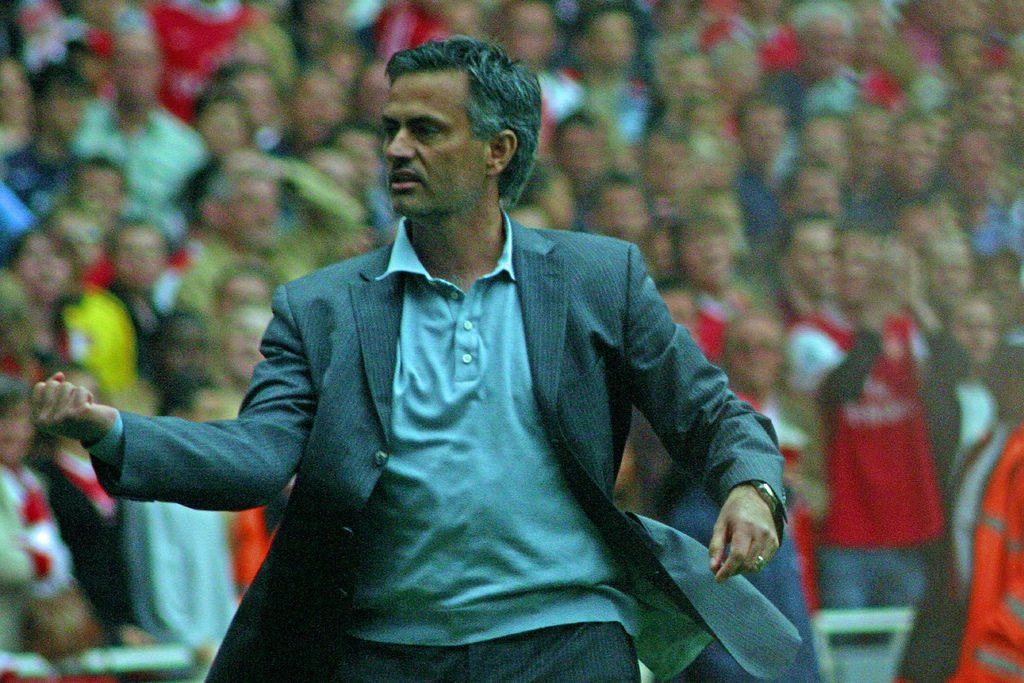 Five red cards, three goal-less draws, and a title race blown wide open. This and much more in this week’s edition of the Barclays Premier League Capsule:

The Blues suffered their first league defeat of the season, blowing the Premier League title race wide open. Talks of Chelsea repeating Arsenal’s “invincible” season were dashed when Papiss Cisse scored after the restart. Chelsea piled the pressure and even hit the post when Eden Hazard’s low shot rang off the woodwork before Papiss Cisse tapped in his second of the game after a clinical counter-attack from Newcastle. Chelsea managed to score a goal, after Steven Taylor was shown his second yellow and sent off, through Didier Drogba’s header. But Newcastle held on to upset Chelsea and end their unbeaten start to the season.

Papiss Cisse (Newcastle) – scored two goals and was clinical on the counter. He loves playing against Chelsea, and he will be marking the return fixture on his calendar.

Didier Drogba (Chelsea) – came on and found the net with a signature header. The Ivorian looked a threat but, despite his best efforts, couldn’t rescue his team from defeat.

The Tigers only had one shot on target the entire match in their goal-less draw with West Brom, but their Manager, Steve Bruce remains confident that his side can better last season’s league position where they finished 16th, four points safe of relegation. However, he will be hoping that his team can escape the relegation zone quickly this season after they drop to 18th. West Brom, meanwhile, will be gutted with the missed penalty. Graham Dorrans couldn’t convert, as Hull goalkeeper Allan McGregor saved to his left. And although this draw ends a run of four successive league defeats, West Brom will be looking at it as points lost, no doubt.

Allan McGregor (Hull) – rescued his team when he was called upon early in the match, and looked focused throughout afterwards. The save definitely increased his confidence.

Victor Anichebe (West Brom) – was a handful in the first half and won his team the penalty. He’ll probably be thinking that he would have scored if he had taken the penalty.

The Reds failed to continue their recent form, ending a run of back-to-back wins. Captain Steven Gerrard was left on the bench once again, and Liverpool looked lifeless without him. Sunderland offered very little themselves, and will be happy with the point.

Steven Gerrard (Liverpool) – left on the bench, but was an influence immediately after coming on. Gerrard will be hoping he can inspire his team to move closer to the top of the table.

Sebastian Larsson (Sunderland) – sent two corners into the box that his teammates should have converted. His delivery from set pieces unsettled Liverpool.

QPR recorded another home victory as they beat the Clarets to move one point clear of the relegation zone. It wasn’t until the second half that Leroy Fer gave QPR the lead. Leading scorer Charlie Austin doubled their lead but was sent off two minutes later, receiving his second yellow of the game. Burnley, though, couldn’t take advantage as QPR held on for the important win.

Charlie Austin (QPR) – provided the assist for the first goal and scored his eighth of the season before being sent off. He will be hoping to continue his form after he serves his suspension.

Peter Crouch scored the quickest goal of the season just 17 seconds into the match, meeting a cross to give the Potters a super early lead. Bojan Krkić made it two before Jonathan Walters scored a third to give stoke a 3-0 halftime lead. Arsenal picked up the pace in the second and were awarded a lifeline when Mathieu Flamini was brought down by Mame Biram Diouf. Santi Cazorla converted, and Aaron Ramsey added a second moments later when he volleyed in from a corner. But defender Calum Chambers received his second yellow, which made the comeback harder. As a result, Stoke held on for the win, moving them five points from the danger zone. Arsenal, meanwhile, remain sixth, four points from the top four.

Bojan Krkić (Stoke) – scored a goal and had another one ruled out for offside. The former Barcelona striker looks comfortable and confident.

Aaron Ramsey (Arsenal) – scored a wonderful volley to give his side hope, but was let down by his teammates.

Tottenham managed to hold on for a draw after a dominant Crystal Palace performance. Palace weren’t clinical, but nearly scored when Jason Puncheon’s shot came back off the bar. Tottenham are mid-table in 10th while Palace avoid the relegation zone by one point.

Hugo Lloris (Tottenham) – made four saves to deny Palace, had to be on his game after last week’s errors cost his team against Chelsea.

Yannick Bolasie (Palace) – caused Tottenham all kinds of problems with his pace. Unfortunately for him, his teammates weren’t clinical enough.

The champions recorded a narrow victory at home when Yaya Toure converted a penalty. Everton matched City, but couldn’t get on the score sheet themselves. City will be happy with this result, which now moves them to within three points of leaders Chelsea, but will be mourning the loss of Sergio Aguero after the Premier League’s top scorer suffered ligament damage in his knee. Reports suggest that he will be out for up to four weeks. Everton, meanwhile, have only won one game out of six, and drop to 12th place.

Yaya Toure (Man City) – was a strong presence in the midfield and bossed the match. Took his penalty with confidence to keep his 100 percent record in the league—7 for 7.

The Swans took the lead early on, but West Ham, inspired by Andy Carroll, turned it around to claim the victory. Carroll scored to level the match after Wilfried Bony had put Swansea up. Carroll added a second after the restart, and moments later, Swansea goalkeeper Lukasz Fabianski was shown a straight red for his challenge on Diafra Sakho. Despite Swansea’s best efforts to claim an unlikely draw afterwards, West Ham finished the tie through Sakho’s goal. West Ham move to fourth in the Premier League standings, while Swansea miss their chance to move into the top-five.

Andy Carroll (West Ham) – was a powerful force, and led the front line brilliantly. He scored two and provided an assist for the third, and will be looking to continue his form.

Wilfried Bony (Swansea) – scored another goal to take his tally to seven for the season so far. Previously tied with Man City’s Sergio Aguero, Bony is now the Premier League’s top scorer in the calendar year with 19.

Villa came back from behind to beat Leicester, who finished the game with 10 men. Top scorer Jose Leonardo Ulloa gave the Foxes an early lead, but it was canceled out five minutes later when Ciaran Clark scored to equalize. It wasn’t until the second half when Alan Hutton scored to give Villa the lead before Paul Konchesky was sent off. Villa couldn’t find a third, but will be happy with the three points that move them to 11th. Leicester, meanwhile, remain at thevbottom of the league, four points away from safety, and they haven’t won a single game in their last 10 fixtures.

Ciaran Clark (Villa) – defended well and scored the equalizer to bring his team back in the game.

Jose Leonardo Ulloa (Leicester) – has been a steady goal scorer this term, his club need him to continue his run if they are to avoid relegation.

Clinical Man United climb to third place after scoring two goals from two shots on target. Southampton were dominant, but couldn’t punish United’s mistakes. United scored early to unsettle the Saints, when Robin van Persie sent the ball through the keeper’s legs and into the net. Graziano Pelle, who has been quiet in recent weeks, smashed home the equalizer on the half hour. The teams went into the half level, and despite Southampton’s dominance after the restart, it was van Persie who scored a second after a fantastic Wayne Rooney free kick. United’s winning run continues while Southampton lose their third straight match. As a result, the Saints drop out of the top four into fifth, but will be hoping they can get their season back on course soon.

Graziano Pelle (Southampton) – scored to give his team hope, but couldn’t find a second. The Italian will be hoping he can keep his form consistent in time to rescue his team’s season.

Robin van Persie (Man United) – was clinical today and his movement always troubled Southampton’s back four. It was the first time in Premier League history that two Dutch managers faced one another, and how appropriate that the star of the show was a Dutch striker. The script practically writes itself.