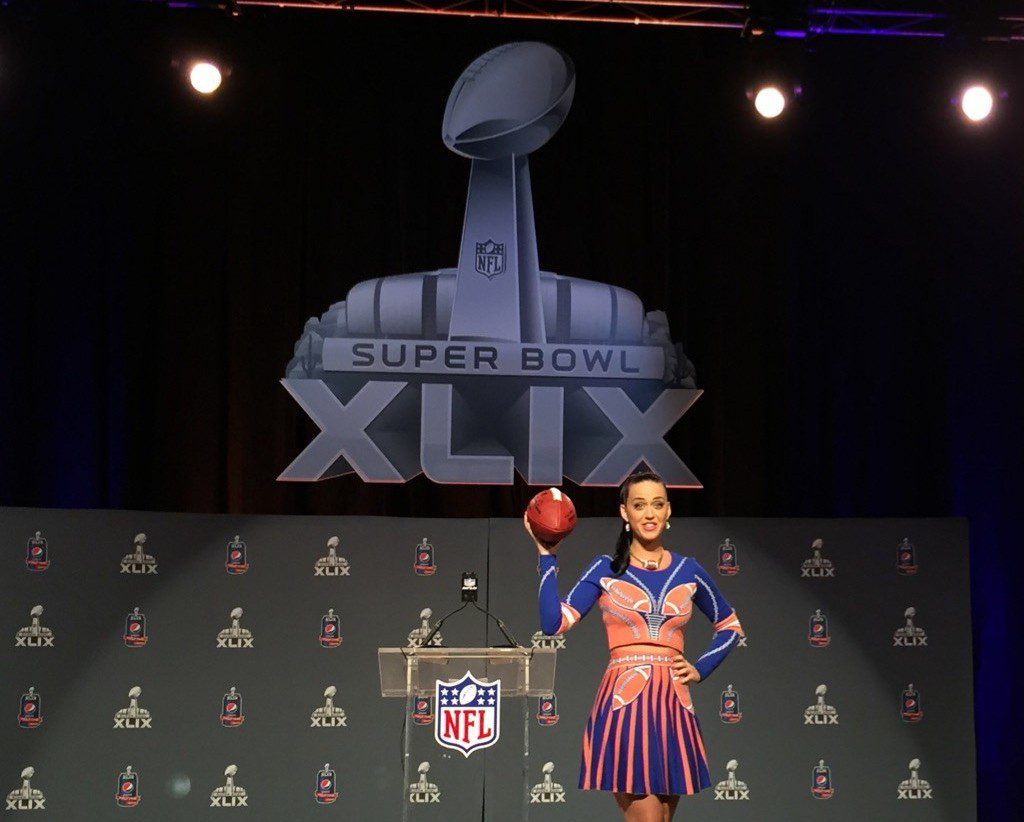 The most anticipated prop column in football is back, as the Seattle Seahawks battle the New England Patriots for ultimate supremacy in Super Bowl XLIX. Although the game is important and exciting, gambling on meaningless propositions that don’t even really relate to the game itself is so much better. If you want information that relates to the game, you can head on over to GamblingSitesOnline.org for that.

How many days of the year do you get to bet on Katy Perry’s hair color or if she will pull a Janet Jackson with a miraculous “nip slip”? Okay, you can’t actually bet on that, but a boy can dream, right? On to the gambling!

What color will the Gatorade (or liquid) be that is dumped on the head coach of the winning Super Bowl team? (Clear/Water: 3/1)

Last year Pete Carroll was drenched with orange Gatorade, which is currently the favorite at 3/2. However, if the Patriots win, coach Bill Belichick will murder anyone who gets his sweater sticky with Gatorade, so players should know better. Water seems like the safe bet.

Who will the Super Bowl MVP mention first in his interview? (God: +200)

Football players are crazy religious. Did you hear Russell Wilson’s interview after his Seahawks beat the Green Bay Packers? Even god thought he thanked him too much for what had happened. At 2/1, I would bet my house that they say god, but knowing my betting career, I’d probably be without a house on Monday.

Will it be mentioned in the game that Pete Carroll was the previous coach of the New England Patriots? (Yes: -200)

Commentators love to find meaningless facts almost as much as I love betting on meaningless prop bets. This bet should be a lock because if there is some way to compare one team or a player to one another, the announcers will find it.

What will Katy Perry be wearing when she begins her halftime show? (Skirt or dress: -200)

No matter what Katy Perry is wearing during the halftime show, men everywhere will be tuned in hoping for a wardrobe malfunction. Who cares what she’s wearing? I’m more fired up for her performance than the game.

Supposedly Gisele isn’t even a football fan and is currently home with the kids sick with the flu. If she’s home with the flu, the worst spot for her to be would be surrounded by 100,000 disgusting football fans, right? Brady said she’ll be in attendance on Sunday, but that just means she’ll be in the stadium. She’ll most likely be in a suite watching the game on television instead of in person. Therefore, no one will be able to get a camera on her, so take the under.

The Super Bowl MVP hasn’t been a running back since 1998, when Terrell Davis won it for the Denver Broncos. However, there’s no better player to win the MVP than Lynch because he would stick it to the NFL just like they deserve. The NFL seems to threaten Lynch for something stupid every day, so I hope he wins the MVP, finally speaks to the media, bashes the NFL, and then drops the mic and retires.