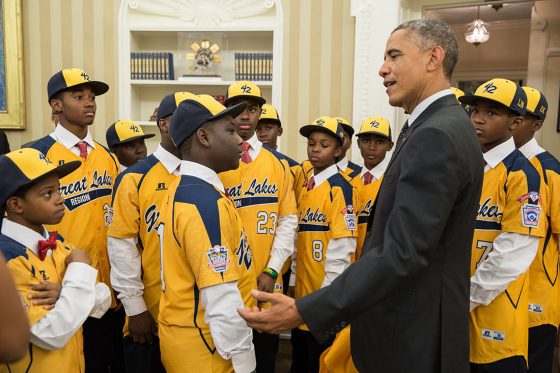 The 2014 Little League World Series produced many exciting moments. One was the rise of Philadelphia pitcher Monee Davis, the other was the dominance of Chicago’s Jackie Robinson team. While Davis is still sweetheart in the eyes of sports media. The Chicago team, they’re going to remain part of the news cycle for another reason.

ESPN is reporting that Little League Baseball has stripped the U.S. championship from the Chicago-based Jackie Robinson West team and has suspended the coach for violating a rule prohibiting the use of players who live outside the geographic area that the team represents.

The Jackie Robinson West team, the first all-African-American team to win the championship, must vacate wins from the 2014 Little League Baseball International Tournament — including its Great Lakes Regional and United States championships.

According to the report, the team’s manager, Darold Butler, has been suspended from Little League activity, and Illinois District 4 administrator Michael Kelly has been removed from his position after the news broke.

The United States championship has been awarded to Mountain Ridge Little League from Las Vegas.