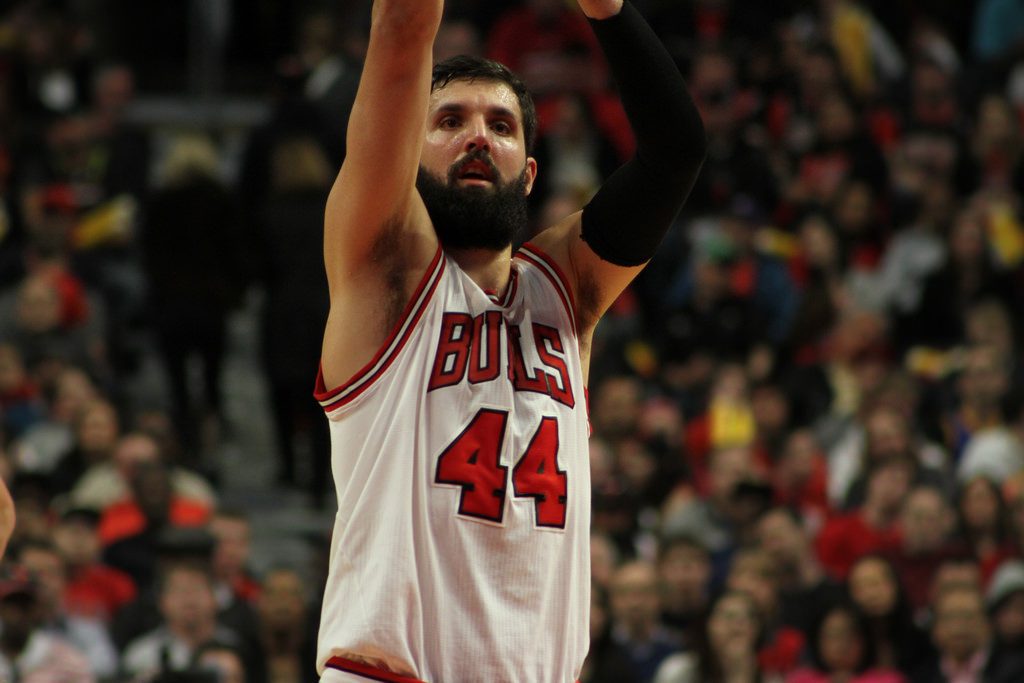 1.What significant moves were made during the offseason?

The most significant move the Chicago Bulls made this offseason is parting ways with Tom Thibodeau and hiring Fred Hoiberg as Head Coach. Although Thibodeau was an amazing coach for the Bulls, leading them to solid records despite the multiple injuries and orchestrating airtight defense, the Bulls just weren’t progressing after a certain point.

Hoiberg will bring an offensive style to the Bulls squad; one that will ideally compliment their already stellar defense. He’s fresh off of a solid run at Iowa State, and had spent four years in the Minnesota Timberwolves’ front office. On top of that, he has 10 years of NBA experience, and even played for the Bulls for several of them. It is possible that he has the goods to become a Steve Kerr in the league.

Derrick Rose should be comfortable with Hoiberg’s offensive-minded style, especially with Hoiberg’s use of screens for backdoor lobs or bursts to the rim on handoffs. Hoiberg is also a believer in the three-pointer, which fits with the current style of the NBA.

Besides the addition of Hoiberg, the Bulls kept their roster almost exactly the same with the exception of a few rookies.

The biggest player addition to the team may just be Bobby Portis. This big is getting praise from quite a few people, and getting compared to players like Kevin Love and Chris Bosh. Detroit Pistons Head Coach Stan Van Gundy praised the rookie on an ESPN interview:

“He’s one of the true inside-outside bigs you can get. He’s good on the block but he can step out and shoot the ball with range. You don’t see much of that. There’s very few of those guys.”

The Bulls look to have picked up quite a steal in the draft.

2. What are the team’s biggest strengths?

The Bulls still have the talent to be one of the premier defensive teams in the NBA; however, we’ll see how that holds up with Hoiberg’s offensive-minded style.

The Bulls were stingy last year, allowing their opponents an average of 97.8 points per game, putting them in the ninth spot. They were fourth in opponents’ field goal percentage, holding their opposition to 43.5 percent. The Bulls were also dominant in rebounds and blocks as well. Since their personnel is exactly the same, their defense shouldn’t fall off too much, if at all. They can definitely build on their chemistry from last year and be an even better team when they need to clamp down on the opposition.

Speaking of chemistry, since the Bulls didn’t make many moves in the offseason, they are comfortable with each other overall and can gel even more this year. Derrick Rose is healthy minus the orbital fracture he sustained in the practice, and Jimmy Butler is playing at an All-Star level. Not to mention, Pau Gasol still has plenty left in the tank, even at 35-years-old.

Unofficially, it seems that Joakim Noah will be coming off the bench for at least the start of the season. Nikola Mirotic is likely to start in the power forward position, and should be a solid floor-spacer. If anything, this could be a very smart move, as Noah could be a fantastic spark off the bench.

3. What are the team’s biggest weaknesses?

Just like the past few seasons, the Bulls’ biggest weakness is the maintenance of their health. They have quite a few key players that are susceptible to injuries. Derrick Rose was even injured in practice, which continues to fuel the meme-makers of the world, worrying some Bulls fans. There’s also the aging, yet still very productive, Pau Gasol, who might need to save his best efforts for the postseason. Joakim Noah has also been banged up, and never seemed to play at full health last season.

Inconsistency in their play was a significant weakness for the Bulls last season as well. There were times when the Bulls played like a .500 team, even though they clearly are not. In the first round of last year’s NBA playoffs, the Bulls faced the Milwaukee Bucks, and started off with a 3-0 lead in the series. Then they let the Bucks steal the next two games. The inconsistency had plenty to do with extensive minutes for key players, injuries, and offensive droughts.

They seem to be the second best team in the Eastern Conference this year, at least on paper, with the Cleveland Cavaliers taking the No. 1 spot. The Bulls never had a solid answer for LeBron James, and this year, they will probably run into them again in the postseason. They have to be more than tough to take out the Cavs in the playoffs. Hopefully they are able to evolve as a team with their new coach, or James and the Cavs will once again be their Kryptonite.

The Chicago Bulls truly have the potential to take it all, and this year they just might have the right ingredients to do so. With a new coach in Hoiberg, and a fresh look, the Bulls have the talent and drive to make it to the big stage and earn the Larry O’Brien trophy. That’s been their goal for quite some time now, and this season is no different.

Goal No. 2 is directly related to their number one goal of making the NBA Finals and stomping the opposition, and that’s staying healthy. Production from the Bulls’ bench is key, and appropriate resting time for the starting five is a must for this team to play at an elite level when the playoffs rolls around.

At this moment, anything seemed to be possible for the Bulls. That cold stare and the alligator blood running through Rose’s veins were deadly that night.

The 2015-16 NBA season is right around the corner; let’s see what else the Bulls can do.