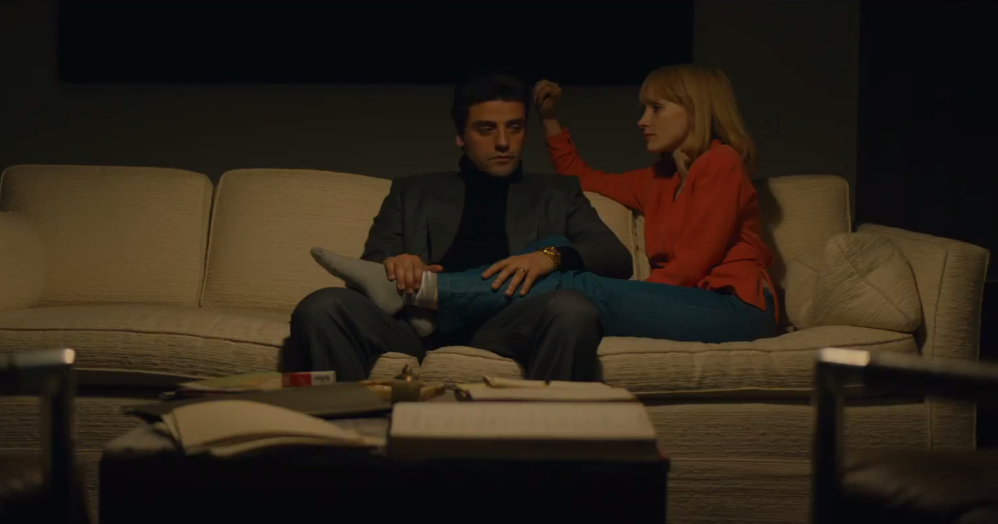 In order to run a business, one must be in control and able to take smart chances, as the path to the American Dream is muddy. J.C. Chandor tells the tale of an immigrant oil businessman in the winter of 1981, statistically one of the most crime-filled times in New York City. A Most Violent Year is a small-scale film with sweeping themes brought to life by an amazing cast that includes Jessica Chastain, Albert Brooks, and Oscar Isaac.

Chandor’s film is gritty, and he expertly winds the string slowly but surely throughout, leading to the moment of the snap. It certainly feels like a gangster flick at times, as it exudes the themes of crime and greed, but it’s a film about an up-and-coming business trying to make it to the top. In essence, it’s a gangster film masquerading as a film about an oil company trying to achieve the American Dream.

The film’s palette is muted and cold, with many uses of shadows to convey unsure and dark times. The story is simple, but the script is smart, projecting the moral decline that goes hand-in-hand with financial success. It’s certainly not a premise that’s unique in any way, but the way it’s told is refreshing enough. There are times where the film moves at too comfortable a pace, but the acting holds the film together during those slow moments.

Oscar Isaac plays Abel Morales, the owner of Standard Oil, who is planning to expand his business; however, trying times challenge his business goals and morals. Isaac as Abel is charming, always telling people what they want to hear while getting what he wants from them, yet he also has a dangerous combination of persistence and willpower. He is menacing in a polite way, as it seems that he has some Michael Corleone in him, especially with that subtly ferocious stare. Isaac truly makes this character fully-realized, as he never falls into any power-hungry cliche. It’s yet another film that proves Isaac is an amazing talent that should be recognized more.

Jessica Chastain plays Anna, Abel’s wife and the bookkeeper of his company. Chastain complements Isaac very well, bringing in the same intensity and confidence, yet in a little more of a showy manner. Where Abel likes to use his words to make moves, Anna takes action. Their relationship makes for a great one-two punch in the business world.

The tension builds in the story as Detective Lawrence, played wonderfully by David Oyelowo, starts to investigate Abel’s company. While that happens, Abel’s oil trucks are getting hijacked, and his financial backers leave him. This swirl of chaos in Abel’s business forces him to take chances.

A Most Violent Year is a well-constructed film that shows it takes intelligence and willpower, in that order, to make it in a business world that’s against you. It tackles tough moral issues and shows how powerful perseverance can be.