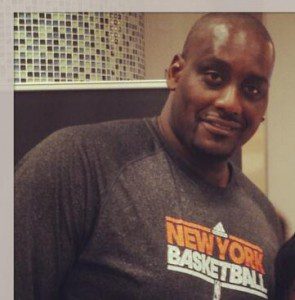 Thirteen-year NBA vet and New York Knicks’ legend Anthony Mason passed away late last night from congenital heart failure. Mason has been suffering from issues with his heart for the last few weeks. He was said to be better after his last trip to the hospital, but apparently his condition got the best of him.

A rep for Mason confirmed his passing to ESPN

First I want to thank all those who offered prayers and well-wishes for my Father, our family really appreciates it,” his son, Anthony Mason Jr., said Saturday. “Overnight, New York City and the world lost a legend, a friend, a brother … but more than anything our father, Anthony Mason. As you all would expect our father — Big Mase — put up an incredible fight, dealing with a severe heart issue. I’m wishing this was something else I was writing, but Pops we’ve got to let you know we love you and know you’ll always be with us.”

Mason was a major piece for the of the New York Knicks in the late nineties. Mason, along with Patrick Ewing and Charles Oakley formed the most fearsome frontcourts in the league at the time.