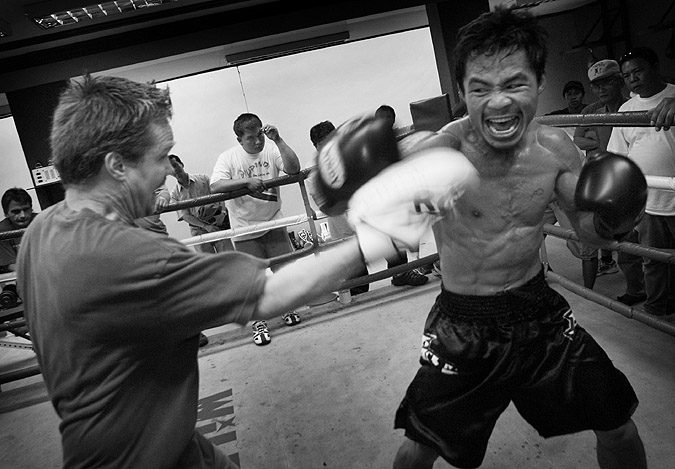 Las Vegas Nevada will play host to the biggest boxing match that fans have seen in decades when Floyd Mayweather takes on Manny Pacquiao.

Manny Pacquiao is confident that he will walk out the ring with a victory. Pac is so ready to hit the ring and take on the undefeated Mayweather that he’s jumped into the studio to record his own entrance music.

Pacquiao released footage of his studio session to record the song, “Lalaban Ako Para sa Pilipino”.  Translated into English, the title means “I Am Going to Fight for Filipinos”.

The song was written with composer and frequent collaborator, Lito Camo.

Pac plans to fire up his fans with lines like “We are going to fight / I am going to fight to the world / Fight for your name / I am Filipino / We are Filipino“.

The match has been in the works for years. The two began negotiations again after a chance meeting during a Miami Heat game. The already sold-out event will take place May 2nd in Las Vegas.

The fight has the potential to be one of the biggest events in sports history.