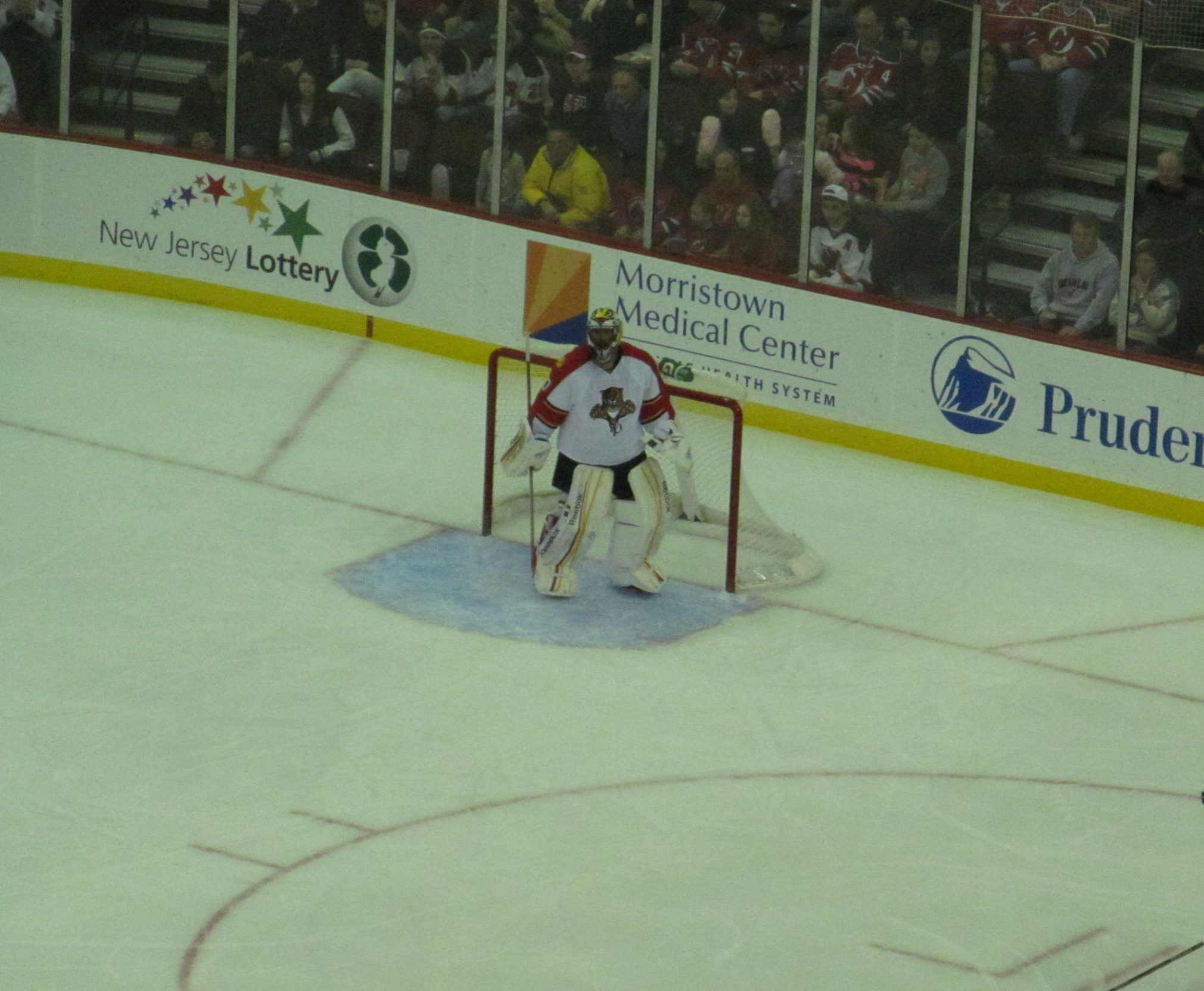 It seems as though the only way the Toronto Maple Leafs can win games is when they are potentially facing goaltenders that aren’t even technically on the roster, and even then it’s a stretch.

In a 3-2 win over the Florida Panthers starting goaltender Roberto Luongo was replaced with backup goaltender Al Montoya. With the Injury to Montoya, the Panthers had 41-year-old goalie coach, Rob Tallas suit up.

There was a point in the third quarter where it appeared as though Montoya was injured, and that Tallas would have to come in, but by this time Luongo had managed to tend his earlier injuries and re-entered the game.

A cautionary tale to all NHL teams, make sure you have someone on staff that can play net in a pinch.

Can we sign Martin Brodeur as a water boy?