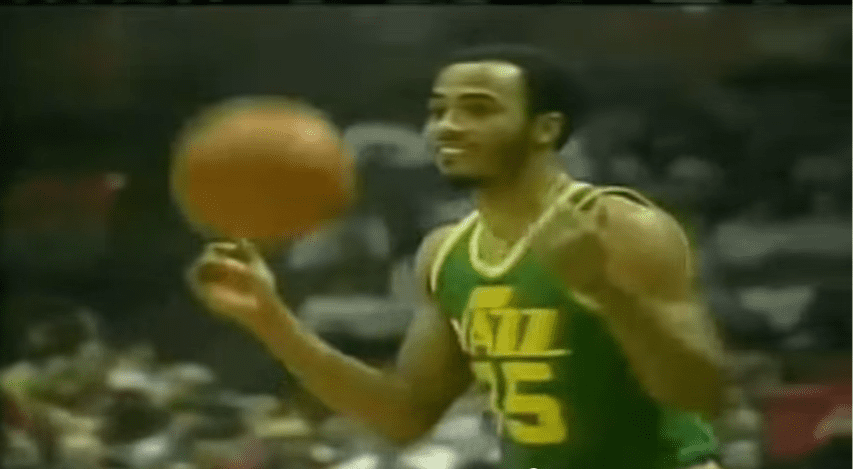 As as we approach this weekend, college basketball is the talk of the sports world. March Madness has had everyone, including our President, glued to the screen waiting for the results of each game. After hundreds of thousands brackets were shredded over the last few weeks, we’re down to just four teams. Very few players can tell you what it’s like to play on such a big stage. Even fewer can say they lasted long enough to raise the trophy at the end. Louisville legend Darrell Griffith can lay claims to both.

From 1976-1980, Griffith and “The Doctors Of Dunks” were the greatest show on Earth. The dunk, outlawed for ten years in the college game, was reinstated in 1976. Griffith and his Louisville teammates took full advantage of this change. The Denny Crum led team played way above the rim, eventually taking home the 1980 NCAA championship with a win over UCLA. 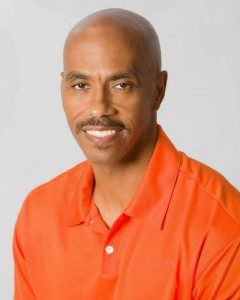 Griffith was selected with the No. 2 overall pick in the 1980 NBA Draft by the Utah Jazz. His 11 seasons in the league were highlighted by winning the Rookie of the Year Award, and participating in the league’s first dunk contest.

The Louisville native currently resides in his hometown, helping out the community, and cheering on the Cardinals. Griffith took some time out his busy schedule to speak with Baller Mind Frame about a variety of subjects including charity work, his time at Louisville, the 1984 dunk contest, and today’s one-and-done generation of college basketball players.

Baller Mind Frame: Speak to us about your charities. I know you’ve been pretty active in Louisville.

Darrell Griffith: The Darrell Griffith Foundation is something that I started in the late ’90s. We assist different charities in town towards reaching their goals. We try to focus on charities in the community that do great work, but don’t really get recognized. They don’t need a million dollar grant. Most money goes towards charities that are focused on cancer and all different types of diseases and things like that. Don’t get me wrong, those are great causes, but there are a lot of great charities in our community that can use help. 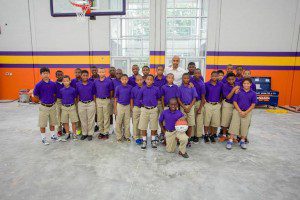 BMF: Is there any one charity in particular that you feel more compassion for than others?

Griffith: Not really. We try to spread the wealth to everyone, every year. We worked with autism support groups and feed 400 homeless people every year. We do a lot work with the elderly. I have passion for the elderly. There is a list of organizations that we work with in the community. We just to do our part and do it in the best way we can.

BMF: Are you able to watch the Final Four being that your Louisville Cardinals lost in the Elite Eight?

Griffith: Yeah man, my Cardinals went down. I’m kinda down, they gave that game away to Michigan State. But they [Michigan] did play a good game, and are moving onto the Final Four.

BMF: Speaking of the Final Four, that’s a place that you’re familiar with. How did it feel to bring a championship back to Louisville?

Griffith: Coming out of high school, I was the No. 1 ranked player in the nation. I had pro basketball offers. I decided to stay at home and play at the University of Louisville. I didn’t want to go pro that early. I didn’t feel as if I was ready for the pros. Thankful for the offers, but as a player, you have to be ready.

I had national press conference when I announced was going to the University of Louisville. I promised that before I leave, I’ll bring a national championship to the city. I was confident in my ability, and the ability for Coach Crum was going to put around me to make that happen.

BMF: That 1980s’ team was one to remember. How did that team come to be known as “The Doctors of Dunk”?

Griffith: When I got there in 1976, the dunk was allowed back in college basketball. Before that it wasn’t allowed for 10 years. The team that I played on was called, “The Doctors of Dunk” and I got the name “Dr. Dunkenstein”.

We were literally the first team to be branded. We were a brand. When we went out of town it was like a road show. Everyone wanted to see us.

Any city we’d go, people would say, “The Doctors of Dunk” are in town. Before “Phi Slamma Jamma,” or the “Fab Five,” it was the “Doctors of Dunk.” That stuck with the university for years, to this day.

BMF: Before you signed to Louisville, you actually had offers from a few ABA teams who wanted to sign you out of high school. You turned it down. The option for high school players to go straight to the pros will be debated in the NBA soon. Do you feel like the league should impose a stricter age limit or lower it?

Griffith: I hope they lower it honestly. I hope they don’t raise it. I think that they need to lower it with better evaluations and give these players a little more ammo to make a decision. I think the process needs to be changed, not the age limit.

There are a lot of kids that put their names in the draft. It’s a crapshoot which ones will get drafted. Why not put together a program like a combine where you bring all the scouts to evaluate all the players who want to put their names in the hat? Allow them to come to these combines, without any penalties, so that they can go back to school if you don’t like your evaluation. Now the player gets the opportunity to decide after hearing what the scouts think about him which affects if they want to continue on or go back to school. A lot of players would come back to school after they hear what these scouts got to say about how they think they can perform in the pros. You got 20 players who want to leave, you only 10 get good evaluations, I guarantee the other 10 are going to go back to school. Right now, you put your name in the draft and you don’t get drafted. You’re just stuck.

BMF: You were drafted second overall by Utah in 1980. Four years later, you participated in the NBA’s first ever dunk contest. Speak about that night in Denver.

Griffith: It was awesome! Back in 1984, they had the Slam Dunk contest in the NBA. Of course, the ABA had been doing it for years. It was on hiatus for a while. For the contest that I was in, seeing Dr. J, myself, Dominique Wilkins, Clyde Drexler, Orlando Woolridge, Larry Nance who was 6’10 and could jump out the gym was crazy. Larry would go on to win it.

BMF: Do you feel like more stars should participate in the NBA Slam Dunk Contest?

Griffith: The NBA can’t make these guys be in the contest. Some guys want to be in it, some guys might not want to be in it. It’s All-Star Weekend, so guys want to rest their legs. You can only get so many dunks out of someone. Even Vince Carter in his heyday, he only did one or two contests. I do think in the next two to three years, we’ll see LeBron James in one.

BMF: You think you can still get up there and compete?

Griffith: Let me explain something to you, the warranty on my legs expired a long time ago. I’m ground level.

BMF: Final Four is this weekend. Who are you rooting for?

Griffith: I’d like to see it stay in state. Kentucky won in ’12, we won in ’13. I think it’s time to come back to Kentucky. These guys are going to be tough to beat. They got good players, one through twelve, and they all play unselfishly, they all play defense. They can be beat, but it’s going to take a perfect game to beat them. Notre Dame almost played that game. Wisconsin gave them a great game last year. You never know what happens in the games. You just have to play the best you can, come up with a game plan, and hope everyone’s on that night.

BMF: Thanks for your time and best of luck in all of your future endeavours.