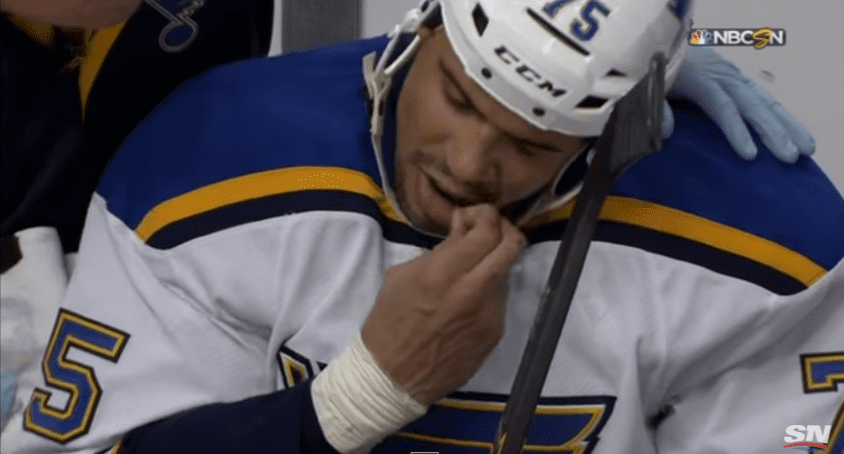 If you were looking for more proof that hockey players the toughest athletes in the world, look no further than Ryan Reaves.

The St. Louis Blues forward came to the bench during the second period of the Sunday game against the Chicago Blackhawks. Reaves had just been hit by Chicago defenseman Brent Seabrook earlier on his shift, when something felt amiss in his mouth. While on the bench Reaves grabbed hold of a nuisance tooth and removed it from his mouth, handing it to the team trainer.

He shuffled down the bench and was back on the ice for his next shift, not missing a single second of game time.