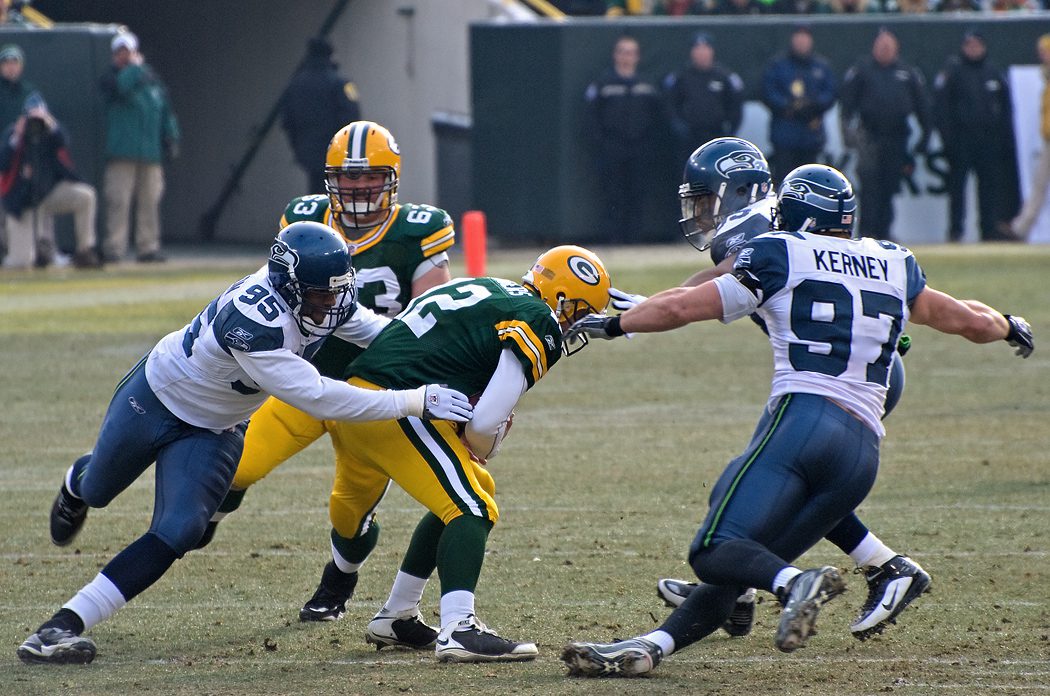 The 2015 NFL schedule isn’t officially released until the end of April, but that doesn’t mean we don’t know who is playing who, and where. Let’s take a look at some of the ultimate games this coming season that we should tune into for personal vendetta reasons and nothing else. One key component of this list is the ability for one party to exact revenge on the other and someone being scorned. Sam Bradford playing against the Rams wouldn’t have made the list, even if that matchup were occurring.

10. Robert Griffin III and the Washington Redskins visiting the St. Louis Rams – There was a game last year that flew under the radar on all levels, except for who was sent out for the coin toss. Rams coach Jeff Fisher elected to send out the platoon of players that the Rams acquired as a result of the trade with Washington that yielded them Robert Griffin. The move worked out well for the Rams, but don’t expect the Redskins to take the underhanded slap in the face from last year lightly. This game is going to be personal, especially for RG3.

9. Greg Hardy and the Dallas Cowboys host the Carolina Panthers – The legal issues were enough to make any team a little squeamish. Still, Greg Hardy was viewed as one of the top free agents in the league, and he landed with a division winner. Not that I imagine there is a ton of ill will, but I have to imagine Hardy is looking forward to sacking Cam Newton more than any other quarterback this year.

8. New England Patriots hosting Darrelle Revis and the New York Jets – Revis got his ring and opted to go back to the big apple. The Patriots were not happy with the move. Expect Tom Brady to go after Revis a bit. I can see the team trying to find ways to line up Rob Gronkowski against Revis for the sole purpose of punishing him. Of course, one interception and it’s back to Revis Island for whoever is out there with him. It also helps that this is a decades-old rivalry game.

7. Mike Iupati and the Arizona Cardinals hosting the San Francisco 49ers – The mass jettison of players from the 49ers was a bit of a surprise. A few players opted to retire in their primes, or even before their primes, rather than continue to play for the red and gold. The 49ers opted not to tag Pro Bowl guard Mike Iupati, or go through long talks to retain their star player. Iupati immediately signed with a heated rival in Arizona. The Cardinals looked amazing last year, and the 49ers are now rebuilding. Expect Iupati to put a hurt on the defense when they host the 49ers later this year.

5. Green Bay Packers hosting the Seattle Seahawks – The Packers were emotionally crushed after the NFC Championship game. Aaron Rodgers is going to be extra motivated for a rematch after one onside kick recovery away from heading to the Super Bowl last season. Seattle has made some notable changes, but the Pack are more than capable of doling out some hurt at home, especially if this game gets scheduled after November.

4. Andre Johnson and the Indianapolis Colts visiting the Houston Texans – Andre and the Texans had a long-standing relationship. Sure, he had tapered off a bit in terms of production, but it didn’t help that he hasn’t had a good quarterback to throw him the ball… basically ever. Equipped now with one of the better quarterbacks in the league, and a wide receiver partner that garners attention on his own, expect Johnson to be hungry to prove that he still has the goods against his old team.

3. LeSean McCoy and the Buffalo Bills hosting Chip Kelly and the Philadelphia Eagles – McCoy has stated that the Bills feel more like an NFL franchise than did the Eagles. That Chip Kelly didn’t respect or appreciate star talent. His trade from the Eagles may have been a long time in the making, but it does not appear to have limited the animosity from McCoy’s side of the fence. The Eagles’ run defense last year did not look good. Expect McCoy to take advantage of that.

2. DeMarco Murray and the Philadelphia Eagles hosting the Dallas Cowboys – DeMarco wanted to be paid like a top performer, and he got his money from the Eagles. He’ll be on a mission to show that he still has plenty of tread left on the tires, and that he was the reason for the Cowboys success this past season.

1. Jerry Jones and the Dallas Cowboys hosting DeMarco Murray and the Philadelphia Eagles – Jerry took the mathematical approach to a running back who took more snaps than any other in football last year. He’s banking on the historic evidence that players that took on that much work don’t come back better the following year. It was one thing for Murray to leave, it’s another when he joins up with a division rival. Jones will feel a personal sense of pride if the Cowboys manage to dismantle the Eagles and Murray this year.