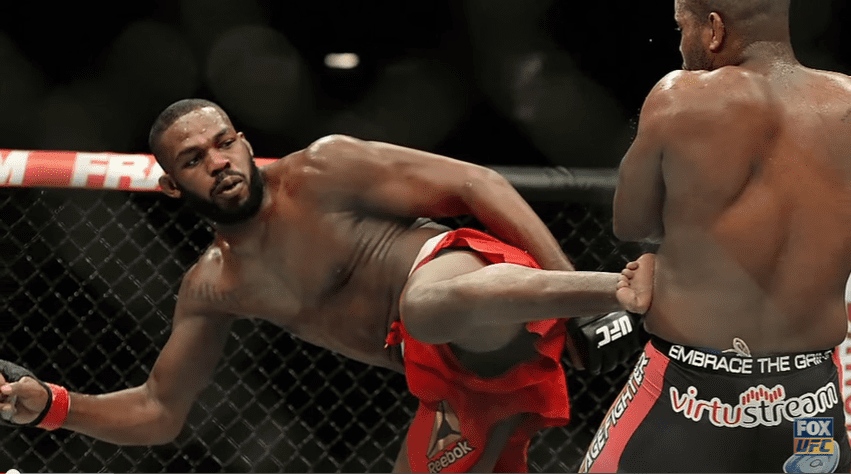 The Albuquerque Police Department is actively seeking UFC Fighter Jon Jones for questioning in regards to his possible involvement in a hit-and-run accident, near the intersection of Juan Tabo and Southern, in Southeast Albuquerque early this morning, April 26, 2015.

A pregnant female in her 20s, who was the driver of a separate vehicle, was taken to a local hospital for minor injuries.

The Albuquerque Police Department is asking Mr. Jones to please contact us as we continue to investigate by calling (505) 242-COPS (2677).

To date no charges have been filed against light heavyweight champion Jon “Bones” Jones, and he is strictly listed as a “person of interest”.   Jones is slated to fight Anthony Johnson for the title in May, a fight that may be postponed or cancelled depending on the police investigation. Jones had had a few brushes with the law, including a DWI, a positive drug test for cocaine, and his brawl with Daniel Cormier before their fight at UFC 182.