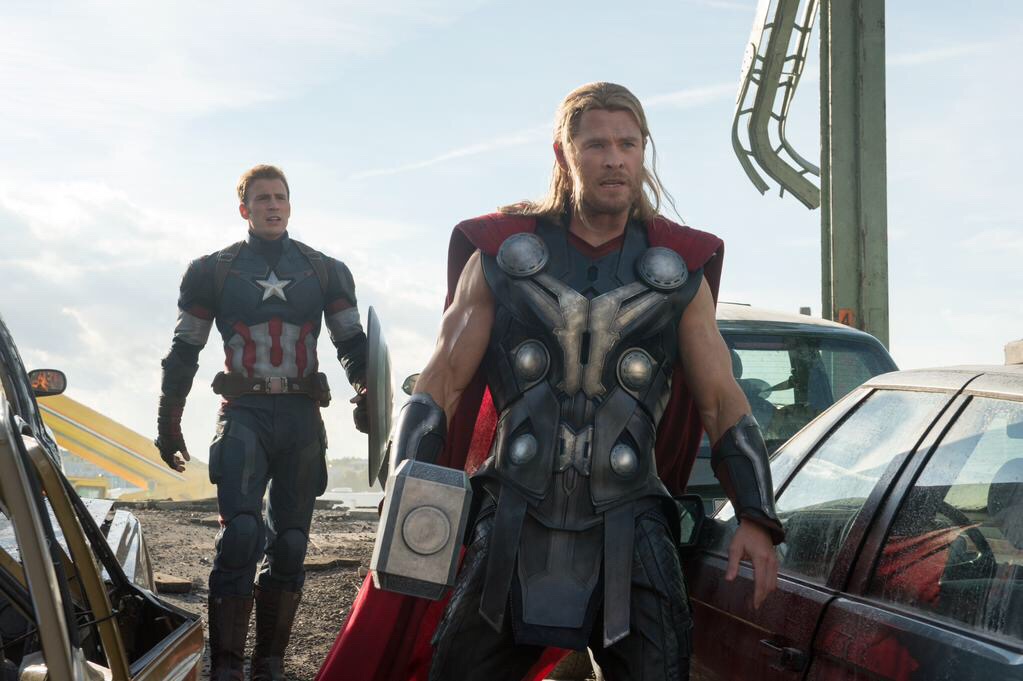 If you like Marvel Comics, great choreographed action sequences, or the previous film in this series, then Avengers: Age of Ultron is for you.

The group reunites to take on a new villain, Ultron: an artificial intelligence program who believes he must rid Earth of humanity in order to save it. It is interesting to note that when they started production on Avengers: Age of Ultron, Scarlett Johansson announced she was pregnant; therefore all of her scenes had to be shot first as well as stunt doubles having to be brought in for scenes after Johansson started to show.

Avengers: Age of Ultron picks up following the post-credits scene in Captain America: The Winter Soldier, where Baron von Strucker experiments on humans using Loki’s scepter. The experiment results in the Twins (Wanda and Pietro Maximoff aka Scarlet Witch and Quicksilver). According to a clip from the film, Maria Hill describes their powers as follows, “He’s got increased metabolism and improved thermal homeostasis and her thing is neural electric interfacing, telekinesis, and mental manipulation; he’s fast and she’s weird.”

The Twins team up with Ultron in the first half of the film, and they later join the Avengers in the final fight against Ultron. The Avengers are joined by a synthetic android named Vision. Vision’s A.I. system was supposed to be J.A.R.V.I.S. (Tony Stark’s artificial intelligence system), however the upload to Vision is interrupted and J.A.R.V.I.S cannot be successfully uploaded. It is interesting to note how both J.A.R.V.I.S. and Vision are portrayed by the same actor, Paul Bettany.

The one scene in Avengers: Age of Ultron that stands out is the Hulkbuster fight scene. Here is some background information about the scene: Baron von Strucker decides to let the Twins fight the Avengers. Scarlet Witch uses her powers on mental manipulation on the Hulk, causing the Hulk to go on a rampage in downtown Wakanda. Iron Man decides to use his Veronica armor (aka Hulkbuster Armor) to restrain the Hulk. The interesting part of the scene is when a part of the armor is damaged, Iron Man can summon a replacement part from an low-orbiting satellite. Iron Man is eventually able to restrain the Hulk after they crash down on a empty building.

Reviews for the film have been mixed. Some critics say Avengers: Age of Ultron features too many subplots, making it difficult to follow. Other critics have said the movie is entertaining, and Marvel commands a strong feel of how to proceed through the next phase of Marvel films.