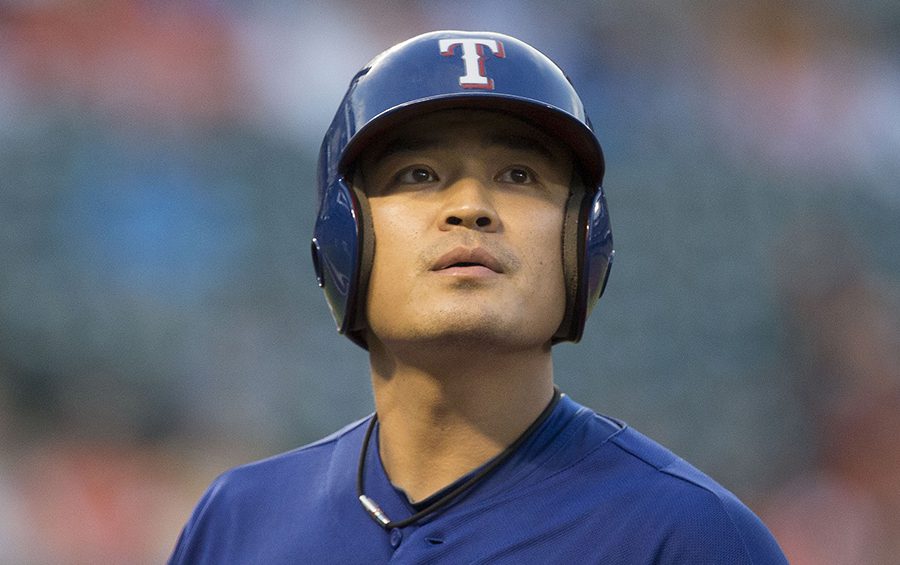 Well, it’s official: Viagra has been replaced by third innings here in Arlington, Texas, home of the Texas Rangers. Following an over-zealous bitch-slap fest early in their game against the visiting Rangers, the New York Yankees mulled around the field aimlessly, trying to make sense of how Texas managed to best them 10 runs within the meager span of one inning. The answer is fairly simple: in third innings alone, the Rangers have outscored their opponents 34-11. The Yankees, who seemingly forgot to do their math, have been outscored in the third 12-0 in this series.

The game was incongruous from the start, neither team scoring within the first two innings, their motivation unfledged, or rather just stagnant as C.C. Sabathia, a NY pitcher who used to average 94-mph on his fastball, stood firm on the bump with the ball kneading the cushy balls of his palms before his release – a release that was now weaker by five miles. He phantom-faced Nick Martinez, a right handed pitcher for the Rangers who debuted his cool demeanor and strong arm for Texas a little over a year prior. The duel between the 34-year old Sabathia and the 24-year old Martinez wasn’t at pari passu, to say the least, but it would be plentiful.

At least that’s what everyone figured until outfielder Jake Smolinski (who was just recalled from Triple-A) strolled up to the plate to face the Yankee veteran during the third inning. What would follow would wind up being a gigantic cluster fu…ry of mishaps from the home team’s POV. Smolinski walked, Delino DeShields made it to first on an infield single, Shin-Soo Choo (who cried wolf twice by showing bunt – I almost want to say he was planning a sure-fire butcher boy with this at bat as he teased with his lingering bunt figure) singled to center – scoring Smolinski and sending DeShields to second… and THEN all hell broke loose when the Rangers decided to extirpate the Yankees. The reigning Prince Fielder singled home both DeShields and Choo, therefore allowing Elvis Andrus up to the plate with zero out, his team leading 3-0.

After a two-run single, Sabathia’s night was promptly brought to a fickle close, his giant frame casting a shadow over the field at Yankee Stadium as he shrugged into the dugout after his shortest start since June 21st, 2009 against the Miami Marlins. He was replaced by reliever Esmil Rogers.

Fortunately for the Rangers, their afternoon was just beginning.

Texas would go on to score 10 runs that inning (thanks to Choo and Fielder, who were 2-for-2), visibly neutering New York on live television in front of their own tight-lipped crowd. Before the close of the afternoon, they would score 15 runs (including another Prince homer, who would total three home runs in a 24-hour period), every batter on the roster getting on base in order to drive the dagger home.

The Bronx Bombers managed to put up 4 runs by the ninth, including a solo Carlos Beltran homer, and a position player pitching when Yanks first baseman Garret Jones took to the bump during the ninth, only to fall to Texas a whopping 15-4 after acting closer RHP Anthony Bass allowed two runs at the bottom of the inning.

With this win, the Rangers have nabbed four of the last games and look to sweep the Yankees on Sunday evening.