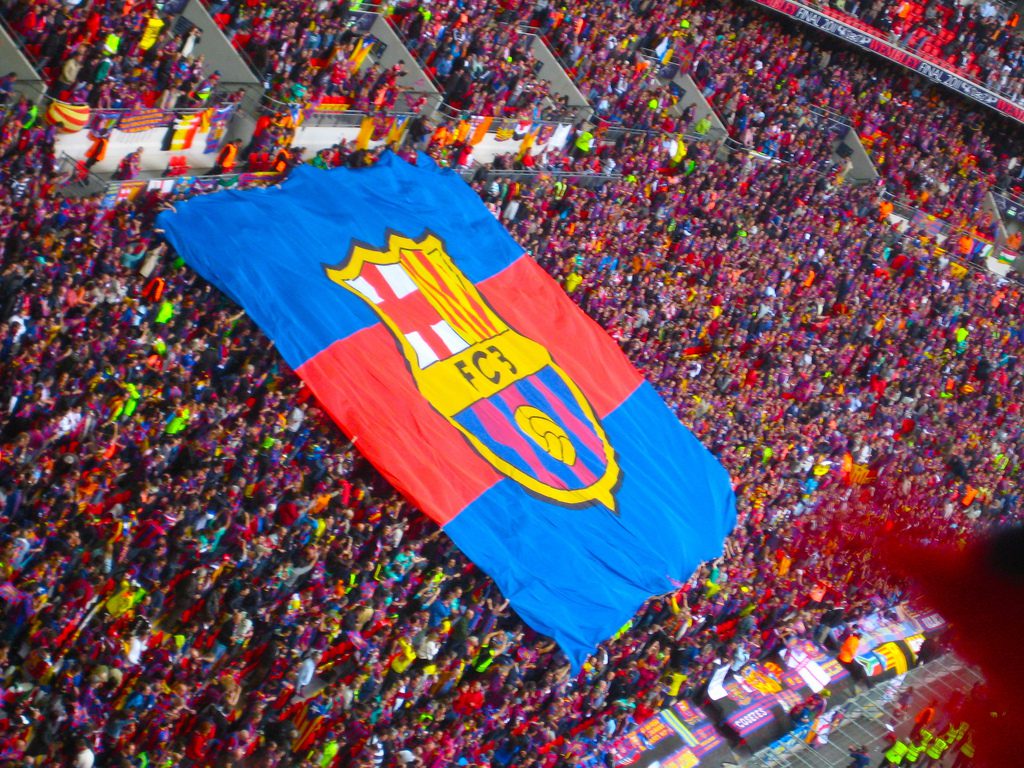 Barcelona showed desire and spirit to deny a battling Juventus the Champions League title. The Spanish side lifted their fifth Champions League crown, beating their opponents 3-1 in Berlin on Saturday.

Juventus manager, Massimiliano Allegri was optimistic about his side’s chances claiming that Barcelona have “faults and weaknesses” like any other side. The manager was without influential centre-back Giorgio Chiellini for the final, who was ruled out because of a calf injury. However, his attacking options were fit and ready to play.

Juventus showed their desire early on in the match, pressuring Barcelona within the first two minutes. Carlos Tevez came close but couldn’t keep his shot down after Javier Mascherano turned the ball over, before conceding a needless corner moments later.

Despite the early nerves, it was Barcelona who took the lead with a brilliant move involving Lionel Messi whose diagonal ball found Jordi Alba. The Spanish defender played the ball to Neymar who passed smartly to Andres Iniesta before the midfielder set-up Ivan Rakitic for the opener. The goal was a great display of Barcelona’s magnificent one-touch football.

Juventus began to show their frustration at conceding the early goal with Arturo Vidal committing a couple of reckless challenges before blazing his shot over after Alvaro Morata’s good run down the right found the Chilean unmarked.

Barcelona were on top and looked like adding to their lead with Neymar coming close with a curling effort, before Juventus goalkeeper Gianluigi Buffon produced a magnificent reflex save to deny Daniel Alves. The goalkeeper was already moving to his right before adjusting his feet and reacting quickly to palm the ball over with a big left hand.

The save seemed to inspire Juventus as they began to enjoy a rare spell of possession, switching the ball well and passing all over the pitch.

Midfielder Paul Pogba was influential and always looked a threat with his runs on the left-wing, winning his side several corners. Tevez looked hungry to get involved as well with his side momentarily on top, and wasn’t afraid to run at the Barcelona defense.

Juventus’ pressure nearly paid off after Barcelona turned the ball over in their own box once again, but striker Morata couldn’t curl his effort on target, and missed narrowly.

Juventus were dominant on the left with Patrice Evra making good overlapping runs, but the defender couldn’t produce the final ball to create a clear chance for his side.

Barcelona remained calm, and when they were on the ball they were patient and intricate with their passing, trying to carve Juventus open. When Juventus did counter, they failed to find the finishing ball, shooting wide or over the bar.

Juventus had a penalty shout on 35 minutes denied when Pogba was felled in the box. Video replays confirmed that the foul occurred outside the box, but it didn’t matter as Turkish referee, Cuneyt Cakir waved play on.

Barcelona began to crowd the Juventus box desperate to score their second goal. Striker Luis Suarez came inches close to doubling his side’s advantage on 39 minutes, but he dragged his sot narrowly wide. The Uruguayan had another chance moments later, but this time his tame effort was saved by Buffon.

Buffon had a moment of panic when trying to clear his lines late in the first half, turning the ball over to Neymar instead. The Brazilian’s over hit cross couldn’t find Suarez, who was open and waiting in the box. Fortunately for the Italian keeper, his mistake went unpunished as Barcelona took a narrow lead into half-time.

Messi and co. were straight on the attack after the restart, with Buffon forced to save a Suarez shot at his near-post after Barcelona broke with a five-on-three. The combination of Messi, Neymar, and Suarez began to ignite as the trio exchanged passes, but Messi couldn’t find the net, hitting his shot over the bar instead.

Juventus showed great perseverance, and after 55 minutes they scored an equaliser. Claudio Marchisio did exceptionally well to find Stephan Lichtsteiner with a clever back-heel pass before the defender squared the ball to Tevez who shot at Marc-Andre ter Stegen on the turn. The keeper saved, but Morata was on hand to smash home the rebound and get his side back in the game.

Moments later Morata was on the attack again, this time sending his header over the bar as Juventus began to enjoy the momentum. A motivated Pogba had a couple of cracks at goal but couldn’t find the net.

Juventus looked more confident on the ball with Tevez leading their counter attacks, and Buffon cleaning up in the back confidently. It was the same story though, with Juventus unable to convert their chances.

Barcelona eventually pounced and scored their second, but it wasn’t without controversy. Pogba was adamant that he deserved a penalty at one end, after being dragged down in the box, before Barcelona countered and scored at the other. The goal came after Messi’s mazy run through the Juventus defense led to his shot being saved, but Suarez was on hand to tuck in the rebound.

Barcelona thought they had sealed the victory two minutes later after Neymar scored, but the Brazilian’s goal was disallowed after the officials agreed that the ball had struck his hand before going into the net.

Juventus sensed their opportunity, defending well as Barcelona pushed forward and piled the pressure. Barcelona had another five-on-three opportunity, but again it was wasted with the follow-up free-kick blazed over by Messi.

It was end-to-end football with Pogba coming close with a headed effort before Barcelona defender Gerard Pique shot wide after running in behind the Juventus defenders. Substitute Roberto Pereyra couldn’t finish after Fernando Llorente’s precise pass found him in space, while Marchisio and Tevez both had shots saved by Ter Stegen.

As time ticked away, Juventus still couldn’t get a grip on the match, and their desperate efforts were stopped by Barcelona or off target. They just weren’t clinical enough. With the game into stoppage time, several of the Barcelona players began to waste time, running down the clock.

Despite all of that, there was still time for one more goal. With Juventus throwing bodies forward, Barcelona took advantage on the counter-attack, and Neymar wasn’t to be denied another goal, finishing emphatically past Buffon to defeat the Italian club.

The Italian side showed passion, and they worked very hard to keep themselves in the game against a quality side. Unfortunately for them, it wasn’t enough and they were well beaten on the night, and denied the opportunity to lift the coveted Champions League trophy.

Barcelona became the first team in history to record two trebles after their triumph back in 2009. They did formidably well this season, beating rivals Real Madrid and Atletico Madrid to the La Liga title before beating Athletic Bilbao in the Copa Del Rey final.

The Spanish side continue to break records, and are the strongest team in Europe (and the world for that matter) once again. It will take a lot to beat them, and the club will be hoping that they can retain their title next season. If they do, they will become the first club to do so with another record waiting to be broken.