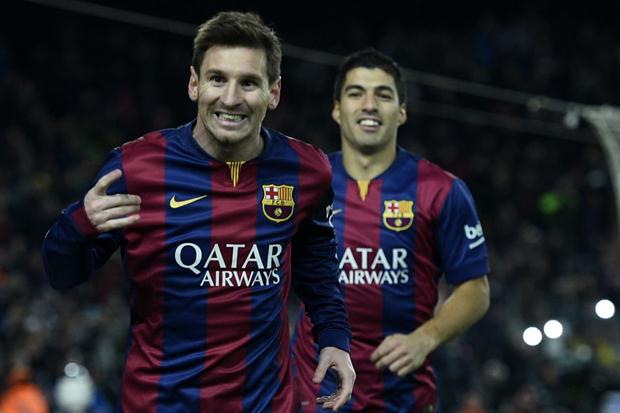 Barcelona have now won the competition five times, equalling Italian side AC Milan’s record, and look eager to kick-start their league campaign on August 23. The Blaugrana outfit still have a FIFA Club World Cup scheduled later this year, and will no doubt be looking to add that trophy to their cabinet.

Sevilla shocked Barcelona, when they took the lead in the third minute after Ever Banega’s free-kick beat Barcelona’s Marc-Andre ter Stegan, but a Lionel Messi inspired Barcelona responded with the Argentine scoring a succession of free-kick goals to put his team 2-1 up by the 16th minute.

The game began to look like ending in a convincing Barcelona victory after Rafinha scored a third just before the half-time whistle. Luis Suarez was sent on a break, and despite having his effort saved, kept the ball, and played in his teammate to tap-in.

Suarez would eventually score a goal after the break to make it 4-1, but Sevilla kept their faith, and remained diligent with their attacks. They eventually pulled a goal back in the 57th minute thanks to Jose Antonio Reyes’ side-footed strike.

With a little under 20 minutes remaining, Sevilla were awarded a penalty by referee Willie Collum for a foul on Vitolo. The player looked destined to score a diving header, but he was tugged back by Barcelona defender Jeremy Mathieu. Kevin Gameiro stepped up and scored to make it a one goal game. Sevilla persevered and were rewarded for their patience when substitute Yevheniy Konoplyanka scored at the back post to force extra-time with only nine minutes remaining.

It wasn’t until the second-half of extra-time where Barcelona eventually regained their lead thanks to substitute Pedro Rodriguez 115th minute strike. The Spanish forward was in the right place at the right time, tucking home a rebound to send fans wild.

Barcelona would hold on to their lead this time, and were relieved at the final whistle. Sevilla put in a battling performance, but it wasn’t enough as Barcelona claimed the ultimate prize. The newly crowned UEFA Super Cup champions open their season to Athletic Club Bilbao where they will be aiming to defend their league title.