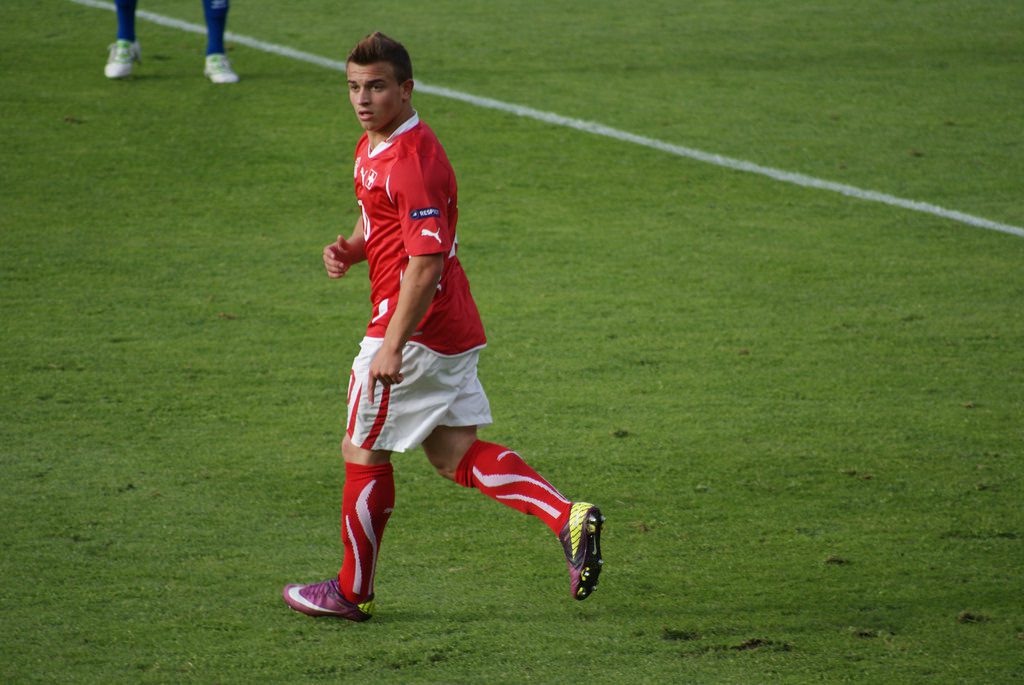 The Potters, and manager Mark Hughes, were interested in the winger early last month, and it seems as though they have finally got their man. It was initially thought that the Switzerland international rejected a move to the Premier League after turning down offers from Everton and Newcastle, but Stoke have come to an agreement for his services.

Shaqiri began his career in Switzerland playing for FC Basel where he made 92 league appearances scoring 18 times. The small, but powerful winger attracted the attention of some of Europe’s top clubs with his performances for Basel, and it was German side Bayern Munich who would eventually acquire his signature.

Shaqiri signed for Bayern in 2012 and made 52 league appearances, netting 11 times. He won a host of honors while at Bayern, including the Bundesliga and Champions League in his first season at the club. Shaqiri picked up more medals the following season as Bayern successfully defended their league crown, and won the UEFA Super Cup as well as the FIFA Club World Cup.

Shaqiri moved to Inter Milan in 2014, making only 15 appearances and scoring a single goal, failing to settle in Italy. He has made 46 appearances for the Swiss senior team, scoring 17 goals. Shaqiri featured in Switzerland’s 2014 FIFA World Cup campaign, scoring a hat-trick against Honduras to secure a place in the Round of 16.

Hughes has been known for his attack-minded tactics while at Manchester City, Fulham, and Queens Park Rangers, and Shaqiri, known for his pace both on and off the ball, brings a degree of flair to the East Midlands side as Hughes continues to overhaul the team’s style of play from a thuggish, rugby-like team to an attractive, attacking brand of football.

Stoke have already secured the signing of former Barcelona winger Ibrahim Afellay, 29, who also has Champions League experience, and Shaqiri’s arrival will put The Potters in good contention to fight for a European spot next season. Shaqiri brings with him loads of experience in the Champions League, and Hughes will be hoping this has an influence on his sides push for Europe next season.