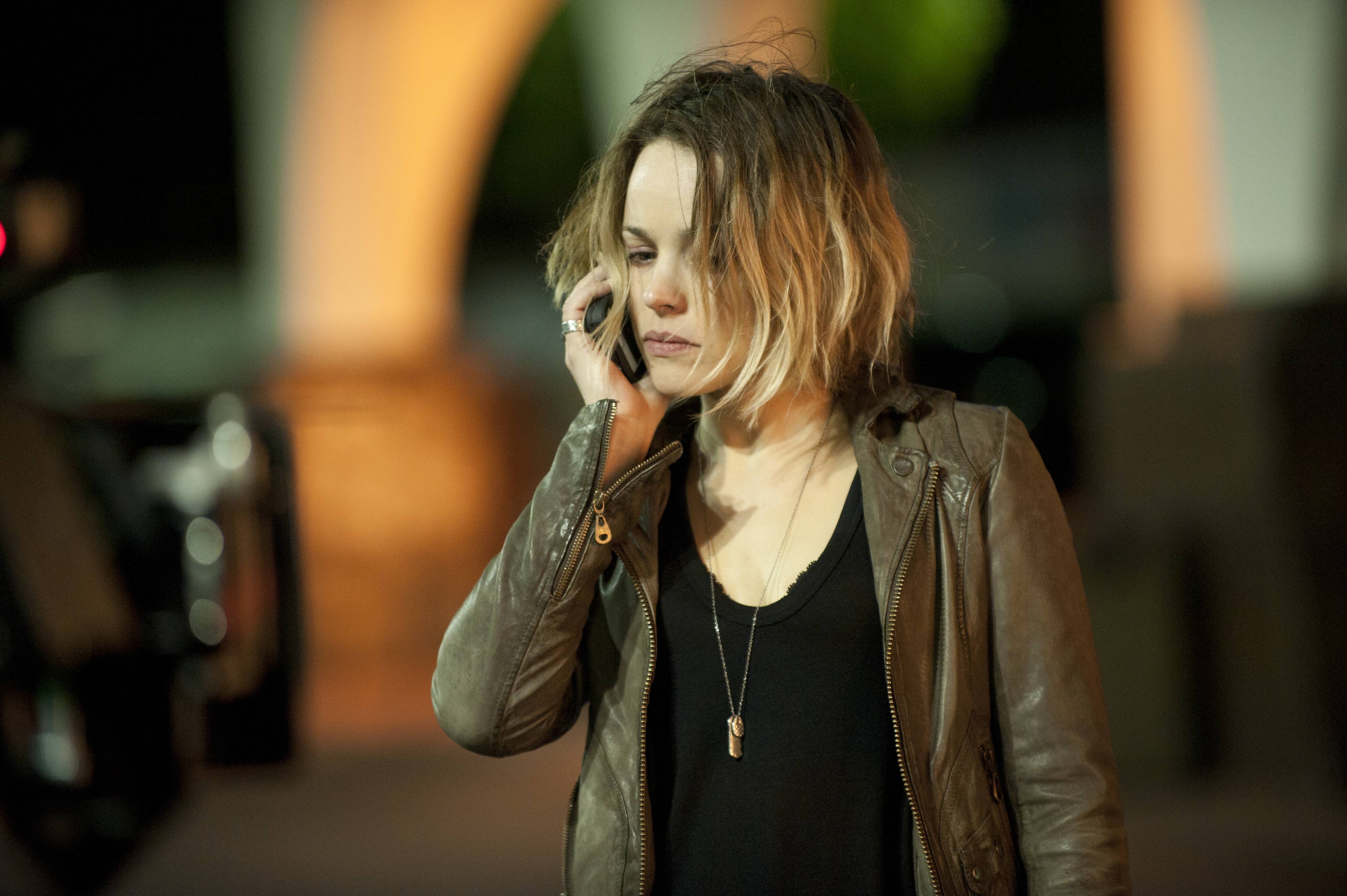 True Detective kicks off its Season 2 run with a slick intro full of expectedly dark imagery. Once the music stops, we shift to Colin Farrell’s mustached character, Ray Velcoro. He drops off his heavyset son at school, telling him to “be strong” in the face of potential bullies and adversity. With lengthy hair slicked back, a few strands falling near the cusp of his eyes, Ray fits the True Detective mold rather perfectly. Following Ray’s time with his son we learn that the detective’s wife was raped, a traumatic event that’s been compounded by the criminal remaining at large. This information unfolds to the audience as Farrell’s character attempts to expand his visitation rights.

A presumed flashback occurs next. Ray runs into Frank Semyon in a seedy bar, Vince Vaughn’s criminally inclined character. Ditching his usually comical nature, Vaughn embraces his role with a cold commitment. Without much prying, Frank reveals critical information to Ray about the uncaught rapist. In the present, True Detective shows Frank in his spacious, modern home where he readies himself for an important day of business. One of his places of stay has a casino headquarters, a sophisticated surrounding where Frank’s henchmen and wife, Jordan Semyon, provide him with advice. Jordan is played by Kelly Reilly.

True Detective takes a brief moment to show the sprawling freeway system present in this California series. We then see Rachel McAdams for the first time, a detective dealing with the aftermath of an awkward encounter the night before with a love interest. McAdams encompasses the role of Ani Bezzerides, a troubled woman unafraid to be blunt and forward with her thoughts. She and other workers bust an apparent prostitution house. To Ani’s dismay, her sister is conducting business at this location. Matters are made worse when the trip proves worthless. The business is licensed and there’s nothing Ani and her people can pin on them.

Back to Ray. There’s corruption occurring within the police force, and Ray’s relationship with Frank paints a picture of him doing his share of dirt. Taylor Kitsch’s highway patrolman is introduced next, named Paul Woodrugh, as he pulls over a blonde speedster in a red sports car. She offers Paul sexual favors in order to avoid a ticket. The scene cuts before we learn of a clear resolution between Paul and the fast driver, but whatever happened resulted in Paul’s suspension. What’s established early in True Detective is the dysfunction present within the characters Farrell, McAdams, and Kitsch play.

Meanwhile, Ani and her partner are on a trail of their own. A young Latina woman is missing with virtually zero leads on the case. In fact, it appears that the woman’s sister telling Ani of the case is the first time law enforcement has been informed of the situation. The first “entering the abyss” sort of move in Season 2 of True Detective is Ray sporting a ski mask before entering a local writer’s apartment. His beef with the writer or reasons for willingness to commit such a crime are unknown. As Ray bends the legal rules to his benefit, Ani meets with her father, a spiritualist type of individual played by David Morse. We learn that Ani’s mother abandoned her at an early age, and she suffered a failed marriage in the past.

Ray learns that his son’s shoes were stolen and cut up at school. “The fucking LeBron’s,” as Ray refers to them, being damaged in any form sends a potentially drunk Ray into a rage. He’s a short-tempered man with a cliché drinking problem, yes, clichéd in the sense that too many detectives on TV shows abuse the bottle. That said, Ray’s moments on screen are among the best in True Detective‘s season debut. We then turn back to Ani and her partner, Elvis, played by Michael Irby. He inquires about Ani’s quirky father, but she quickly rejects his prying.

Paul returns home to his assumed live-in girlfriend. Rocking shoulder burns or scars and a shredded physique, the detached character takes pills and showers. An unnecessary ass shot is inexplicably shown before Paul’s sex life scene shifts to a shot of another Frank meeting. The run-in ends with Frank tossing his glass against a wall.

Time to pay up for the “fucking LeBron’s” mentioned earlier. Ray visits the home of the boy who damaged the shoes. Without mercy, Ray beats the adolescent’s father to a pulp, scaring the boy in the process, and surely scarring him for life. He threatens to “butt fuck” members of the family and says something about making the mom a “headless corpse” if such a shoe-destroying incident occurs again. This type of language was present in True Detective‘s debut season, and creator Nic Pizzolatto clearly won’t be shying away from it this run of episodes, either.

When Ray and Frank meet, it’s revealed that Ray sported the ski mask and took over that writer’s quarters to benefit Frank. The purpose was to put a massive fear into him so he wouldn’t write a damaging story. Once Vaughn’s character departs, Ray continues his depressed binge. Equally depressed is Ani, and not necessarily depressed, but certainly tormented, is Paul. He speeds into the night with an alarming, death-bordering pace.

Unity doesn’t occur until the final moments, a setting that unfolds when Paul finds a corpse next to the road during his ride. Ani and Ray join the crime scene. The three are from different jurisdictions, creating a shitshow of legality and responsibility. In the end, this is an enticing episode full of established actors making welcomed TV turns. The pace is slow, frustratingly so at times, but a sense of traction appears to be coming now that Farrell, McAdams, and Kitsch have met. I’m not “Rust Cohle pursuing serial killers in Louisiana” level hooked yet, but I’m hooked.

Lastly, with this being a season debut, I did more of a play-by-play approach in my review. Moving forward, I’ll be including more personal analysis and thoughts while using discretion on what scenes warrant discussion. Please stay with me on these reviews as we enter Pizzolatto’s world of depravity together. That sounds weird, naturally, but there’s nothing not weird about True Detective.