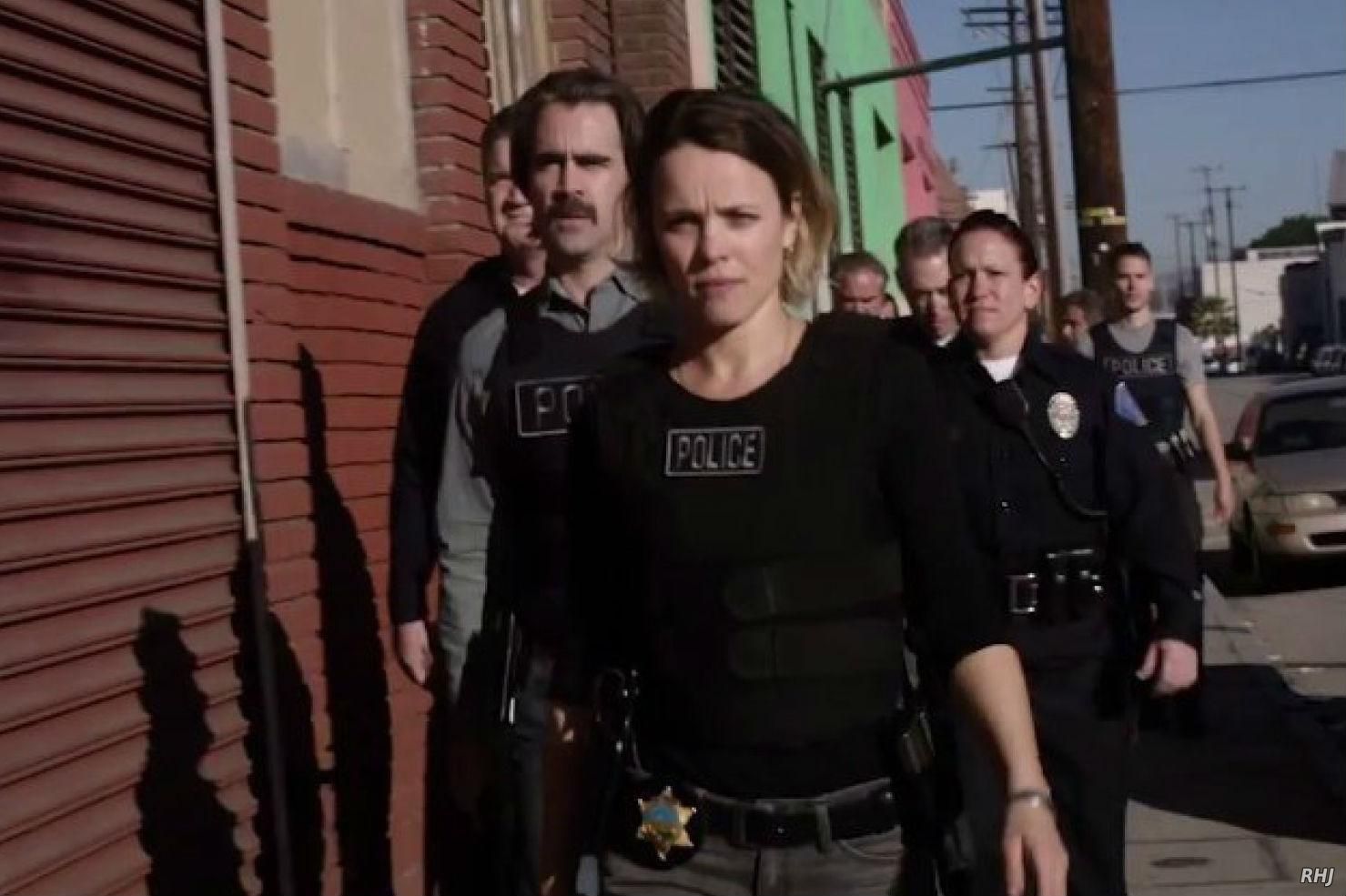 True Detective has been the subject of ceaseless debate during its Season 2 airing. Most can agree the show fails to meet Season 1’s prolific pedigree, although tremendous debate can be found everywhere else. Some love Colin Farrell’s character, others see him as the textbook “drunk and down on his luck” TV cop. Certain fans have praised Vince Vaughn’s serious turn, others believe his delivery has lacked. Rachel McAdams, what to do with Rachel McAdams? Her True Detective acting is on point, predictably so, but something about her character doesn’t fully resonate with the audience.

With supporters and haters on opposite sides, at least we have one constant: True Detective will continue to pump out episodes. In the season’s fourth installment, we open with a brief look at Ray and Ani in the field before Frank belittles a plantation worker in front of Jordan. They discuss the couple’s difficulty having a child. Nic Pizzolatto loves his sexual dialogue, and nearly every character in this season has some sort of sexual dysfunction, identity crisis, or traumatic sexual result (such as Ray likely being the father of a child resulting from a rape).

Paul wakes up with the man from last week’s episode, his comrade and on-and-off lover from the military. The week off has featured much fan discussion on Paul’s sexuality and his difficulty coping with it. He launches a “fuck” filled tirade once he has a moment of privacy. Soon enough, this moment is interrupted by hungry reporters. True Detective turns back to Ray and Ani. They discuss corruption and the investigation at hand. Nothing groundbreaking occurs with that partnership, and yet again, we shift to Frank attempting to resolve his business issues. He needs cocaine and crystal meth, along with additional drugs he’s looking to push, a bold move from a man in a desperate position.

The men are skeptical of Frank’s offered arrangement. He does his best to present this case assertively, and a hand shake signifies the new business opportunity. Meanwhile, Paul enters a car with Ray. Depression and overall disgust can be read on Paul’s face. He also fights back tears as he discusses his confused identity, clearly referring to his closeted homosexuality without revealing the true nature of his discomfort to Ray. Surprisingly, Ray presents decent advice and a pair of formidable ears.

More of Frank making the rounds. Is there any criminal or person in the True Detective world he won’t confront looking for cash? He and his people will come knocking if payments aren’t received. We switch back to Ray and Ani in the field once again. Does anyone else feel like this episode is lacking in pace? I write these reviews while watching the show play out, and roughly 20-25 minutes into this baby, we haven’t found any sort of footing.

Alas, though, we see Ani’s sister for the first time since this year’s debut. Ani is gloomier than usual, speaking in relative code about a past trauma or memory. Pizzolatto and his True Detective crew have the tendency to give characters introspective, philosophical type of dialogue, but that writing style better fit Season 1 than here. This is corruption and railway systems, not serial killers and child molesters, that is, unless the man in that animal mask emerges later as profoundly depraved. Point being, Pizzolatto has a knack for plucking the darkness out of his actors, but his reaches into the soul haven’t been as awarding this time around.

Paul presents the idea of marriage to his now pregnant on-and-off girlfriend. The implication is obvious: looking to push his true sexual identity deeper into the rabbit hole, Paul is willing to go about a marriage rooted in denial rather than a relationship that suits him. David Morse, the actor playing Ani’s dad, makes another appearance. He can be remembered as the serial killer in Disturbia along with countless other movie roles. True Detective would benefit from making his role a greater constant.

True Detective starts to develop a welcomed ominous tone about 30 minutes in. I’m still looking for the man in the animal mask to open up a criminal underbelly that Ray can enter, an eventual season trajectory that allows Pizzolatto to embrace his uniquely dark roots, but that hope continues to evade me. That teaser was put into the True Detective world when Ray was shot, it hasn’t been revisited since. Frank meets with, wait, is that you, David Denman? Yes, in the twilight zone, we have the usually comical Vaughn meeting with Denman, mostly known for playing Pam Beesly-Halpert’s boyfriend Roy Anderson in America’s version of The Office.

Ani is accused of a form of sexual misconduct. Nothing like a scorned man! Her little love interest fling from earlier in the season filed a complaint, problem being that he was a subordinate to Ani. Her departmental leave at least means that her and Paul can swap stories of being potentially wronged by police forces. True Detective then drops the past nugget of Ani and Elvis sleeping together, a situation that ruined the seemingly already ruined marriage between Elvis and his wife. Perhaps this would mean more if we gave a rat’s ass about Elvis? Michael Irby deserves better than the hand he’s been dealt.

Frank and Ray meet at their usual spot. 40 minutes in, we have no violence, no major breakthroughs, and nothing particularly special about episode four. Look, I’m all for dialogue-heavy episodes or training the audience perspective to seek bigger aspects than instant gratification or sensational developments, but that formula only works when there’s a payoff. The collective Season 2 fan base finally receives a payoff in the last 10 minutes.

“Sometimes your worst self is your best self.” At least we’re given that line from Frank. Ray then meets with his son. Is this goodbye? Feels like it. Ray disappears in the shadows once Alicia inquiries as to what’s transpiring. Not long after, Ani and the troops suit up for a raid. I suppose her departmental leave still allows her to work in certain capacities? As the force marches to its target, we can only hope something awesome is on the horizon.

The result is heavy machine gun fire from a vacant house. Multiple men go down. A massive explosion occurs inside the building, alarming the entire community in the process. Ray speculates that they just fired on a cookhouse. W. Earl Brown’s character takes a shot in the head before instantly dropping to the ground. This is far and above the most intense action of True Detective this season. We have Ray, Ani, and Paul in pursuit of bad men with machine guys. Yes, I’m okay with that.

The SUV collides with a bus after avoiding a slew of protestors. Many of the innocent True Detective bystanders are murdered. We then have a standoff of sorts, no one running or evading, instead, each side takes a position and exchanges fire. Ani appears to run out of ammunition. After executing a bus passenger, a criminal is lit up by Ray and Paul. They all emerge from the fire fight intact, bloodied bodies everywhere, distant sirens audible in the background. No words are spoken as each character is justifiably shaken by the shocking event.

FINALLY A BREAKTHROUGH MOMENT! Okay, this was a relatively safe play and standard operation (cops with average guns eliminating bad guys with superior weaponry), but it was still badass. And it was a necessary course of action for the season to take. I still need more depravity from True Detective, more encounters with evil, but I’m willing to settle for a solid rhythm, something we were given as this episode finished.