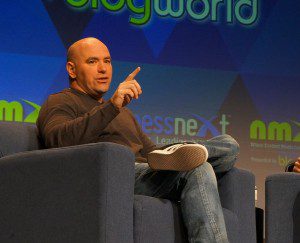 As boxing has continued its push into the shadow of the MMA world via the UFC, UFC 189 delivered the final shove on July 11. Even with the main event fight of Jose Aldo vs Conor McGregor changing due to an injury to Aldo, it showed anyone still denying the popularity of the UFC that the takeover was complete. Boxing tried to steal the summer with a dud of a pay-per-view that was Floyd Mayweather versus Manny Pacquiao, a desperate sport’s final attempt at relevance. Of course it was surrounded in controversy just like everything the boxing world does. It also lulled everyone to sleep with its slow pace and outrageous payouts. UFC 189 was the awakening the fight world needed.

Credit must go to UFC president Dana White. He has made it a point throughout his tenure as president to sign the most exciting fighters and explore options for the most entertaining fights possible. Not just that but his ability to promote his fighting league and give fans access to fighters is unlike anything ever seen before. UFC’s popularity has been steadily on the rise in the past decade, but the recent 18 months have been huge. A world tour to promote UFC 189 was the first of its kind for UFC. Jose Aldo vs Conor McGregor headlined for the featherweight championship so it cannot be a coincidence that the popularity rise of the UFC coincides with the emergence of McGregor.

Whether you like the fighter or not, McGregor has done wonders for the UFC and the world of MMA. He has turned his streak of wins into a career, along with outlandish antics to his opponents and excellent interviews. As his public approval began to rise so did his confidence and personality. Eventually new fight fans were tuning in just to hear what McGregor had to say about his opponent. It turned out to be the perfect storm for him and the sport. There was now a face for newcomers to associate with the UFC. Not to mention the guy literally has the entire nation of Ireland in his corner. Not figuratively. They literally follow him to every fight no matter where it is.

This footage is from January 17, 2015 during the McGregor-Dennis Siver weigh-in in Boston, MA (quick side note: this was my wife’s birthday, she WANTED to be here! How lucky am I?)

That fight was not for a title but the atmosphere was unlike any sporting event I have ever attended. I was a believer of McGregor’s following after that night in the Theater District of Boston.

With a giant stage set for UFC 189, every fighter on the main card stepped up to the plate with high intensity and explosive finishes throughout the night which included a jumping knee KO. With a co-main event fight being overshadowed by McGregor himself, let alone his eventual opponent Chad Mendes, Robbie Lawler and Rory Macdonald would end up being the fight that would impress UFC’s biggest audience ever. Lawler retained his welterweight championship in one of the most brutal fights in recent memory, a perfect combination of hype and delivery. I’m sure it went exactly the way Dana White and UFC matchmakers Joe Silva and Sean Shelby planned it.

When the most eyes have been set on the sports in 2015, boxing delivered a barely watchable product whereas UFC gave us arguably one of the most entertaining fights ever (Lawler vs Macdonald II). UFC can thank McGregor for his uncanny knack in that sport of promoting himself and his cult as seen above. The bait was set and the big fish are hooked.

Time for boxing to assume their position in the back seat. Big brother MMA is driving now.