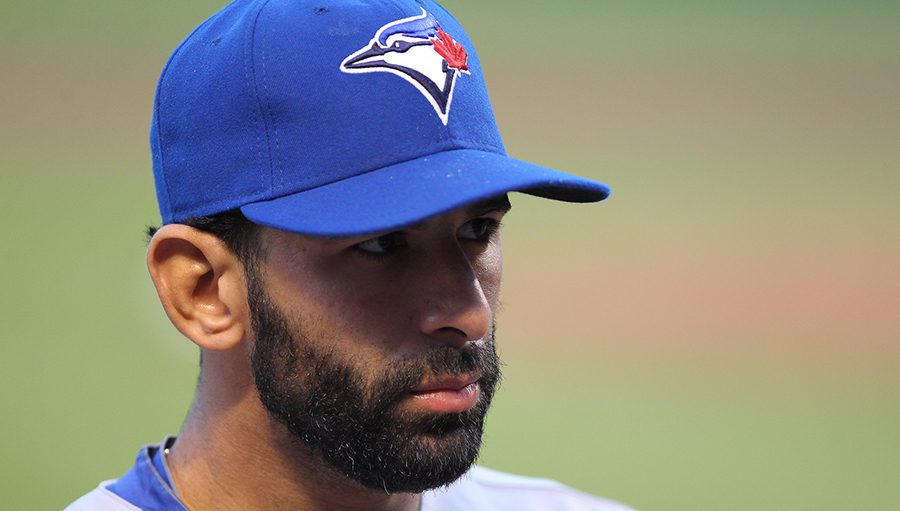 For those of you unaware, there is an incredibly incestuous relationship between the Toronto Blue Jays and one of the leading cable providers in Canada. The Blue Jays are owned by Rogers Communications. Rogers owns the stadium (who changed the name from the Skydome to the Rogers Center). Rogers owns the team. Rogers also owns the sports network that airs the games across the nation.

So when the network, which is owned by the same company that owns the team, came calling to injured rookie second baseman Devon Travis, what could the young man say. Sportsnet wanted to follow Travis on his journey of buying a suit. Don’t ask me why the network thought this was going to be a great story, but clearly someone believed this was going to be a way to kill some time.

When the news of the report got back to his teammates, some didn’t like what they heard. Specifically, Jose Bautista was irate that the network didn’t pay for Travis’s suit. Jose is so upset that he is boycotting talking to Sportsnet until the network agrees to pay for the suit Travis purchased.

On the one hand I think the story would have been tainted if Travis knew ahead of time that his suit would have been paid for. You look at buying things very differently when it’s not your money. This is still true if you’re making hundreds of thousands of dollars a year. On the other hand, Bautista believes that the efforts made by his teammate to accommodate a network that is a part of the organization that owns the team should be met with some amount of compensation.

At this point, we’re clearly not dealing with money. The principle of the matter is what is at the heart of Jose being upset with the network and ownership. In that same breath the network and the ownership are aware of the principle too. Giving in to the demand might open the door to other players making demands before they are willing to speak to the media. Regardless of how this plays out, I have to imagine there is going to be a lengthy discussion at the end of the season between the ownership and Mr. Bautista.