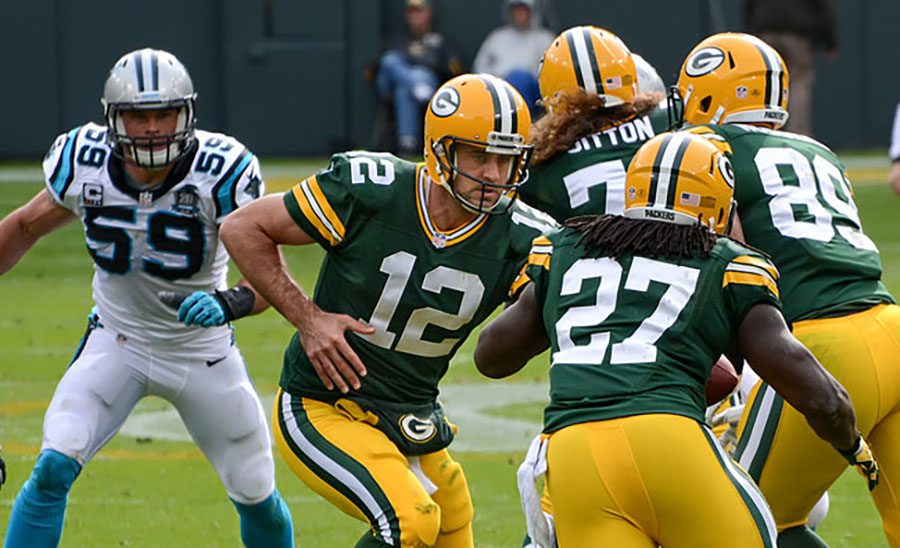 As sports news stations highlights are starting to be less dominated by baseball heroics, there is a quaint feeling of relief hearing the meddlesome voice of John Gruden coming through your flat screen television. The nights are finally starting to cool down and this is the time of year that all football fans have been patiently waiting for.

A minority of fantasy football leagues have already commenced their draft order, if not having already drafted their teams. Unique team names are being skewed on valuable work hours. Owners have started tinkering with the allure of role player trades. While the season has yet to be underway, fantasy football leagues have begun to prepare themselves. It’s that time of year once again.

Whether fantasy football fanatics use average draft position (ADP), ESPN’s Matthew Berry, or just plain superstition to decide their draft picks is irrelevant. There is a plethora of options that are viable at any pick. What isn’t accounted for is the importance of strategizing for draft day pressure.

The most important aspect in determining your strategy is determining the correct value of the players available during your pick. There are a limited amount of breakout stars, important role players, and sleepers at each position every year. So, make sure your team has them all. Assessing positional value, ADP, 2014 season statistics, and points we have calculated an incredibly valuable step-by-step draft strategy that should give you a better understanding of who to pick and when.

This list is organized by tiers in descending alphabetical order. Generating all of the players that any fantasy football owner should target, in order to optimize the maximum amount of points they receive on any given Sunday, Monday, or Thursday.

To begin, each tier includes a specific, nonequal amount of players. This is chosen based on varying ADP value. Based off this actual value, each tier has a specific amount of players that equates the range of ADP within their tier to be as close to 1.5 as possible (Range = Highest ADP Value-Lowest ADP Value). This keeps consistency within each tier and gives a more accurate reading of average ADP per tier.

How is this valuable to you? Well, this gives fantasy football owners the ability to draft players as steals. Instead of taking a risk on a player, this is a quantitive approach that gives owners a good understanding of player values. Using this correctly, owners can visualize the best players available on the big board and select accordingly. This way, instead of buying high on a running back that you may not be familiar with, this sheet will provide owners with the appropriate information.

This may not be necessary for the first few rounds, as players have a certain draw to themselves because of their skill, situation, or name. A majority of A-tier players will be taken right away. As the middle rounds come along, there is an incredible amount of depth consistently available that gets either skipped on or drafted way too early. Don’t make that mistake anymore.

Study this list and familiarize yourself with the players that are worth your first three round picks. This will make a difference further down the season. Having Matt Forte, Julio Jones, and Calvin Johnson will prove a lot better than Forte, Justin Forsett, and Mark Ingram. While the latter team may have good running back depth, they missed out on premier wide receivers. This is because of the value of players and how they can contribute to your team.

All fantasy football owners have one thing in common on draft day. A list of the top available players, based off of some statistic sheet that was hurled out there by a crazed fan. This is a different approach that has worked in past seasons. Study this, and implement it into your new drafting strategy. 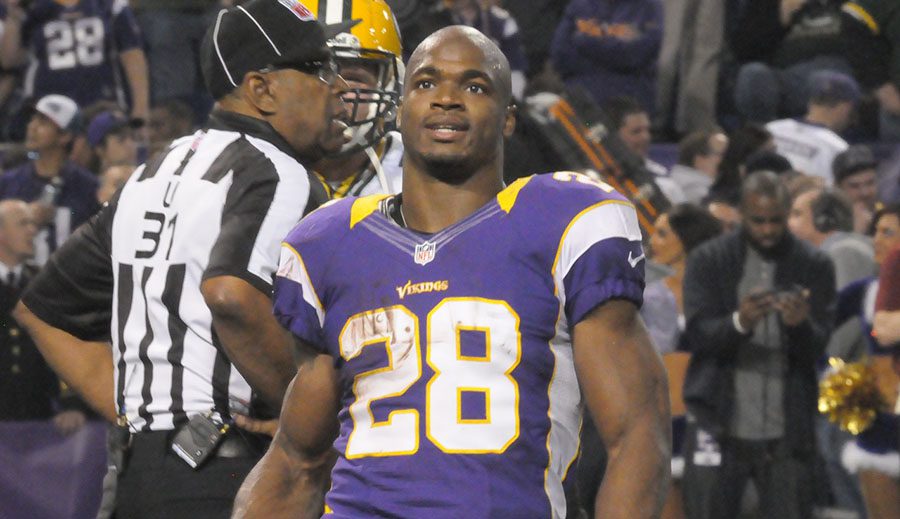 A-Tier Running Backs: These are your go-to guys. The difference makers. Select as many of these players as you possibly can because the next level of running backs below have an ADP difference of -2.04. Average ADP: 2

A-Tier Wide Receivers: These guys are proven large-scoring players. They make a difference in your WR1 position. Although, take a look at the B-tier wide receivers as well, because the difference between these two is a little less than a point. Average ADP: 1.97

B-Tier Running Backs: These backs have the ability to succeed tremendously next season. While they aren’t an established name like some of the players above, they will definitely contribute to the overall success of any fantasy team. Get these players before it’s too late. Average ADP: 4.04

B-Tier Wide Receivers: These wide receivers are valuable role players to any roster. Contributing on a frequent basis, these players have some of the best statistical outputs on a weekly basis. Making a great WR2, look to draft these players in the fifth round or so. Average ADP: 2.91

B-Tier Quarterbacks: These quarterbacks are the outliers of the data. They may have an incredibly low ADP, but quarterbacks value is completely subjective. They can have large outputs, yet if playing the waiver wire correctly, so can anyone else. Average ADP: 2.5

B-Tier Tight Ends: These are the best tight ends in the league, but they aren’t worth a first round pick. Remember, tiers are based on when players should be drafted, not the actual skills of the players. Wait until you draft a tight end. Average ADP: 3.3

C-Tier Running Backs: This is a very narrow change in ADP from B-tier to C-tier. The value of these backs will be important as the season moves on. These guys would make a great RB2 or Flex option. Average ADP: 5.25

C-Tier Wide Receivers: This is one of the largest changes in average ADP. Make sure, that every wide receiver above has been selected before you attempt to draft any of these players! Other than that, they should be some of the best sleeper picks in the draft. Just don’t overpay. Average ADP: 5.2

C-Tier Quarterbacks: These quarterbacks will provide for your team once you have a good rushing and receiving core established. This is a great pick up, if you waited. Average ADP: 5.8

D-Tier Running Backs: These running backs are selected so late in the draft, simply because of their situation. These are backs you don’t want to take too high, as they have uncertain circumstances. Yet, they have a chance to be one of your best bench players. Average ADP: 6.14

D-Tier Wide Receivers: Make sure to wait on these guys. They could add some serious depth to your roster albeit everything runs smoothly this season. Average ADP: 7.6

D-Tier Quarterbacks: With quarterback ADP ranging close to 3 points per tier, these players shouldn’t drag down your team too much. Get them at a good position. Average ADP: 8.25

D-Tier Tight Ends: Tight Ends are tricky because every year, one player breaks out and has a fantastic year. These guys have put up average numbers the past couple of season and you shouldn’t roll out the red carpet quite yet. Average ADP: 7.3

E-Tier Wide Receivers: This is a close jump once again between the two tiers. These players will have close to the same value as those in D-Tier. Average ADP: 8.48

E-Tier Running Backs: These backs are the ones that you would select to fill your bench. They will offer a week or tow or great output but are mainly here to fill void during bye weeks. Average ADP: 8.61

E-Tier Quarterbacks: These players will most likely have the best value. With the ability to be drafted so late, these quarterbacks have the potential to really explode onto the scene this year. Average ADP: 10

F-Tier Running Backs: Mainly filers here. You might find some value amongst these players, but don’t expect much. Average ADP: 14.22

F-Tier Wide Receivers: Just get some of these guys on your roster, and pay attention to matchup. Might be a viable option at some point in the season. Maybe trade-bait for another person who ignored this article. Average ADP: 12.65

F-Tier Quarterbacks: If you haven’t drafted a QB at this point, might as well wait and decide on a weekly basis depending on match ups. Average ADP: 15.58

F-Tier Tight Ends: What did I say before about drafting a tight end??? Average ADP:15.9