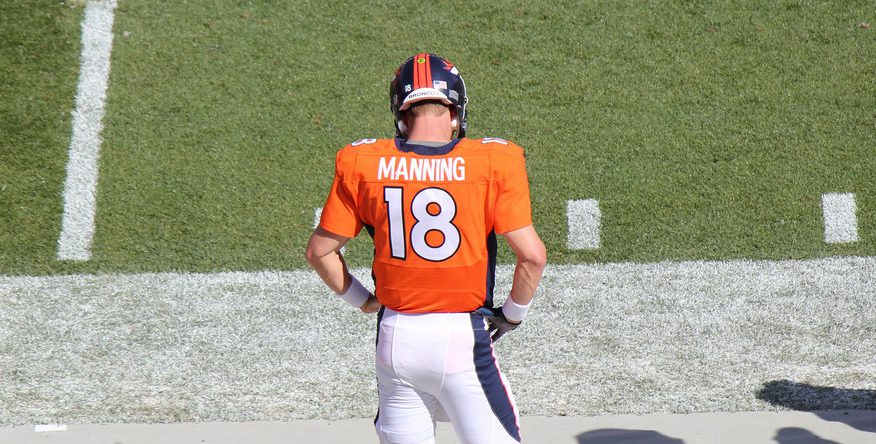 Every year there are a litany of fantasy sport flops that absolutely crush your fantasy football season. Injuries are among the most common problems here, but there are other factors to consider as well. I’m here to help you avoid some potential pitfalls of the 2015 NFL season. I am not going to go into the fifth wide receiver on the Cleveland Browns depth chart type guys. I’m going to look at the guys you may have thought of drafting.

Sam Bradford, QB, Philadelphia Eagles
There are a lot of injury concerns with Bradford. It’s so bad that there is a petition in Philly to ask the Pope to bless Bradford’s knees. This is also a new system for Bradford, but there is more. I wonder who Bradford is throwing to? Riley Cooper is the team’s top listed receiver on their depth chart. Darren Sproles will kick in some catches, and both DeMarco Murray and Ryan Mathews are capable pass catchers out of the backfield, but you do get the sense that the team is going to try to run the ball a little more. Best guess, 3,500 yards and 25 touchdowns is about what you’d expect to see in a best-case scenario.

Drew Brees, QB, New Orleans Saints
Usually among the locks for top fantasy output year after year, I’m very down on Brees’ stock this year. For those of you not keeping track, Jimmy Graham is now in Seattle, and if you can name one wide receiver or tight end for the Saints not named Marques Colston then you’re doing better than I am. The team has made a marked commitment to the run game with the Graham trade and acquisition of running back C.J. Spiller. Brees will still be a solid quarterback, but his gawdy numbers are going to be a thing of the past. A man who has twice posted 5,000-plus yards in a season might be lucky to put up 4,000 this year and will almost assuredly have less than 30 touchdowns. There are many other QBs I’d look at ahead of Brees.

Todd Gurley, RB, St. Louis Rams
Coming off an ACL tear, Gurley was the first running back taken in the 2015 NFL Draft. His college production was ridiculous and makes it hard to ignore, but please do ignore him. Aside from his own personal injury issues, the team currently still has Tre Mason on the roster, who was the team’s leading rusher last year, and has looked great during the preseason. It is going to take Gurley some time to get acclimated to the scheme once he’s able to get back on the field. Even then he’ll need to beat out Mason, who is not coming off a medical issue. Best guess is 500 yards and four touchdowns, and I wouldn’t even want that from a secondary running back on my roster.

Peyton Manning, QB, Denver Broncos
He’s a year older, and he’s lost Julius Thomas. This could be the last year for Manning in the NFL and it could be his worst statistical season as the team looks to focus more on the run. The offensive line also has lost some talent, which means the immobile Manning is going to have less time to throw. As a secondary QB there might be no better, but don’t take this guy as your top option.

Brandon Marshall, WR, New York Jets
Marshall has been one of the most productive wide receivers in the game for years, so what happened? The first move was a trade to the New York Jets, a team with some serious quarterback issues. The Jets always have been a run-first team, and this year is expected to be no different. The Chicago Bears had a bevy of solid wide receivers, a brilliant pass-catching tight end and a solid quarterback to go with all this. While the Jets do have Eric Decker, that is where the similarities stop, and that was before Geno Smith got his jaw broken. If Marshall puts up 850 yards and seven touchdowns this season I would be shocked.

DeMarco Murray, RB, Philadelphia Eagles
Last year Murray ripped up the record books, but to expect him to do anything similar this year is insane. Murray has had injury issues every year since he’s been in the league, including last year when he broke his hand, but opted to play. He is also now a part of a backfield that includes Darren Sproles, and Ryan Mathews. There is also the fact that the Eagles offensive line is not in the same atmosphere as that of the Dallas Cowboys. My best guess is Murray finishes the season with about 800 yards and maybe eight touchdowns. In a very late round as a flier he might be worth a pick, but I can think of literally dozens of other players I’d take ahead of him for my running back.

New York Jets Team Defense
Tying into the above point with Brandon Marshall, the Jets are in a rough spot this year. The addition of Darrelle Revis and Antonio Cromartie and the surprise draft windfall of Leonard Williams, an already stout defensive team was only going to get better. There is some logic in that thought process. The problem is more with the offense and points. I highly expect the defense to generate sacks and some turnovers. I also expect they will give up a lot of points and yards due to the frequency that the other team is going to have the ball. This will depend more on how the points for your league are structured, but I wouldn’t target the Jets as my top defensive unit for any of my teams.

San Francisco 49ers Defense
The offense is going to struggle this year. That is going to put a lot more pressure on the defense to perform, and they lost a ton of players and coaches. The Seattle Seahawks, Arizona Cardinals, and St. Louis Rams all improved their offenses this offseason, so I’d avoid this defense like the plague, despite how well they have performed historically.

Julius Thomas, TE, Jacksonville Jaguars
Remember when Thomas was one of the best tight ends in the league? Those days in an offense led by Payton Manning and complimented by a solid set of receivers are gone. Plug him into an offense that is led by Blake Bortles and pair him with a selection of wide recievers that are far below the league average, the end result is not good for Thomas. Six-hundred yards and six touchdowns might be all he is good for as he’s blanketed by double coverage week after week.

Sammy Watkins, WR, Buffalo Bills
Watkins put up a heck of a rookie year, being thrown to by Kyle Orton. Orton retired, and now Watkins has to catch balls from Matt Cassel, E.J. Manuel, or Tyrod Taylor. That doesn’t make me feel warm and fuzzy. The acquisition of LeSean McCoy is also going to mean that the team runs the ball a little more. That is also inline with the Rex Ryan philosophy of play. I could go on and on, but 700 yards and eight touchdowns seems about right.