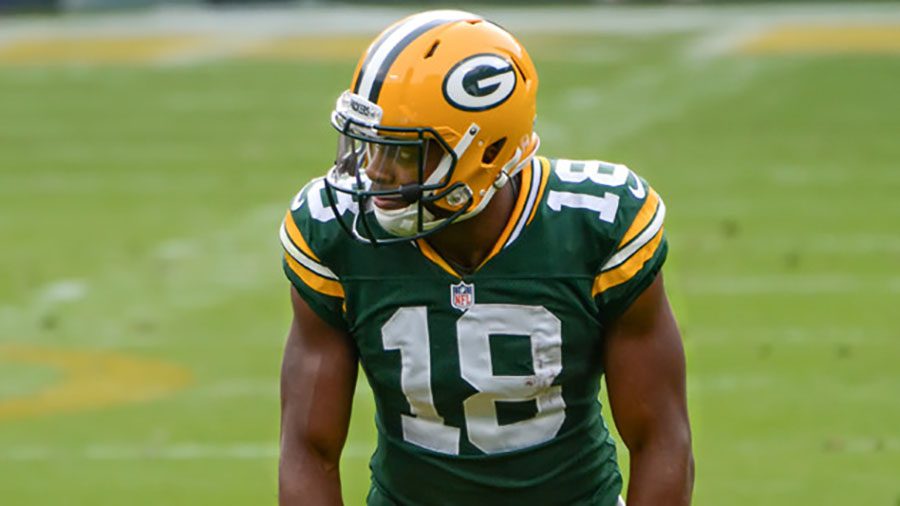 NFL offseason transactions, injuries, and personnel changes will have a major impact on the season. While these implications may hinder the development of some teams, looking at you San Francisco 49ers, this also opens the door for other players to showcase their abilities. Tom Brady epitomizes this concept. Drafted with the final pick in the 2000 NFL draft, Brady was given the reins to take over the New England Patriots for an injured Drew Bledsoe. Every season, players are given the opportunity to burst onto the scene. While this is primarily beneficial for the franchise, it is also impactful for fantasy football rosters. The players that follow on this list are primed for a great season and should be taken advantage of during any fantasy football draft.

Teddy Bridgewater, QB, Minnesota Vikings
Bridgewater took on more responsibility than any other rookie quarterback in the league last season. With the absence of All-Pro running back Adrian Peterson, Bridgewater had little to no rushing threats. This stunted his ability to make a difference as a playmaker due to defensive schemes denying passing opportunities. Bridgewater was still able to flash his true potential as a franchise quarterback throwing for nearly 3,000 yards and 14 touchdowns. Teddy will make a huge jump as defensive coordinators have to plan against the now multi-faceted Minnesota offense.

Randall Cobb, WR, Green Bay Packers
Unfortunately for the Green Bay Packers, their number one wide receiver has gone down with a torn ACL in a preseason game. The loss of Jordy Nelson will be apparent in the Packers number one offense. In order to fill this void, Packers quarterback Aaron Rodgers is going to have to heavily rely on the skills of Randall Cobb. Cobb is a talented receiver who will have an amazing year. If another receiver can take the attention of Cobb, the stage will be set for his breakout season.

Eric Ebron, TE, Detroit Lions
The Detroit Lions have had lackluster offensive production from their tight end position for the past few seasons. In the 2014 NFL Draft, Ebron was selected as the tenth overall pick to support Calvin Johnson and Golden Tate. Ebron is an athletic freak of nature, whose presence can be immediately seen on the field. While his production wasn’t outstanding last season, Ebron will build off any success in replacing Brandon Pettigrew and getting the red zone targets that he deserves.

Coby Fleener, TE, Indianapolis Colts
Fleener and Andrew Luck have built a connection since they both played at Stanford University under Jim Harbaugh. Last season, Fleener caught eight touchdown passes and had an outstanding season at the tight end position. Solidifying his starting role, Fleener will have a large impact on any fantasy football team. With the offseason additions of Frank Gore and Andre Johnson, the Colts will have the most potent offense in the league. Look for Fleener to reap the benefits.

Melvin Gordon, RB, San Diego Chargers
The San Diego Chargers had one of the most unique running back rotations in the league. With an injury-prone Ryan Matthews and a written-off Danny Woodhead, there was no established starter in the Chargers offense. That will change almost immediately with the arrival of Gordon. Gordon dominated the collegiate level with his combination of vision, speed, and size. Gordon has had an amazing training camp and will be the Chargers starting running back come the regular season. Expect Gordon to be a candidate for NFL Offensive Rookie of the Year as the Chargers’ system is the perfect place for him to be a threat out of the backfield.

DeAndre Hopkins, WR, Houston Texans
The starting quarterback controversy in Houston will be no issue for DeAndre Hopkins. As the premier wide receiver in the Texans offense, Hopkins will be heavily relied on in to step up as a dependable receiver. With the departure of Andre Johnson, Hopkins now has the opportunity to thrive under Bill O’Brien’s offense. Tallying more than 900 yards and six more touchdowns than his rookie campaign, Hopkins is now the go-to receiver in the Texan offense.

Carlos Hyde, RB, San Francisco 49ers
The 49ers have been dependent on their rushing offense for the past decade. Frank Gore set the all-time franchise rushing record for the organization and departed this offseason for the Indianapolis Colts. Filling the shoes of the San Francisco legend is second-year back, Carlos Hyde. Hyde is built similar to Gore and will replicate the same success. Hyde is heading into the season as the number one running back on the depth chart and will receive a majority of the carries. His output will reflect this and he will prove himself as one of the premiere backs in the league.

Alshon Jeffery, WR, Chicago Bears
Jeffery is another example of a receiver who has the opportunity to run the number one slot. Outperforming his successor Brandon Marshall, Jeffery now has a very competent offensive coordinator in Adam Gase. Jeffery will have a career year under the new offensive coordinator. Adding onto his previous 1,000 receiving yards and 10 touchdown campaign, Jeffery will be a Pro-Bowl caliber player in the league.

Latavius Murray, RB, Oakland Raiders
Derek Carr has finally received some viable offensive weapons. Adding Amari Cooper and Michael Crabtree at wideout gives the Oakland Raiders the opportunity to space the field and diversify their play calling. Stepping into the starting running back position for the Raiders is Latavius Murray. Murray had a dismal 2014 statistical year as the third-string running back, but will have more offensive output and won’t have the same defensive pressure as Oakland running backs are accustomed to.

Jameis Winston, QB, Tampa Bay Buccaneers
Winston was taken number one overall in this year’s NFL Draft. As scouts questioned his work ethic and maturity, Winston couldn’t have been drafted into a better position. Jameis has better offensive weapons than any other rookie quarterback. Along with an effective rushing offense, Winston will be able to showcase his downfield vision and accuracy. The Bucs will be a surprising franchise mainly due to Winston’s production.