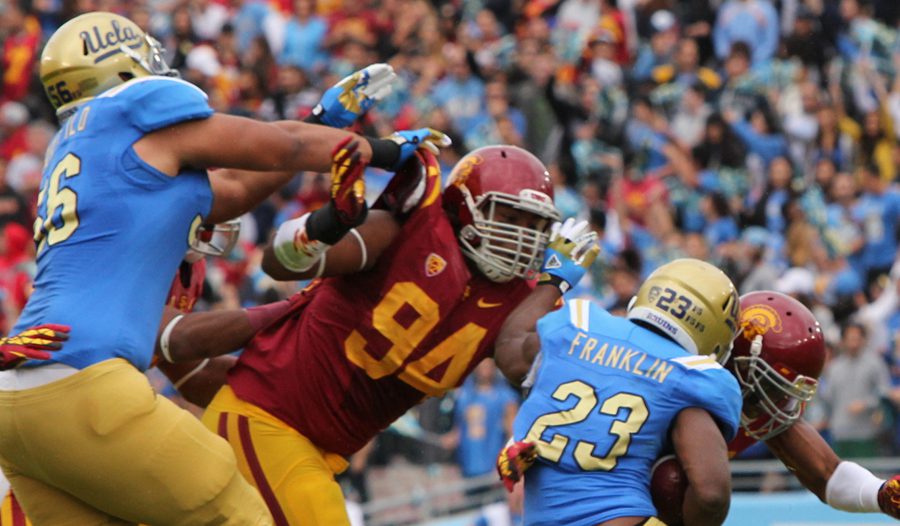 With hundreds of players entering the NFL each year it’s hard to pick out those who will provide an immediate impact to their clubs. Draft status oftentimes isn’t the defining factor, but being afforded playing time certainly helps in terms of building your name in the league. No one expected Zack Martin to get to the Pro Bowl, and even less had Odell Beckham Jr. penciled in for an award after an injury sidelined him early in 2014. With all that in mind, let’s look at the top 10 NFL Rookie of the Year candidates as part of BMF Sports NFL season preview.

10. Jameis Winston, QB, Tampa Bay Buccaneers
The first overall pick has some things going for him. Namely he plays in a disgustingly weak division. Every team except the Carolina Panthers has a lot of rebuilding to do on their defenses. This could allow Winston to put up decent numbers, and maybe more importantly, enough wins to secure a division title. It is absolutely possible.

9. Todd Gurley, RB, St. Louis Rams
This is an absolute boom or bust type player. If he comes back 100 percent of what he was in college than he could be dynamite. It also helps that coach Jeff Fisher enjoys running the ball as much as he does. If the injury is nagging or Gurley gets injured again than this is going to be a heartbreaking bust for the Rams.

8. Breshad Perriman, WR, Baltimore Ravens
The Ravens managed to do well without quality recievers, and they may have found one in Perriman. Joe Flacco is a cool customer in the pocket and Steve Smith is going to help coach this rookie up a bit. Perriman is a much larger target than Smith, so expect some redzone targets and touchdowns.

7. Landon Collins, SS, New York Giants
The top pick of the second round the Giants new they had to get some help, which is why they traded up to get Collins. Viewed by many as a first round pick there wasn’t really much rhyme or reason to his fall. Why I think Collins has a shot is because the Giants are going to give him plenty of opportunities to help with run support and pick off passes. The Giants defense isn’t great, which means he’ll have to be in on plays.

6. Kevin Johnson, CB, Houston Texans
Johnson has the fortunate circumstance of coming to a great team with the leagues best defensive player. Opposing quarterbacks are going to be forced to get rid of the ball quickly, and that should aid Johnson in his efforts to deflect and pick off balls. It also helps when you have J.J. Watt offering up as many tipped balls as he does.

5. Devin Funchess, WR, Carolina Panthers
Even before the injury to Kelvin Benjamin there was a lot of hype about Funcess. It helps that he plays in a division with lackluster defenses. It also helps that he has a run game and a composed quarterback to delivery him the ball. He stood to be a force even before the injury, and if he’s the top option he could be epic this season.

4. Randy Gregory, DE, Dallas Cowboys
A late second round pick with first round talent the Cowboys took a chance on Gregory and all signs from training camp are that the gamble has paid off. Gregory is likely to be brought in as a situational pass rusher and defensive line rotation guy. He has already showed that he can excel against elite blocking players like Tyron Smith. In a division that lacked quality tackles he could have a field day.

3. Leonard Williams, DT, New York Jets
With a suspension along the defensive front Williams is going to get a lot more playing time that some would have initially guessed. Playing as part of a dominant defensive unit is only going to help Williams get one-on-one matchups that he should be able to take advantage of. As a defensive tackle his presence might be larger than his numbers. We’ll have to see how it all pans out.

2. Amari Cooper, WR, Oakland Raiders
Cooper is an elite player that gets the benefit of a blossoming quarterback and limited options for the offense. He will be given every opportunity to make plays and should receive a ton of work. The knock here is that because he is really the best option he may face double teams that I’m not sure he’ll be able to work through.

1. Melvin Gordon, RB, San Diego Chargers
Gordon has the benefit of the perfect situation. He is going to go up against teams that have limited ability to collapse the running lanes. He has a great quarterback and a good passing attack that will force defenses to not crowd the box. There are also no injury concerns and the notion that he should get the bulk of the carries (assuming he’s not stricken with fumblitis). It all stacks up for Gordon to have a banner year.