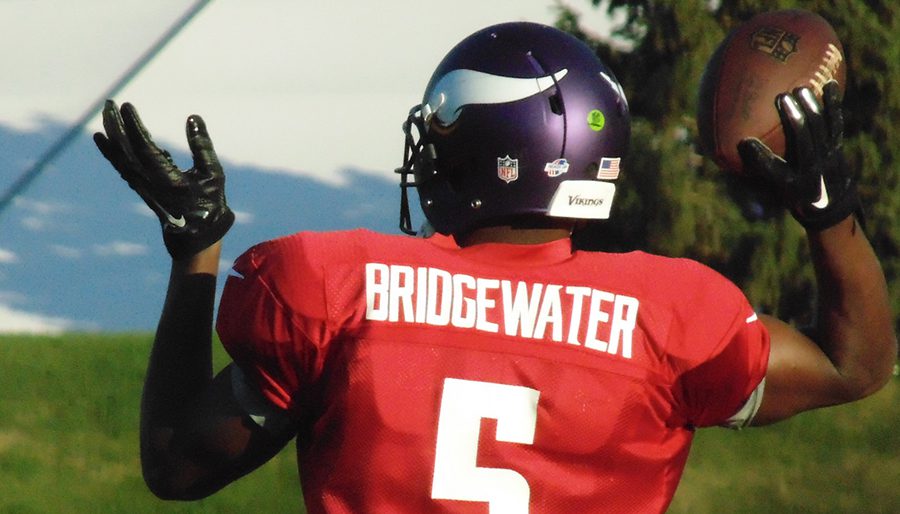 In order to break out you have to stand above your peers. Not just above your peers but above your own body of work. Players that have high expectations don’t break out when they meet those expectations, or fall short of them; even if falling short means being better than everyone else at your position. Let’s examine who could break out this year as part of BMF Sports’ NFL season preview.

10. Joseph Randle, RB, Dallas Cowboys
Randle has assumed the role of the top running back behind one of the best offensive line’s in football. He has shown good running ability in the preseason and may possess better speed than DeMarco Murray. Randle could be poised to come away with over 1,000 yards rushing this year.

9. Jadeveon Clowney, DE, Houston Texans
Coming off a year away from football to rehab an injury the hopes were sky high for Clowney last year. Now he gets to be paird with J.J. Watt and Vince Wilfork. There should be plenty of opportunities to beat tackles one-on-one and pile up sacks, if Watt doesn’t get there first.

8. Leonard Williams, DT, New York Jets
With a suspension along the defensive front Williams is going to get a lot reps to start the season. Playing as part of a dominant defensive unit is only going to help Williams get one-on-one matchups that he should be able to take advantage of. As a defensive tackle his presence might be larger than his numbers, but given the talent around him he could pile up sacks and QB Pressures in a hurry.

7. C.J. Anderson, RB, Denver Broncos
Flying up the draft boards in your fantasy league is the top running back for the Denver Broncos. C.J. only put up 849 yards last year and this year the team has said they want to run the ball more. All that ads up to a much more productive 2015.

6. Greg Hardy, DE, Dallas Cowboys
Hard to call it a comeback when Hardy did have 15 sacks, but that was two years ago. Hardy spent all of last year on the sidelines. By all accounts he has been amazing at Cowboys camp so far, and while he may be sitting out the first four games there are high hopes when he does come back with some of the other pieces the team has added on defense.

5. Amari Cooper, WR, Oakland Raiders
Cooper is an elite player that gets the benefit of a blossoming quarterback and limited options for the offense. He will be given every opportunity to make plays and should receive a ton of work. The knock here is that because he is really the best option he may face double teams that I’m not sure he’ll be able to work through.

4. Ezekiel Ansah, DE, Detroit Lions
The departure of Ndamukong Suh is going to hurt. On the other hand Ansah stands to improve his personal statistics because Suh won’t be getting to the QB as much. The addition of Haloti Ngata will help ease the loss and Ansah should be ready to break out this season.

3. Teddy Bridgewater, QB, Minnesota Vikings
Teddy looked a bit like a stuffed bear when he came into the league, but by the end of the season there were some claws out. The preseason has shown that Teddy is primed to be a top level competitor, and he benefits from some lackluster passing defenses in his division and a dome to call home. Adrian Peterson being back in the mix won’t hurt things either.

2. Melvin Gordon, RB, San Diego Chargers
Gordon has the benefit of the perfect situation. He is going to go up against teams that have limited ability to collapse the running lanes. He has a great quarterback and a good passing attack that will force defenses to not crowd the box. There are also no injury concerns and the notion that he should get the bulk of the carries (assuming he’s not stricken with fumblitis). It all stacks up for Gordon to have a banner year.

1. Josh Hill, TE, New Orleans Saints
Hill had a measly 5 TD’s and 175 yards last year. Hill also played very little as Jimmy Graham received the bulk of the work and the Saints rarely worked out a double tight end set. Now look at the 5 touchdowns again. I’m not sure the yardage is going to be insane, but Hill could easily have 10+ touchdowns this season with 800 yards. That’s an insane improvement and should put him on the map for other teams.