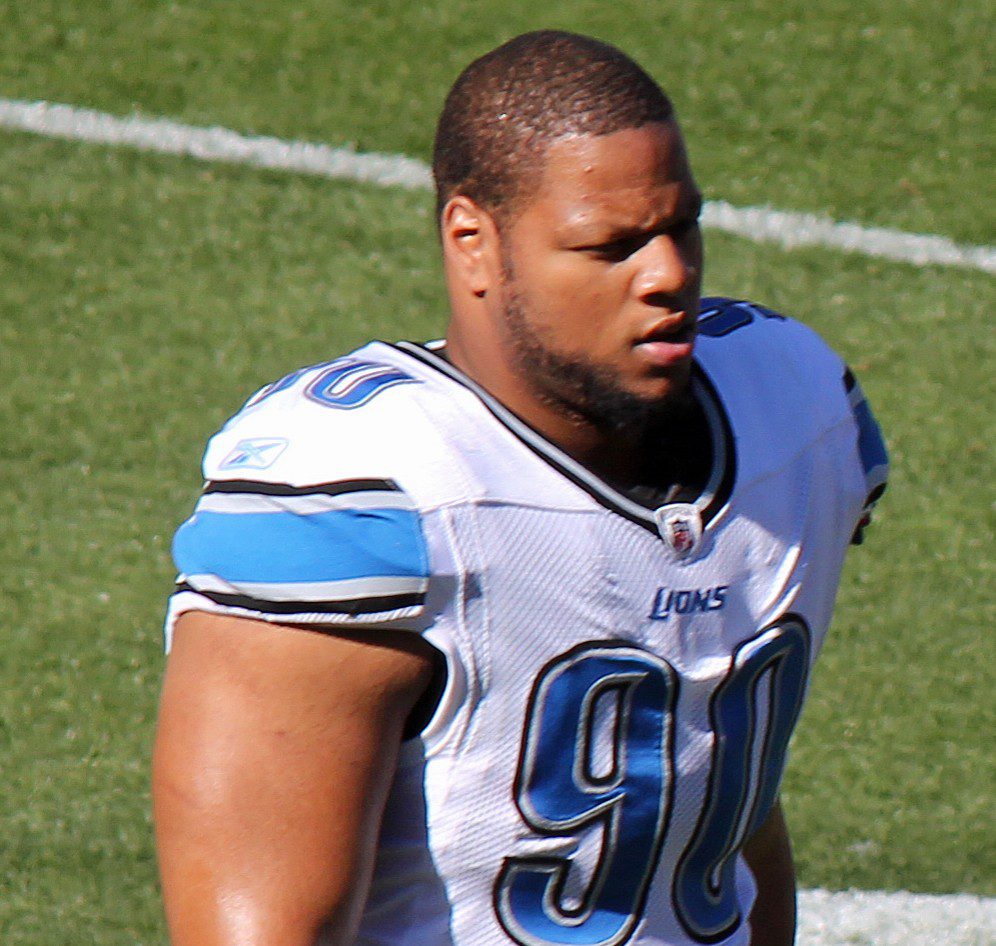 It is very hard to define a “bust” player. Certainly any player that doesn’t live up to their potential is going to face criticism, but what elevates a player to “bust” status? Typically it’s when truly epic expectations meet with unforeseen circumstances. Keep that in mind as we break down who could bust this year in our NFL season preview.

10. Ndamukong Suh, DT, Miami Dolphins
My only real worry here is the money and a guy by the name of Albert Haynesworth. For those of you who don’t recall, Haynesworth signed a record deal as a disruptive defensive tackle coming out of the Tennessee Titans organization. He signed with the Washington Redskins and basically decided that he was done putting in the work once he got the crazy contract. So far that doesn’t appear to be the case with Suh, but there are crazy high expectations associated with the price tag on his contract and I’m not sure he can live up to them.

9. Odell Beckham, Jr., WR, New York Giants
Last year the Giants superstar missed some time at the beginning of the season because of injuries. When you multiply that by the Madden curse and a sophomore slump there are some genuine concerns about what his total output this year could be. Having Victor Cruz back in the fold may also limit his targets. I’m not saying to avoid him, I’m just saying to be cautious of these things if you are thinking about him as a fantasy draftee.

8. Nick Foles/Sam Bradford, QBs, St. Louis Rams/Philadelphia Eagles
Both of these players (who were traded for one another) have very different reasons why they could bust, and yet I can’t decide between the two. Foles is going into a division where the defenses are downright nasty. He does not have a working knowledge of the system and has limited weapons to work with. Bradford is broken more often than a high school vending machine. He has limited knowledge of the system he’s entering into. Bradford does have running back help (in spades), but there are questions about his receiving options.

7. Jameis Winston, QB, Tampa Bay Buccaneers
This is the burden of being the first overall pick. In Winston’s favor is the fact that his division is rather weak. Against him is the fact that his team had the top overall pick for a reason. You’d hope that he will be judged on individual statistics instead of how the team plays, however, even individual accolades may be difficult to come by given the supporting cast on both sides of the ball.

6. Rob Gronkowski, TE, New England Patriots
The comeback player of the year put up monster numbers, as everyone expected he could. Here is the skinny for 2015 though. He might be without Tom Brady for the first four games of the season and he has been injured a lot in his career. Those injuries are more likely to happen if Gronk has to deal with someone other than Brady leading him into a defense.

5. Tony Romo, QB, Dallas Cowboys
The loss of DeMarco Murray really hurts; it hurts almost as much as back surgery. Romo looks to be all healed up, and is coming off his best statistical season of his career. The problem with that is unless he somehow finds a way to get even better there really isn’t anyplace to go but down. Not having the sort of running game that forces you to force passes into tighter windows isn’t going to help either.

4. Calvin Johnson, WR, Detroit Lions
Johnson didn’t have a fantastic 2014, but the expectations are still super-high. The emergence of Golden Tate and even the tight end Eric Ebron may limit his production. This isn’t so much a case of Megatron not doing well (assuming he’s healthy), it’s a case of him not being able to live up to the Megatron of old.

3. Jimmy Graham, TE, Seattle Seahawks
Jimmy Graham is an elite talent in the NFL. So, without taking a snap with his current team there is an expectation that he himself has helped forge. The problem with the Seahakws for Graham is that they may not utilize him in the same way that Sean Peyton did in New Orleans. The Seahawks are very run-heavy and Russell Wilson and Graham have yet to develop the same level of comfort Graham had with Drew Brees. The team also gave up a quality offensive linemen to acquire Graham. That alone may be enough to disrupt the plan the Seahawks had in mind.

2. Peyton Manning, QB, Denver Broncos
There are questions about his health, the offensive line, and what the passing game looks like without Julius Thomas in the fold. Peyton Manning has always had the ability to make okay receivers look amazing, but I wonder how much gas is left in the tank. The team’s public statement that they will try to run the ball more means that C.J. Anderson is rising faster than a Katy Perry single. It all adds up to Manning potentially having his worst statistical year of his career, which may still be better than half the quarterbacks in the league.

1. DeMarco Murray, RB, Philadelphia Eagles
The reigning Offensive Player of the Year has a new home, and it’s not really as comfortable as his last one. If you ignore the fact that no running back in history has carried the ball as much as Murray did in 2014 and come back the next year with more than 1,000 yards rushing there are still a mountain of potential issues. Murray has a history of injury problems that have seen him miss significant time every year expect this past one. Murray is now playing in a cold weather climate, which may limit his effectiveness late in the year. Murray is part of a crowded backfield, in a new scheme, behind an offensive line that just isn’t quite as good as the one he had last year. My best guess for Murray was about 750 yards and 8 touchdowns. Not that these are horrible numbers, but after last year that sure seems like a bust. Especially when he’s making $8 million a season.