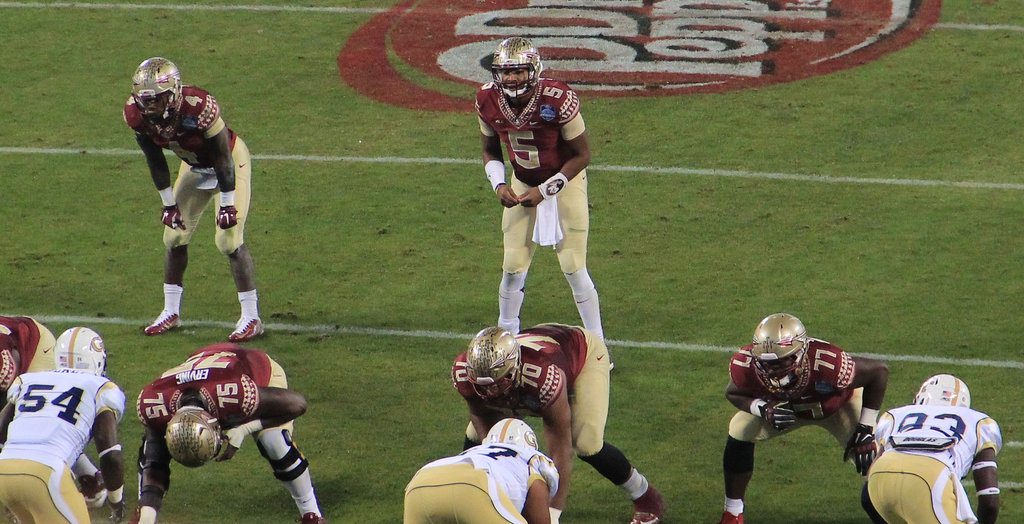 Fantasy Football is already hard enough as it is to successfully predict who’s going to avoid injuries, play for the right new team, among many other scenarios, and perform at the levels expected. Even more difficult to predict are those NFL rookies that are just breaking into the league who will face many more obstacles, such as were they drafted into the right system or if they’re even going to be a starter. With that in mind, here is a preseason look at the best rookies to target going into the 2015 NFL season.

20. Clive Walford, TE, Oakland Raiders
Unless your name is Rob Gronkowski or Jimmy Graham, tight ends seem to blend together. Walford makes this list because without an established TE ahead of him, and a developing QB that added another rookie weapon higher up on this list, Walford has a chance to earn a high volume of targets especially in the red zone.

19. Ty Montgomery, WR, Green Bay Packers
As a late third round pick and joining the likes of Randall Cobb and Jordy Nelson, there isn’t much pressure for Montgomery to have an instant impact. Even though, at best, Montgomery will be the teams WR3, with a quarterback like Aaron Rodgers at the helm, there will be plenty of opportunities for Montgomery to be a low-risk pick in deep fantasy leagues.

18. Sammie Coates, WR, Pittsburgh Steelers
Just a few picks ahead of Montgomery, Coates is thrown into a receiving corps with Antonio Brown and Martavis Bryant. Going into the season, Coates doesn’t appear to be very high on the depth chart, but at the same time he joins the second-highest passing offense from last season with veteran Ben Roethlisberger as his quarterback.

17. Maxx Williams, TE, Baltimore Ravens
Tight ends aren’t super trendy fantasy picks, but Williams landed in an ideal situation being drafted by the Ravens. Not only did he get drafted by a pass-heavy team, but he comes in with the chance of being the team’s starting TE due to the injury history of Dennis Pitta. Look for Williams as a late-round steal in either a deep league, or one that requires two TEs.

16. Dorial Green-Beckham, WR, Tennessee Titans
Green-Beckham has the potential for a very rewarding fantasy season, but there a many factors that can turn him into a bust. He has the massive size to be both a deep threat and red zone option, however with a rookie quarterback and the always present worries of off-the-field issues, we will have to see where DGB fits in. If you have an extra spot for a potential high reward player, then Green-Beckham could be your guy.

15. Ameer Abdullah, RB, Detroit Lions
Abdullah had a great college career at Nebraska, but Detroit may not have been the best landing spot for him personally. Coming into the season Joique Bell is the incumbent that will get the majority of carries, especially near the goal line. On a very pass-heavy team, Abdullah will miss out on carries and have to battle Theo Riddick for receptions out of the backfield.

14. Duke Johnson, RB, Cleveland Browns
In the record books as the all-time leading rusher and doing so at “The U,” which has a rich tradition of breeding running backs is an accomplishment in itself. The accolades however, don’t guarantee success in the NFL. Cleveland primarily used Isiah Crowell and Terrance West in a rotation, both of whom pretty evenly split carries last season. With this style of rotating running attack, it’s going to take multiple great games for Johnson to not only earn carries, but to become an every down back.

13. Jameis Winston, QB, Tampa Bay Buccaneers
As the number one pick in this year’s NFL Draft and jumping in as Tampa Bay’s starting quarterback, Winston has plenty of pressure to begin the season. If Doug Martin returns to form and Mike Evans can duplicate last season’s production in addition to veteran Vincent Jackson doing work on the opposite side of Evans, then Winston will use these weapons to succeed. The questions that prevent him from being higher on this list are, can the O-line keep him on his feet and how will his decision-making translate to the NFL? Struggling to read some defenses last year at FSU led to a lot of INTs and if that was difficult, then reading NFL defenses may prove even more troublesome for Winston.

12. Marcus Mariota, QB, Tennessee Titans
Behind Winston in the draft, but ahead of him here, Mariota tops Winston due to his decision-making and greater ability to scramble even if the weapons aren’t there like in Tampa Bay. If Green-Beckham lives up to his potential, then Mariota won’t necessarily have to be super precise on every pass and can make up for a poor O-line by earning yards on the ground while sneaking in for a rushing touchdown every now and again.

11. Tevin Coleman, RB, Atlanta Falcons
There’s no secret that Matt Ryan and the Atlanta Falcons like to throw the pigskin around the field. There is, however, nobody in the backfield to hand the ball off too. The two returning running backs for the Falcons combined for less than 100 carries last season, 88 to be exact. That means that somebody has to be there to attempt to run the ball. Coleman has the potential to take on the bulk of the carries and contribute out of the backfield in the passing game. 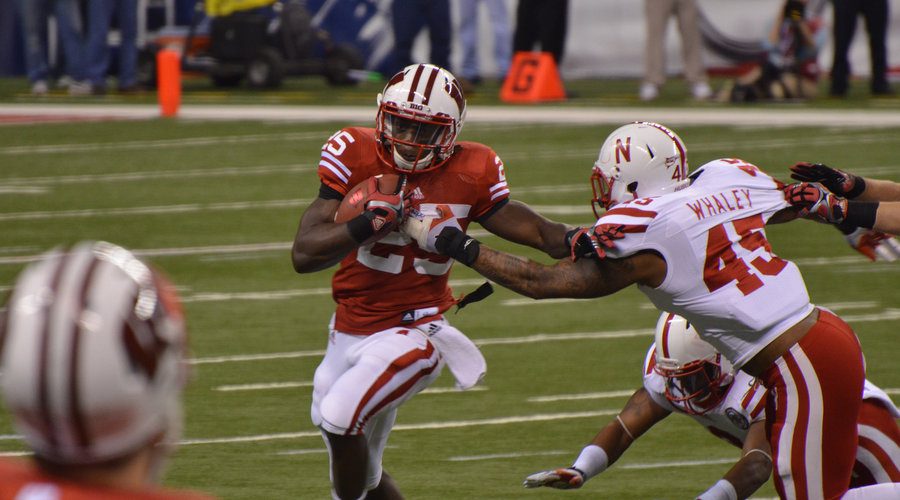 10. Jaelen Strong, WR, Houston Texans
Strong has the opportunity to fill the void left by Andre Johnson leaving and going to Indy. DeAndre Hopkins returns as the new WR1 and Cecil Shorts joins the team as the WR2, but he has faced injury issues along with inconsistent play and must prove himself to keep that second receiver role locked up. With some uncertainty around Shorts and an already open slot option, Strong has great potential to put up similar numbers to what Hopkins did last season.

9. Devante Parker, WR, Miami Dolphins
With a settled quarterback, Parker will look to settle in as the team’s top wideout. Going into the season, Parker will have to earn the job as the Ryan Tannehill’s primary target, but he has a great chance to do so. He will have to beat out an aging Greg Jennings, Kenny Stills, who hasn’t himself earned the reputation as a number one receiver, and finally Rishard Matthews, who only caught 12 passes last season. Look for Parker to take advantage of a promising opportunity in Miami.

8. T.J. Yeldon, RB, Jacksonville Jaguars
The Denard Robinson hot streak simmered at the end of last season and now Yeldon has fallen into the right spot to become an every down back in Jacksonville. Yes, he does have to prove he deserves to be the three-down back, but he has the frame and ability along with the right situation to do so.

7. Nelson Agholor, WR, Philadelphia Eagles
As a rookie coming into the league, it might as well be with the high-octane offense that former Oregon coach Chip Kelly is trying to infuse into the NFL. One thing preventing Agholor from being even higher on this list is the uncertainty at quarterback, but if Sam Bradford is healthy or Mark Sanchez plays like he did with the New York Jets, however many years ago, Agholor could seamlessly fill in and produce like Jeremy Maclin did last season.

6. Phillip Dorsett, WR, Indianapolis Colts
Dorsett is possibly the fastest player in this draft class and landed with the offense that threw for the most yards out of any team last season. Pairing up with another speedster in T.Y. Hilton and the big target of veteran Andre Johnson, Dorsett will be able to fly out of the slot all season long and has the ability for big play potential. Entering the season as the #3 option may not sound appealing, but when your team threw for just under 5,000 yards, there will be plenty of yards to go around for the young receiver.

5. Breshad Perriman, WR, Baltimore Ravens
Perriman fell into a great situation like rookie teammate, Maxx Williams. He comes in expecting to be the teams #2 option lining up across from Steve Smith, and becoming another deep threat for Joe Flacco to launch balls downfield too. At 6-2 and 212 pounds with the ability to run a sub 4.3, Perriman has massive upside to haul in nearly double digit TDs similar to what Torrey Smith did last year, if not better.

4. Todd Gurley, RB, St. Louis Rams
Coming off of an ACL injury out of the University of Georgia, Gurley was still the first running back selected. Gurley, if healthy, will fit into the run-heavy, smash-mouth offense Jeff Fisher wants to run. With Gurley injured, Tre Mason will get the chance to start the season as the Rams #1 back, and if he continues where he left off last season, it may take longer than expected for Gurley to become that every down back. However, once that opportunity arrives, expect Gurley to do plenty of damage coming out of the Rams backfield.

3. Kevin White, WR, Chicago Bears
Losing Brandon Marshall can be seen as a big loss, but when the Bears drafted White, Marshall became an afterthought. Listed at 6-3 and 215 pounds, White is another big target for Jay Cutler to sling to and take pressure off Alshon Jeffery. The two big wideouts will complement each other quite well and White’s dynamic abilities as a receiver will be shown throughout the season, especially if Cutler returns to his previous form. (Editor’s Note: At the time of this writing, White had not yet gotten injured; White suffered a stress fracture in his lower shin and his status is currently up in the air).

2. Amari Cooper, WR, Oakland Raiders
Without a doubt, Cooper will be Derek Carr’s primary target and the Alabama receiver who is already used to playing in a pro system will fit right into Oakland’s offense. Cooper will exceed the already high expectations due to his overall completeness compared to the rest of the wide receivers coming into the league this season. Look for Cooper to produce at higher levels than many established receivers in the league as well.

1. Melvin Gordon, RB, San Diego Chargers
Entering the league from a run-heavy college program, and joining a team that he will immediately become the starter, Gordon has the potential to be a top-tier back. When healthy, former Chargers back Ryan Mathews averaged over twenty carries a game. And now without Mathews wearing a Chargers uniform, look for Gordon to take over those carries and be a three-down back. Gordon should be the first rookie selected in any fantasy football league this season.