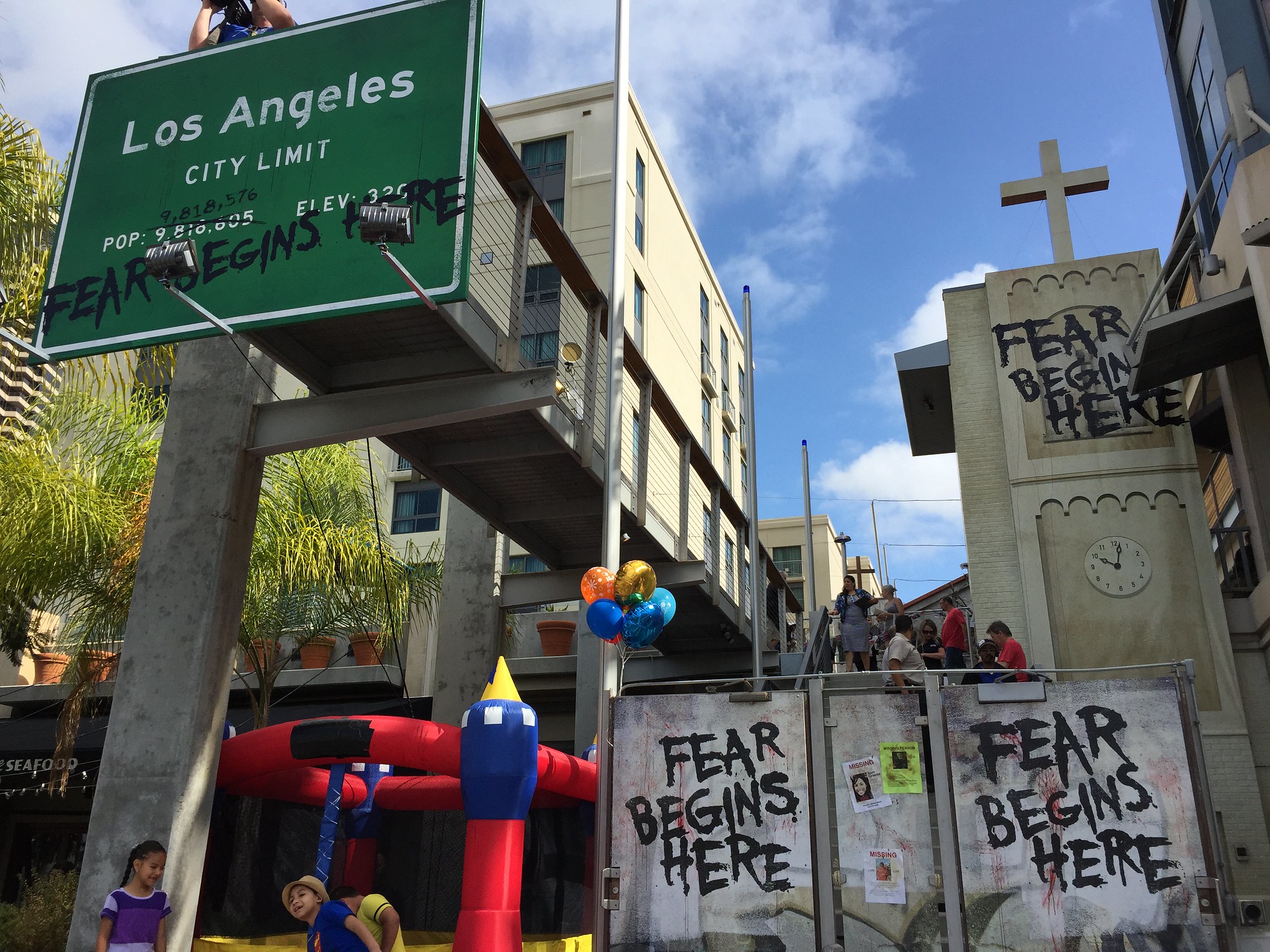 Fear the Walking Dead aired its second episode this past Sunday night and if I had only one word to describe it, “stressful” would be a fitting candidate. Luckily I can use as many words as I wish to describe it, making this review a perfect place for me to unleash my thoughts.

The episode – titled “So Close, Yet So Far” – has substantially more going on than episode one. Rather than focusing solely on character development, this episode has our characters dealing with society as it begins to fall apart. Maddie and Travis now realize that something bad is definitely coming, so they decide to split up while Travis goes off to round up the rest of his family with a plan for them all to escape to the desert.

In my last review I made the prediction that Maddie’s daughter, Alicia, would be the annoying teenage character of the show, but boy was I way off. Travis’s son Chris is the new Carl. He is whiny and uncooperative when his father calls him to warn him about the virus spreading and what it is doing to people.

Also, later on in the episode, Chris is at the scene of an apparent civil rights rally after police shoot a homeless man for no reason. Turns out the reason is because he was a ZOMBIE and maybe everyone should calm down a little bit. Chris explains that he can’t come home because he is “part of it,” as he is filming with his camera in Jake Gyllenhal from Nightcrawler-esque fashion. I really don’t like this character and now hope that he is the first to go in a blaze of blood, guts, and brains. Sorry I jumped to conclusions, Alicia.

While Travis is out trying to find his annoying son, Maddie must go to the school to find prescription meds for her son, Nick, who has gone cold-turkey off drugs. This brings us to the most intense scene of the episode, and the show as a whole. While in the school, Maddie runs into Tobias, our resident Nostradamus from episode one. Tobias is gathering supplies because he is apparently the only intelligent person on the show. While they’re together someone, or something, sets off the metal detector at the entrance to the school, and this sets off some of the most suspenseful television I have ever seen. The music from this scene makes you feel the impending doom for the characters as they quickly sneak through the school, not knowing what could be around each corner.

As it turns out, what’s hiding around one of the corners is — SPOILER ALERT — a zombie. This zombie happens to be Maddie’s boss and principal of the school. To make a long story short, there’s a struggle and Maddie becomes the first main character to get a hand-to-hand zombie kill under her belt (Nick ran one over in episode one). I believe this will be the first of many for her. She is definitely a bad ass.

I would like to thank Maddie for saving the life of my current favorite character: Tobias. He’s the only character who seems to have a grip on what is actually happening, and he is predicting the future. If we need any more proof that he is Nostradamus incarnate, here are some quotes of his from this weeks episode:

“Things will fall apart now. No satellites, no internet, no cell phones. Communications will fail because no one is there to manage the servers. The electrical grid will collapse for the same reason.”

“It’s all going to go to hell, that’s what they don’t get. When civilization ends, it ends fast.”

Maddie tells him that “They will contain it.” To which Tobias wisely responds: “The same they that is supposed to warn us?”

I’m all in for team Tobias, and I hope he returns to the show in a later episode.

Following the interaction between Maddie and Tobias comes one of the most chilling scenes in the episode. Maddie hears something coming from the intercom and examines it to only hear more clearly what is definitely a zombie (her boss) creepily breathing into the microphone. This small scene had me more afraid of a zombie than I have ever been watching The Walking Dead, and it wasn’t even on the screen.

This episode continues to be a stress inducing anxiety fest as Travis finally finds Liza and Nick but continues to be separated from Maddie and her kids. Travis and his family are stuck in a barber shop waiting for the mounting riots to subside while Maddie waits for him to come home. I really hope that Travis and Maddie are reunited soon, because I don’t think my heart can handle their continued separation.

This episode was one of my favorites of any show I’ve watched lately, and it has given me high hopes for the rest of the season. My only concern is with just how fast society is falling apart in the show. I thought it would be more gradual throughout the first season, but two episodes in and the world is already collapsing around them. I hope that they pace it better so this doesn’t just become The Walking Dead but with different characters.

Not going to lie, I’d probably still watch that, too.