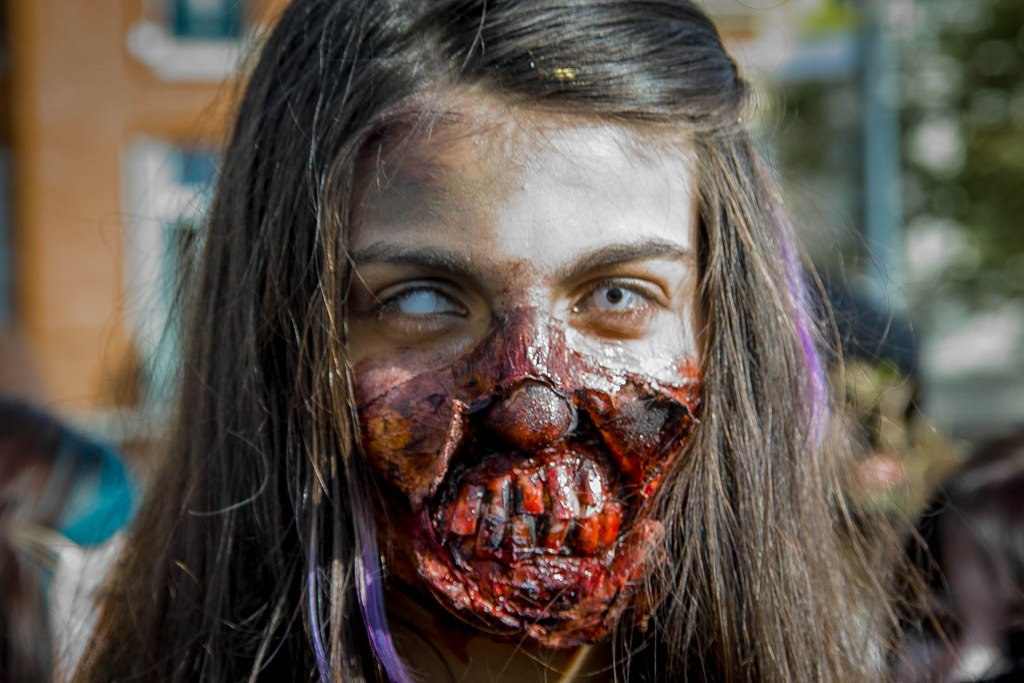 In the absence of a new Fear the Walking Dead for me to review this week I thought that I would share a little fan theory I have. This theory, in my opinion, connects Fear with it’s predecessor The Walking Dead. Now it is a bit of a stretch but bare with me because, well, I want to be the first to find a connection between the two shows. You know, other than the obvious connection: The disease that turns everybody into flesh eating zombies.

In episode two of Fear there is a seemingly throw-away moment where Maddie’s neighbor is talking about her daughters ninth birthday party as she explains the giant bounce house in their yard. Later on in the episode this little girl can be heard crying from across the street because no one showed up to her party. This was to be expected with the paranoia about this new sickness that seems to be spreading at an escalating pace.

We know that everyone’s paranoia is justified, but characters in the show are still figuring that out for themselves. Well even later on in this episode we get another glimpse of the mother as she is being attacked by a different neighbor who has been obviously zombified. If she wasn’t killed and just bitten, we can assume that her family made the attempt to get her healthy after she comes down with the mystery illness. We know that would not end well for the other family members so we can assume again (this theory relies on a lot of assuming) that  the little girl was also infected and turned into a zombie by her mother.

This is where my theory comes in: This little girl is the very same one that Rick kills in the first episode of The Walking Dead. As many may remember Rick’s first encounter with the undead comes in the form of a little girl dressed in her PJs that he must shoot in the head as she charges him. Now I know that the first issue with my theory is that Fear is set in Los Angeles while The Walking Dead is set outside of Atlanta. However, in The Walking Dead the zombies are called “walkers” and that is pretty much all they do when they aren’t feasting on the flesh of the living. We know that a significant amount of time has passed between the events that happen in each show and a quick Google Maps search told me that it would only take about 30 days to walk from LA to Atlanta. This is plenty of time for the little girl to make the trek in the time before The Walking Dead starts. More evidence for my theory is that, as I previously mentioned, the little girl Rick kills was in her PJs. This adds evidence to my theory because the little girl’s mother from Fear was attacked late at night, so it makes sense that the little girl would have been in her PJs when she was infected as well.

That’s about all of the evidence I have for this theory, but I believe its all that I need. The first connection that can be made between the two shows is a sad little girl who just wanted to have a fun birthday party with her friends. She happens to have an unlucky encounter with her mother, which leads to an even more unfortunate (not to mention gruesome) encounter with professional bad-ass Rick Grimes.