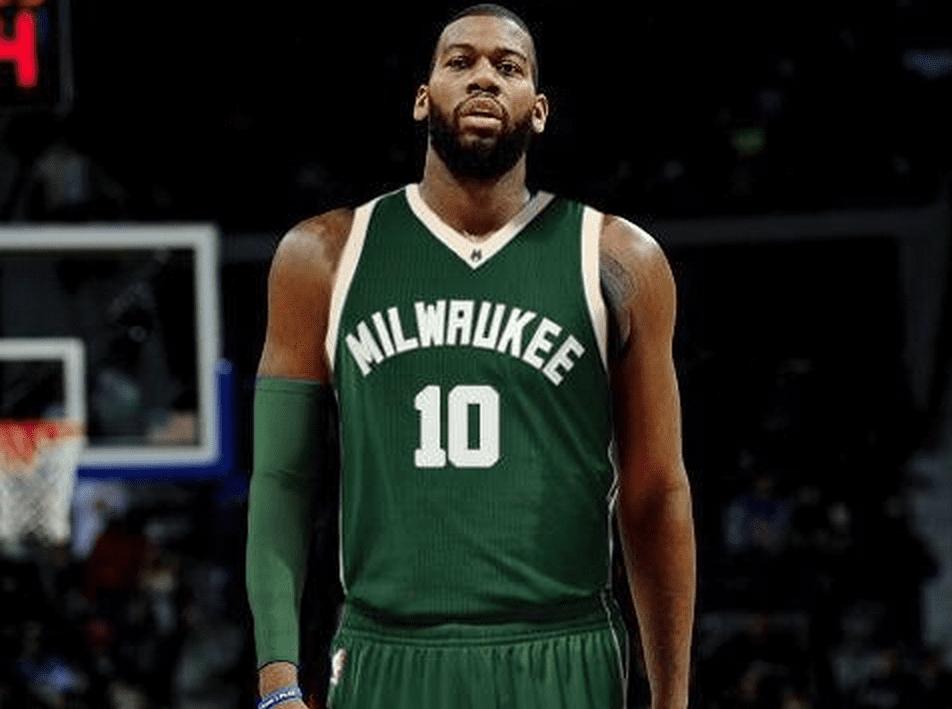 There was a significant amount of player movement this offseason. I’m going to sort through it and provide insights on its impact in fantasy basketball 2015-16 season. For your ease of use, I broke it down team by team, noting additions and losses to team rosters that are fantasy-relevant.

Kent Bazemore should see an uptick in minutes and is now worth consideration in deep leagues, as well as a possible flier pick in standard drafts.

David Lee is now the projected starting power forward for the Celtics. Lee still has some gas left in his tank, that is considering his lack of mileage in recent seasons with the Warriors. Lee is worth a late-round pick if you’re in need of FG%, REB, and some PTS, but don’t expect any BLK from him.

At 31 years old, Jarrett Jack finds himself regaining some significant fantasy relevance considering he’s heading a point guard rotation featuring himself, Shane Larkin, and Donald Sloan. He’s an intriguing option as a fantasy team’s third PG and should be a sneaky pick late in drafts.

Both Bargnani and T-Rob are worth looks only in deep leagues.

Nicolas Batum gets a fresh start in Charlotte. The multi-cat stud was a bit of a letdown last season, but has a good chance to bounce back this year now that he’s in a new team. He’s the team’s first and best three-point shooting option and should see a lot of touches. He’s worth a third-round reach, considering his diverse stat line. Yahoo has him currently ranked at 51, a spot Nic can easily out-value this season. 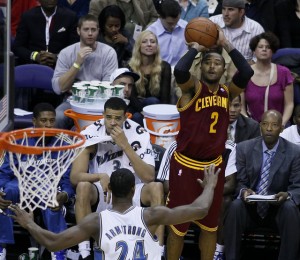 Mo-Will is worth a late-round handcuff pick for drafters who selected Kyrie Irving (knee) earlier in the draft. Irving’s rehab is doing well and will be available for training camp, but on a limited basis.

Last season’s “Rajon Rondo Project” was a bust for the Mavs. They’ve moved on and added Deron Williams. D-Will is an intriguing risk-reward pick in the middle of fantasy drafts and is a candidate for a bounce-back season.

Dallas suffered horribly from the “DeAndre Jordan Debacle” and let go of Tyson Chandler at an inopportune time (again). Pachulia and McGee, and to a limited extent, Samuel Dalembert will serve as the team’s center-by-committee. Pachulia is worth a flier pick in standard drafts. McGee is worth a gamble in very deep, weekly changes leagues.

Wes Matthews is recovering from a season-ending Achilles injury last season, but once he’s 100%, expect him to get a ton of minutes as the Mavs’ starting SG. He’s a good source of threes and steals in the middle rounds of standard drafts.

Mudiay is a dark horse to win the R.O.Y. award this season and could prove to be a good selection as a fantasy team’s third guard. I like his potential. “All the way, with Mudiay!”

Andre Drummond will have the Pistons’ paint all to himself and should be a double-double machine this season. Ilyasova is a stretch four who has struggled with consistency for most of his career, but will be getting a chance to become fantasy relevant this season. He’s worth a look late into the middle rounds of standard drafts.

Ty Lawson should do fine in Houston, but because the offense flows through James Harden, don’t expect his usual assist averages to stay intact. Pat Beverley should challenge him for some of his minutes at point guard. That said, Lawson should still be a solid choice as a fantasy team’s second PG.

The loss of Josh Smith opens the door for Terrence Jones to come up with a bounce-back season. His breakout was stifled by an injury last season as well as the Smith signing. Jones is a sneaky grab in the middle rounds of standard drafts.

Ellis fits right in with the new-look Pacers, while Hill and Turner should see significant minutes in the Pacers’ frontcourt. Paul George is rumored to be in line for some minutes at power forward as well, when Indiana decides to play small-ball this season.

The Clippers now have a logjam at their small forward position and it would be best to avoid sorting out the fantasy winner of that Pierce-Stephenson-Johnson brawl. Josh Smith takes a hit moving to LAC and should see limited value in standard leagues.

Roy Hibbert has disappointed time and again, season after season. He’s now on a new team, playing ahead of Robert Sacre and Tarik Black. Sure, he has a chance to turn things around, but are you willing to gamble your mid-round pick on him not disappointing you again this year? He’s worth a flier pick who holds some (hazy) upside.

Lou Williams should be good sixth man for LA this coming season and will be a good source of threes, late in standard drafts.

Monroe should do well with the Bucks. His lack of shot blocking dowses some of his appeal as a big-man pick in drafts, but Greg should hold enough value to be worth a look in the middle rounds of standard drafts.

Towns will get a lot of opportunities to shine in Minnesota’s youth movement and has a great mentor in the form of Kevin Garnett. He will struggle with consistency early in the season, but is worth a mid-round grab for the upside of his potentially diverse stat line. 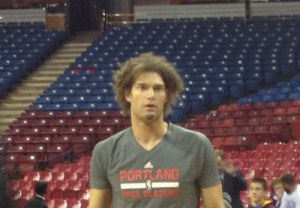 All three new additions are projected to be starters for the Knicks. Afflalo and Ro-Lo are worth looks in the middle rounds of standard drafts, while Williams (and Porzingis) are wait-and-see candidates.

Okafor is an NBA-ready big man, who should receive all the minutes he can handle over at Philly. He’s a contender to win the R.O.Y. award this season and is solid choice as a fantasy team’s secondary center.

He will be 33 by the time the season starts, but he IS Phoenix’s frontcourt and should be able to post low-end, big-man numbers. Look to him if you’re in need of a guy who will deliver 9-10 REB and 1.2 BPG, late in the draft. 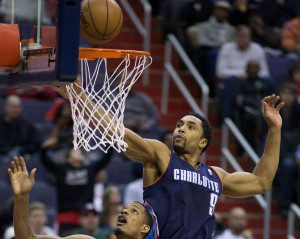 The Trail Blazers are starting off fresh this season, seeing four of their five starters head off to different teams. Expect Davis and Plumlee to take up the bulk of the team’s front-court minutes, however they should turn in late-round value at best. Look to Al-farouq Aminu and CJ McCollum to see an uptick in production this season with the new-look Blazers.

The Kings blew up their front court rotation to ensure they got something out of free agency this season. For their troubles, they wound up signing the ever-divisive Rajon Rondo. His addition only serves to hurt whatever improvement in fantasy value Darren Collison was able to muster last season. Rondo should start for the Kings and is a good source of dimes and steals late drafts. His poor free-throw shooting and high turnovers per game limit his upside. At best, Rondo can surprise owners with solid mid-round value this season.

With their front court shipped off, rookie big man Willie Cauley-Stein will get a chance to shine this season as he shares the paint with DeMarcus Cousins. Cauley-Stein should be a decent source of boards and blocks late in standard drafts this season. 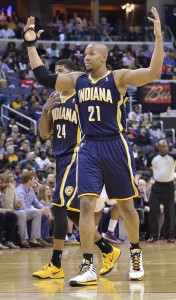 The Spurs won the “LaMarcus Aldridge Sweepstakes” this offseason and as a bonus they’ve lured veteran David West into their fold as well. Tim Duncan is expected to slide over to Center to make room for Aldridge, while West should provide some scoring off their bench. Aldridge should still bring second-round value despite sharing the paint with TD. If anything, the Spurs’ focus will be to get Aldridge acclimated as their go-to man in the paint as soon as possible. West will see some playing time, but in a crowded frontcourt he should only retain value in deep leagues.

DeMarre Carroll was a pleasant surprise in fantasy basketball in 2014-15. He should still be able to stay on track providing good value to fantasy teams looking for three-point shooting without having sacrificing FG% or TO. Cult fantasy favorite James Johnson should now fall into obscurity.

Patrick Patterson will get most of the team’s minutes at power forward and is sneaky pick late in standard drafts. Scola should provide very little threat to Patterson’s ability to spread out the defense as the Raptors’ stretch four. 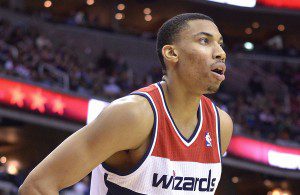 Otto Porter will get a chance to make a splash in fantasy this season. How big a splash, remains to be seen. Pierce’s departure leaves Porter having to fend off Dudley for minutes at SF. Porter is a breakout candidate this season and is worth a flier pick in standard drafts.