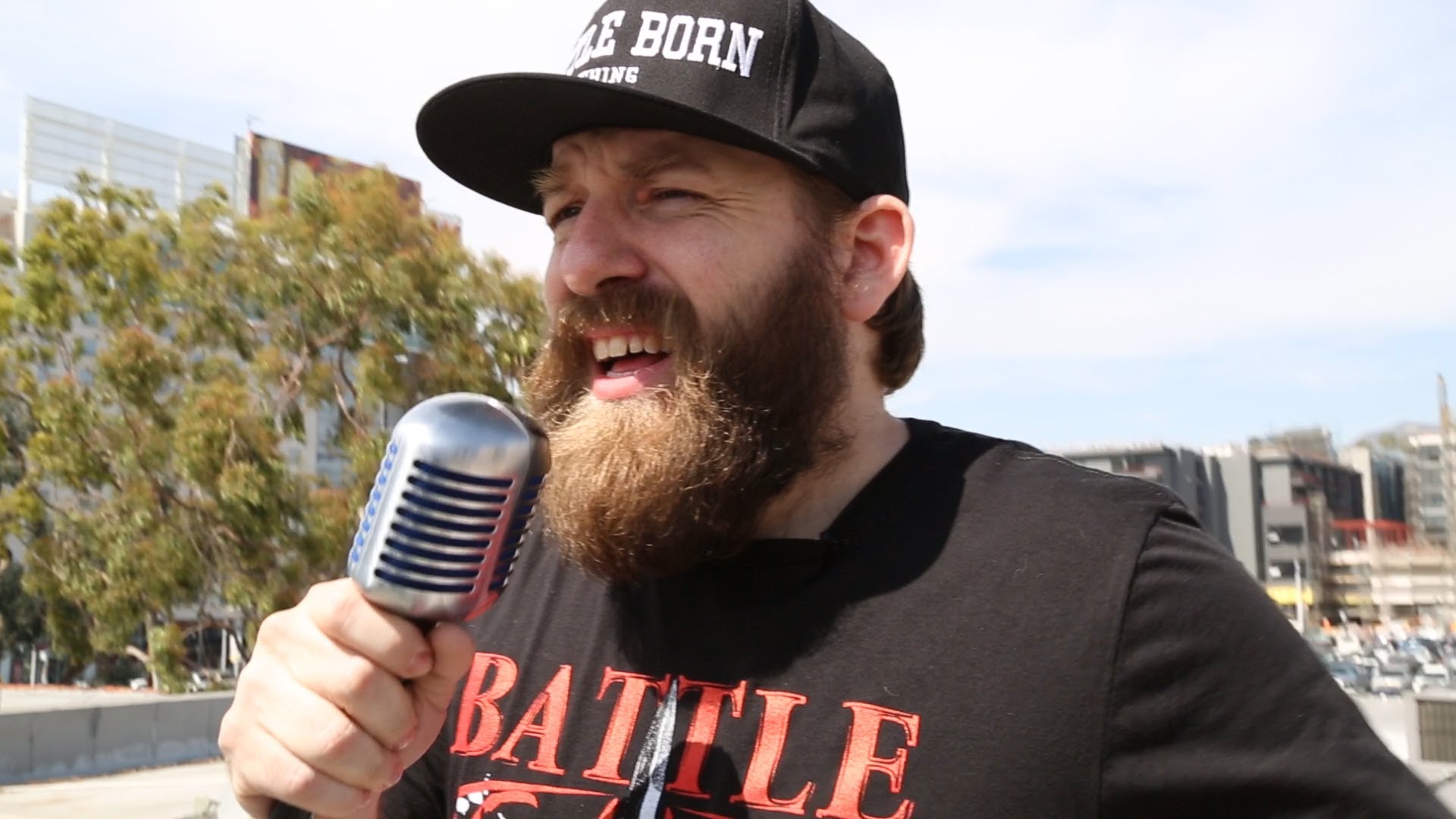 Dirtbag Dan is a rapper from San Jose, California. He’s known for being comical and immature in his rap battles. Beyond the layer of assumptions concerning what a battle rapper is capable of can sometimes live a creative artist. Most battlers struggle to shake the label that “battle rap guys can’t make music,” but Dirtbag Dan successfully does.

His show which often features Caustic, a battler, and Skylar G, a producer, is legendary. Easily one of the most hilarious shows available on YouTube. They usually have a featured guest in the battle world and proceed to dive into various music topics. The best moments are when a rant or random stream of consciousness emerges. But with Skylar G and other producers, Dan has also established himself as a quality rapper on beats.

To illustrate this point, “BUNDY” has to be given a listen. Dan drops a wicked chorus and a couple of verses on this project featuring the aforementioned Skylar G and Ichy The Killer. All the recording is done in a rundown house the participants believe the bank could intervene on at any moment.

This creates a rugged sort of feel to the video. The actual rapping arrives about a minute in. Regardless of what you feel about battle rappers, give Dirtbag Dan an opportunity. His music is quality, his battles are funny, and his show is entertaining. The man’s career is worth following for these reasons.

If the above video is enough for you to look deeper into Dirtbag Dan’s content, visit dirtbagdanshow.com. A couple more of his top songs are “Concentrate” and “Thinking of a Master Plan,” give those a listen if “BUNDY” was on your wavelength.