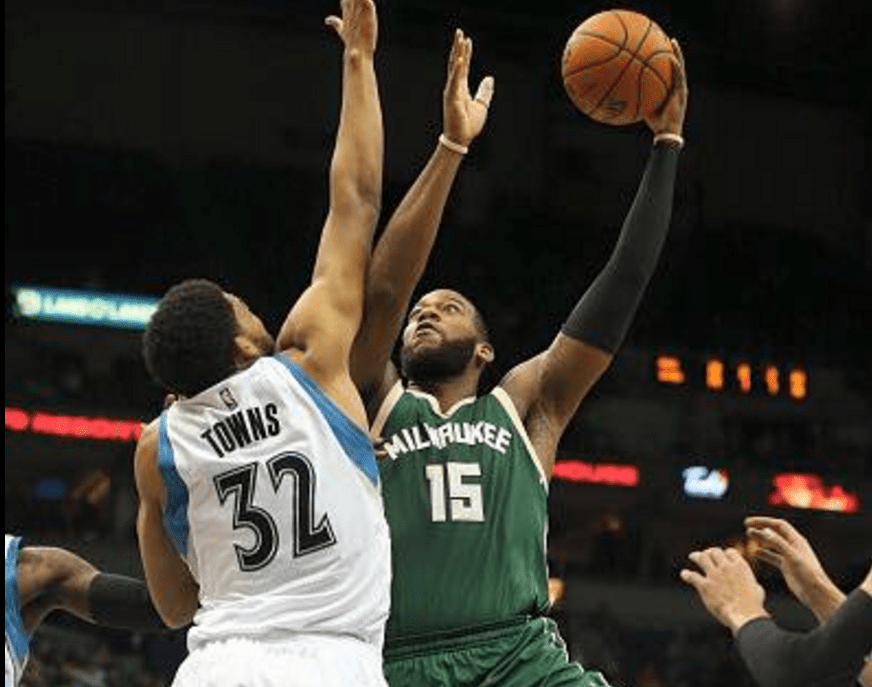 Image courtesy of the Milwaukee Bucks/Facebook.

What significant moves were made during the offseason?

The Bucks also traded Ersan Ilyasova during the offseason. While Ersan has struggled at times, trading him for Caron Butler and Shawne Williams is a bit of a head-scratcher The Bucks then traded Zaza Pachulia. That move made even less sense. Then miraculously, on the same day, the Bucks signed Greg Monroe to a multi-year contract. This was enormous for the Bucks. Milwaukee has never been a big NBA free agent destination, but the Bucks really took a huge step in the right direction.

Greg Monroe brings a whole new identity to the Bucks. He’s been underrated for years, having played for terrible Detroit teams, but now he has a chance to shine as the focal part of the offense. He’s one of the better passing bigs in the game, has an array of post moves, a solid mid range jumper, and is a good rebounder. While Pachulia and Ilyasova were good big men, Greg Monroe is on a whole other level. He should help the Bucks offensively, defensively, and in the locker room. He’s marketable, and will help sell tickets for the team. Landing Greg Monroe was absolutely huge for the Bucks this offseason.

What are the team’s biggest strengths?

The biggest strength for the team this year is excitement.  For the first time in years, the Bucks are good. Even without their No. 2  pick for most of the year, they made the playoffs. Greg Monroe and the returning Jabari Parker should just further excite the fanbase. The city of Milwaukee finally has a reason to cheer for the team. The coach is new, the core is young, and the supporting cast is solid. The Bucks are in position for a big leap this year. In the weaker Eastern conference, the Bucks have an opportunity to be a high seed in the playoffs.

Another big strength for the team is the ability to score in the paint. Greg Monroe brings post play to the Bucks. He can get buckets consistently and is a big positive for Milwaukee. Besides him, Giannis Antetokounmpo and Jabari Parker can drive to the hoop. Parker should begin to deliver on what was a promising start before the ACL tear, as he was the favorite for Rookie of the Year until injury struck. Antetokounmpo has improved steadily year by year and could be the go-to-guy for the Bucks this year. Michael Carter-Williams can get to paint as well. He’s a strong driver, and can dish when he gets there as well. A big strength for this team will be the ability to get into the paint and finish tough baskets.

What are the team’s biggest weaknesses?

The biggest weakness for the Bucks this year is outside shooting. Milwaukee has no shortage of driving players. Most of their roster can get to the basket pretty easily. The outside shot will be the issue. We all know Michael Carter-Williams had one of the worst statistical shooting seasons ever. Giannis Antetokounmpo has yet to develop a reliable three-point shot. In this pace and space era, Greg Monroe is an anomaly. He’s got a good midrange jumper, but he won’t extend to the three-point line. Jabari Parker is still an unknown. He could help space the court, but he could also help clog it. Khris Middleton is the lone exception for this team. Middleton has improved his jump shot consistently the past few years. He’s now known seen as a legitimate outside threat. There’s a big lack of shooting on this team. The newly acquired Chris Copeland should help, but for the most part the Bucks are sorely lacking an outside touch.

What are the goals for this team?

The goals for the Bucks this year is to win a playoff series. The Bucks have a chance in the weaker Eastern Conference to be a higher seed. With that, they should expect to build on their progress of last year. Jabari Parker is back, and the Bucks kept their main core of Khris Middleton, Giannis Antetokounmpo, and Michael Carter-Williams together. They added Chris Copeland for outside shooting, and signed Greg Monroe to be an interior force. The time is now for the Bucks, and they need to capitalize on their chances. The Bucks should expect to win right around 50 games, and make it to the second round at least.

Will Jabari Parker be a star?

Yes. Jabari Parker will be a superstar in Milwaukee. He showed great instincts around the basket, solid rebounding ability, and explosive moves in the paint. Until the ACL tear, he was amazing. That fantastic commercial starring him rehabbing is what we all expected. Jabari Parker will return stronger and better than before. He’ll be a star.