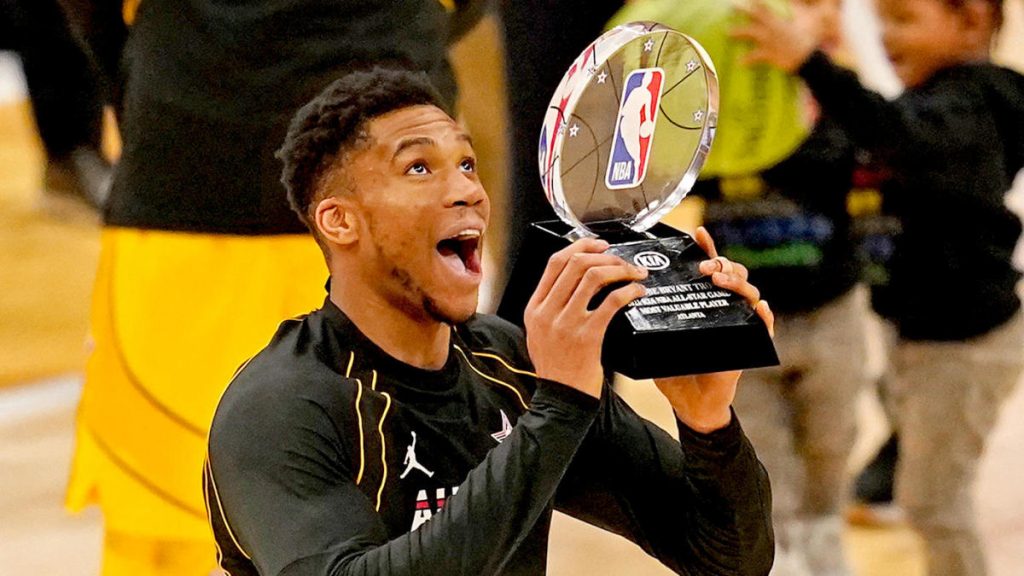 It’s that time of year again. As the NBA season begins its 75th year, the discussion understandably turns toward who is going to lift the MVP trophy by the end of the season. Aside from who ends up with the NBA title, it is the subject of the most speculation in the basketball world, so who are the early frontrunners?

Let’s walk you through some of the key players in the NBA who will be looking to be crowned MVP in the biggest league in the world.

Doncic is a point guard for the Dallas Mavericks, and although he might be young at the age of 22, he is already one of the best in the game today. If you’ve been following his career so far, it isn’t hard to spot why he is many people’s pick to lift the MVP trophy by the end of the year, especially after a couple of standout campaigns previously. He’s already been NBA Rookie of the Year and a two-time NBA All-Star. Is Doncic set for another career benchmark this year?

Kevin Durant has been a mainstay of the NBA MVP conversation since joining the league in 2007. He has already hoisted the trophy before, as well as two NBA Championship trophies, so he is no stranger to the kind of pressure that an MVP season can bring. According to Ladbrokes, which posts up-to-date basketball odds, Durant trails just behind Doncic as the frontrunner for the trophy. But the NBA season is long and betting on a veteran player is usually a safe call.

This former first-round draft pick out of Greece has had a big impact on the NBA since arriving in 2013. The forward has the height and size of a center with the speed and ball-handling skills that can cause problems for most point guards, making him almost impossible to defend against when he is having a good day. An ESPN write up on Giannis shows his career has already been littered with accolades; he has already won two MVP awards and is a member of the defending NBA Champions Milwaukee Bucks team, so he’s got the experience and the support around him to make another run at the award. If he stays healthy, it will be tough to keep him from another MVP title.

Embiid plays center for the Sixers and although he might have had a rough start to his NBA career, with a collection of injuries delaying his rookie season for two years after he was drafted, he’s quickly made up for it with four consecutive trips to the NBA All-Star game recently. He’s made such a big impact with the team that they’ve just signed him to a four-year, $196 million extension in the hopes that he reaches the superstar status that he’s clearly capable of. With a solid team supporting him, watch for him to make another run at the MVP trophy as he did last season.

Of course, we’re still early in the season, so anything could happen. For more coverage of the NBA, be sure to check in regularly with Hardwood and Hollywood.