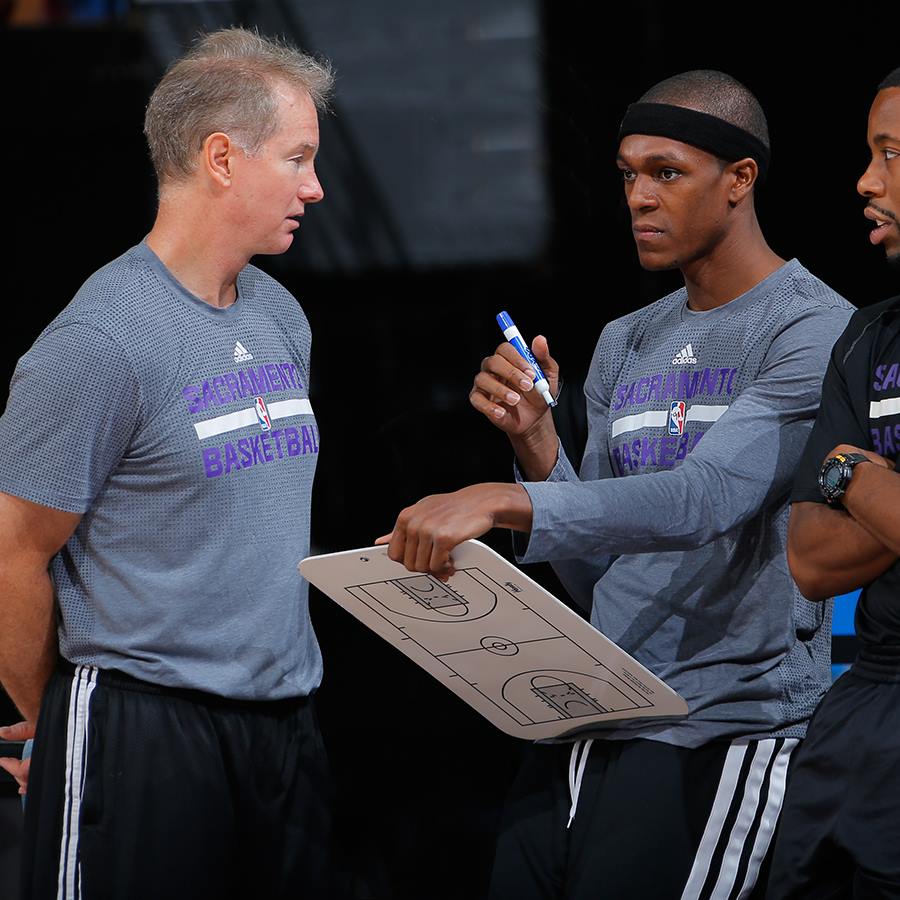 Image courtesy of the Sacramento Kings/Facebook.

Recently the value of a one-year, $10 million contract for Rajon Rondo has been completely subjective. Celtics fans will tell you this is a deal of a lifetime. Dallas fans would argue otherwise.

For Sacramento, the offseason deal for Rondo has begun to look more and more like an absolute bargain.

Rajon is averaging 13 points, 9 assists, and 7 rebounds and tallied his third triple-double in four games, leading the Sacramento Kings to back-to-back wins over both the Detroit Pistons and the Brooklyn Nets.

This type of production has been an anomaly for the organization and has been inspired play for the entire team. “I kinda get caught up in watching him play, just watching is efforts on a nightly basis,” center DeMarcus Cousins had said after the game. “It kind of gets on my nerves. He’s stealing my rebounds,” Cousins joked.

DeMarcus was in a good mood after he finished the night with 40 points and 13 rebounds. Nineteen of which happened in a five-minute span in the third quarter. DeMarcus went on a 21-point explosion that included nailing two three-pointers just as many attempts. Cousins is now a 43.5 percent three-point shooter and is the fourth highest scoring play in the league. Just above  the King himself, LeBron James.

“We probably could have given more effort as far as our help defense was concerned, but got to give them credit when they made plays,” Jarrett Jack on trying to slow down DeMarcus Cousins after the game. “They had shooters that came in and knocked down shots. That’s what led to them to the win.”

The bench came up huge in the run during the third and fourth quarters to secure the win. Ben McLemore finished with 15 points on 5-8 shooting, while Marco Belinelli added another 14. Quincy Acy was another highlight with pure effort off of the bench, consuming the floor in energy and hustle plays that helped boost the Kings past their incredibly slow start.

The Kings were able to come back from a 15-point deficit and more importantly, finish the game strongly with a win. With a slight scare as the Kings saw their nine-point lead slowly fade away to a two-point victory. The late shooting of Joe Johnson (14 points) and Bojan Bogdanovic (15 points) led the fourth quarter rally. It was the long arms of Willie Cauley-Stein that broke up the final inbound pass of the game.

While the players in the locker room were more relaxed after getting the team back on track, there was no sense of complacency. The team continually focused on getting back into the gym tomorrow in preparation for the Toronto Raptors on Sunday.