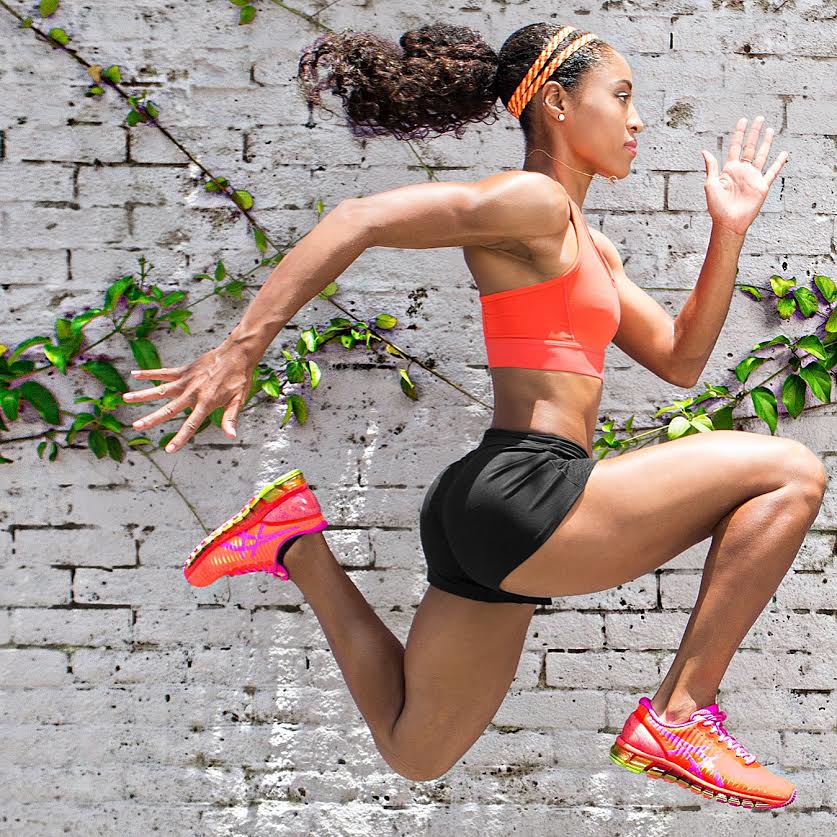 It’s safe to say that Queen Harrison had a bit of getting used to when she left her hometown of New York and headed off to Virginia in the sixth grade. Such a wild shift in landscape can be overwhelming, especially for someone at that age. But Queen ran with it—oftentimes almost literally—and now finds herself in the world of fashion and a reach beyond the Olympic Games.

“[Sixth grade] was one of the toughest years. I didn’t know anyone. I just went to where people gathered on campus, so I joined the track team just to make friends.”

Eventually, Queen wasn’t even able to compete with her fellow sixth graders. She was simply too good, and was moved up to compete with the eighth graders. “I had no idea,” says Queen. “All the kid were like ‘who the hell is this kid who’s running so fast?'”

Oddly enough, it took her until middle-school years to realize that she was faster than most people. After all, she only had her siblings to compete against prior to this. But ‘only’ is relative to the number of, er, relatives someone has. Queen has 22 siblings, so even the smallest things in the Harrison household became individual competitions among the Harrison kids.

“It always comes down to who’s the fastest. Me and my cousins are also really close. I was racing against them and beating them. Everyone in my family is really competitive whether it’s running, eating your food quickly—anything. Any chance to compete, we’re gonna take it and run with it.” 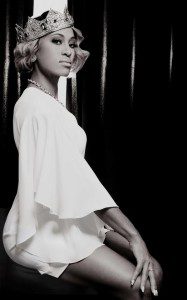 Though middle school was where she learned of her gifts, it wasn’t until her sophomore year of high school where she realized that if taken seriously, her athletic prowess could take her far beyond Virginia. At the time, Queen had a diverse athletic portfolio, playing basketball in the fall and then running track. It was only until her coach sat her down for a talk in tenth grade that put her on the trajectory to take her game to the next level.

“He said ‘look, you need to focus 100 percent on track and you can get a scholarship.’ And coming from a huge family, there’s no college fund so we either had to take out loans and financial aid or get a scholarship. so it only made sense to me to put in work both on the academic side and the athletic side.”

Harrison’s keen determination eventually got her a few scholarship offers. At this point, she had already been accustomed to Virginia so when it came time to make a decision on which school she would go to, Virginia would be evergreen. She would attend Virginia Tech.

“Honestly I didn’t know about Virginia before we moved. Then when we moved to Richmond, you would see Hokie stickers everywhere. But the coach at Tech is really what sold me. I could see the passion in his eyes and I bought into it. It’s one of the best decisions I’ve ever made.” 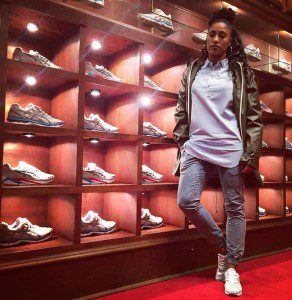 In fact, Harrison’s collegiate career even eclipsed most expectations of a track star. She is the only person to win both the 100 and 400 hurdles in the same National Championships. That sort of collegiate spotlight all but guaranteed a professional career and eventually a shoe deal with ASICS.

But Queen Harrison isn’t ready to be categorized as simply a track star. On the contrary, she is ready to branch out with the help of ASICS. “People just wanna put you in one box. ‘Okay she’s our Olympian, so we’ll use her only for our running ads’ which is cool and fine, but I’m also in love with fashion and beauty and all those different things. So now I’m being able to cross over to the leisure side.”

“I was was just at the ALIFE/ASICS party shooting for the lifestyle catalog so I’m doing those types of things now. ASICS is really just the perfect thing in my career.”

Ultimately, Harrison is looking to not only represent ASICS, but she wants to collaborate directly with them for her own line of products. “Not to toot my own horn, but I have a great sense of style so I want to make some really cool pieces. So If I can help in that capacity, I’ll be really excited.”

Though her long-term goals in the fashion world are already in place, her immediate plans may be even bigger.

Just this year, Harrison won Gold at the 2015 Pan American games in Toronto. “I was so excited,” Harrison says. ” I broke the Pan Am record which was major for me.”

After narrowly missing qualifying for the finals in the 2012 Olympic Trials, Queen Harrison is just about ready to kick her training into high gear for the 2016 Olympics.

“I’m looking to not only make the Olympic Team in the 100 hurdles, but also to come home with a Gold Medal around my neck. These past couple of years, I’ve seen that the goal is totally doable; it’s totally possible. So I’m gonna make a huge effort this year to make that happen. “