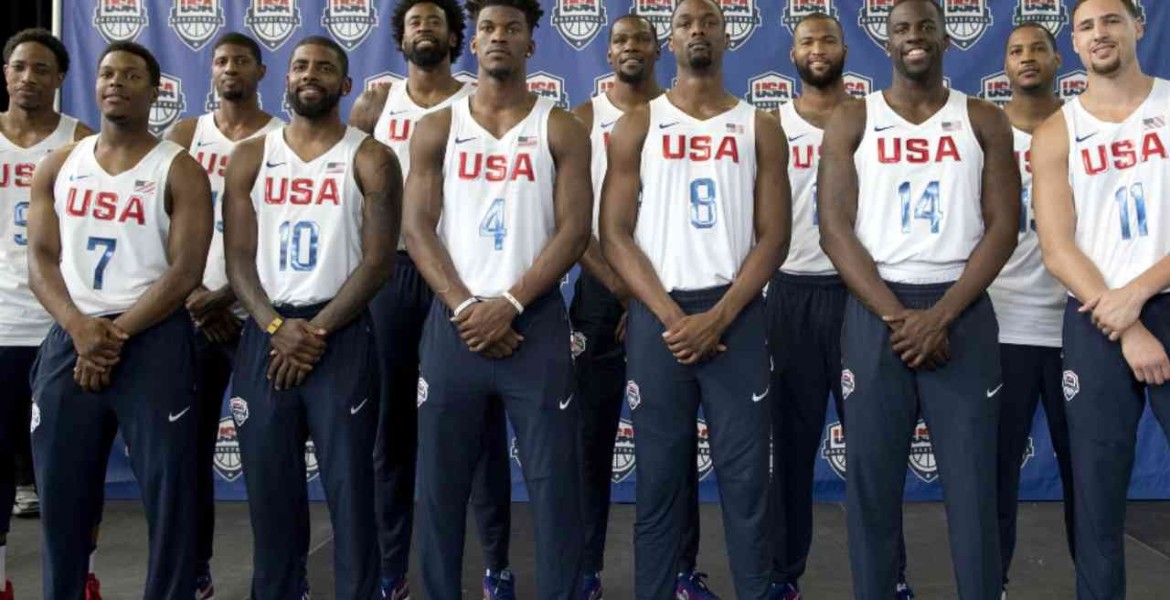 “They are who we thought they were,” as the recently late, great Dennis Green famously stated.

[dropcap]T[/dropcap]hat about sums up Team USA as well as anyone could put it. They came, they saw and they conquered all while both captivating and nearly disappointing the country. And in the end, they never even lost a game.

In fact, USA Men’s Basketball hasn’t lost a game since 2004 when they settled for Bronze in Athens and have been criticized for it ever since. It’s time to move on because since then they have rattled off three straight Golds and, although the world is getting better at the game of basketball, USA doesn’t appear to be slowing down anytime soon.

Even with an oddly constructed team that lacked the extreme star power that America is more than capable of providing, they may have just ran through their toughest World competition ever while also essentially putting an end to certain competitive rivals, like Argentina’s “Golden Era,” who coincidentally was the last team to defeat USA.

But United States also ended an era of their own; the Mike Krzyzewski era. And while Coach K is obviously one of the greatest and well decorated coaches of all time, Gregg Popovich will be his replacement and Pop is one of the few coaches in the history of the sport that you can argue is better than Coach K. Players have the utmost respect for him and will surely want to have the opportunity to play for him four years from now.

But back to the 2016 squad, they proved the World right after making everyone change their minds on them halfway through the games. We shouldn’t be so fickle. After all, they haven’t lost a game in 12 years (52 consecutive FIBA games, 24 in the Olympics).

International play is always strange. Sometimes you get unexpected performances out of guys like Rudy Gay, who was great in FIBA World Championship play and won a Gold in both 2010 and 2014. But what has he accomplished in the NBA?

Then you have the likes of Draymond Green. Bill Simmons put it best:

“Draymond had 32 15 and 9 in Game 7 of the NBA Finals and can’t sniff a Gold Medal game. Think before you click send, everybody.”

So whose stock value skyrocketed and whose plummeted?

Carmelo Anthony – Way Up – Melo’s stock is peaking. In fact, it is so high that he currently has people fooled into believing that his three Gold medals give him a pass on never having to win an NBA title. That will change in a matter of months.

Kevin Durant – Up – Durant became the villain of the league this offseason when he decided to take his talents West to Golden State. But after a great Olympic Games in which he was the face and leader of the team and then scorching Serbia for 30 points in the Gold Medal game, Durant is an American Hero. And as he stated yesterday, his time in Rio with his teammates was “therapy.”

Kyrie Irving –  Up – Irving could really do no wrong after his legendary Finals performance. He had nothing to lose nor fear and played exactly so. He is one of the most frustrating players to watch at times and one of the most difficult to players to rate, but if you need a big shot – he will not shy away from the big moment. During USA’s mid-Olympic scuffles, he was both to blame and the reason why they won. Pure insanity.

Klay Thompson – Neutral – Klay proved that he’s still the streakiest shooter on earth and a tremendous defender. Much like Kyrie, he had little to prove and was just looking for a good time and a little Gold on the side. There isn’t a single picture of Thompson over the 16 day period when he’s not having the most fun.

DeAndre Jordan – Up – The insertion of Jordan into the starting lineup proved to be the difference between tight games and blowouts and in the end helped propel them to Gold. As a defensive anchor and offensive rebounding machine he changed the identity of the first unit.

DeMarcus Cousins – Neutral – Cousins wasn’t horrible, but he wasn’t great. His offense struggled at times, he turned the ball over way too much, his defense lacked and he couldn’t stay out of foul trouble. But he did still play a key role, had some big moments and accepted his demoted role off the bench like a pro. It’s just time for the Kings to surround him with the right people and force him to grow up. His experiences with Team USA can only help.

George’s return to basketball in itself after destroying his leg two years ago in FIBA play is miraculous. Coming back so quickly to win a Gold must feel extra special to him. George was great off the bench and some even argued that he should have been a starter. He deserves the Sixth Man of the Olympics award.

For a team that lacked a great, playmaking point guard, Lowry stepped up and played a crucial role. He never forced his offense and played spectacular perimeter defense. The second unit was about as stingy as it gets defensively.

Butler was the leader of the second unit that considered themselves to be the “Pitbull Unit.” You can see why. His physical play on the defensive end set the tone and led to some big buckets at crucial times when points were hard to come by. George, Lowry, and Butler all had a lot to prove on this roster and did themselves and the coaching staff great justice.

Draymond Green – Down – Dray’s Olympics were disappointing. He was in the news for all the wrong reasons and found himself riding pine throughout most of the two weeks. There is no reason why he shouldn’t be grouped right in there with the “Pitbull Unit” but instead we are always going to remember his dick pic.

DeMar DeRozan – Down – Not quite sure what he was going to bring to the table from the start. Behind Thompson, Butler, George and Durant and the 2/3 position, it was going to be tough for him to see much action. When he did see the floor, he wasn’t ever able to get it together and eventually found himself out of the rotation altogether. Maybe the coaching staff hoped that by bringing both Lowry and DeRozan at least one of the Raptors would thrive.

Harrison Barnes – Down – Much like DeRozan, this roster move didn’t quite make sense. In such a strange time for Barnes, why was he a part of this team? He had a terrible Finals, got dumped by the Warriors for Durant and rarely saw the court in Rio. Worst of all, you never saw Barnes out having fun with his teammates. If he wasn’t playing basketball or partying, what did he do for the past two weeks?

To sum up the ludicrous money being thrown around in the NBA, this man just signed a $95 million contract. Unreal.

But then again, what’s more American than that?